Feral children are human children who have lived away from human contact from a very young age, and have little or no experience of human care, loving or social behavior, and, crucially, of human language. Feral children are confined by humans (often parents), brought up by animals, or live in the wild in isolation. There have been over one hundred reported cases of feral children, and this is a selection of ten of them.

SEE ALSO: Top 10 Tales Of Children Lost In The Wilderness 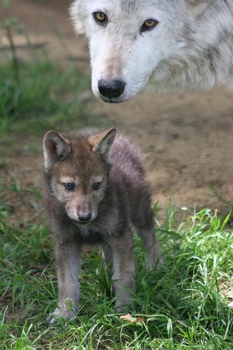 In May 1972, a boy aged about four was discovered in the forest of Musafirkhana, about 20 miles from Sultanpur. The boy was playing with wolf cubs. He had very dark skin, long hooked fingernails, matted hair and calluses on his palms, elbows and knees. He shared several characteristics with Kamala and Amala: sharpened teeth, craving for blood, earth-eating, chicken-hunting, love of darkness and friendship with dogs and jackals. He was named Shamdeo and taken to the village of Narayanpur. Although weaned off raw meat, he never talked, but learnt some sign language. In 1978 he was admitted to Mother Theresa’s Home for the Destitute and Dying in Lucknow, where he was re-named Pascal and was visited by Bruce Chatwin in 1978. He died in February 1985.

9The Wild Girl of Champagne 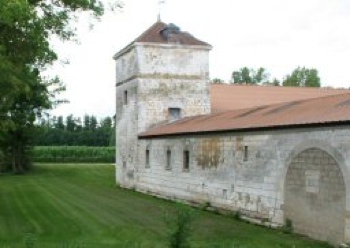 The wild girl of Champagne had probably learned to speak before her abandonment, for she is a rare example of a wild child learning to talk coherently. Her diet consisted of birds, frogs and fish, leaves, branches and roots. Given a rabbit, she immediately skinned and devoured it. “Her fingers and in particular her thumbs, were extraordinarily large,” according to a contemporary witness, the famous scientist Charles Marie de la Condamine. She is said to have used her thumbs to dig out roots and swing from tree to tree like a monkey. She was a very fast runner and had phenomenally sharp eyesight. When the Queen of Poland, the mother of the French queen, passed through Champagne in 1737 to take possession of the Duchy of Lorraine, she heard about the girl and took her hunting, where she outran and killed rabbits. 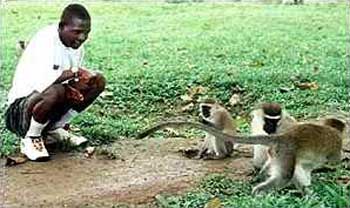 One day in 1991, a Ugandan villager called Milly Sebba went further than usual in search of firewood and came upon a little boy with a pack of monkeys. She summoned help and the boy was cornered up a tree. He was brought back to Milly’s village. His knees were almost white from walking on them. His nails were very long and curled round and he wasn’t house-trained. A villager identified the boy as John Sesebunya, last seen in 1988 at the age of two or three when his father murdered his mother and disappeared. For the next three years or so, he lived wild. He vaguely remembers monkeys coming up to him, after a few days, and offering him roots and nuts, sweet potatoes and kasava. The five monkeys, two of them young, were wary at first, but befriended him within about two weeks and taught him, he says, to travel with them, to search for food and to climb trees. He is now about 21 years old, and in October 1999 went to Britain as part of the 20-strong Pearl of Africa Children’s Choir.

Jean-Claude Auger, an anthropologist from the Basque country, was traveling alone across the Spanish Sahara (Rio de Oro) in 1960 when he met some Nemadi nomads, who told him about a wild child a day’s journey away. The next day, he followed the nomads’ directions. On the horizon he saw a naked child “galloping in gigantic bounds among a long cavalcade of white gazelles”. The boy walked on all fours, but occasionally assumed an upright gait, suggesting to Auger that he was abandoned or lost at about seven or eight months, having already learnt to stand. He habitually twitched his muscles, scalp, nose and ears, much like the rest of the herd, in response to the slightest noise. He would eat desert roots with his teeth, pucking his nostrils like the gazelles. He appeared to be herbivorous apart from the occasional agama lizard or worm when plant life was lacking. His teeth edges were level like those of a herbivorous animal. In 1966 an unsuccessful attempt was made to catch the boy in a net suspended from a helicopter; unlike most of the feral children of whom we have records, the gazelle boy was never removed from his wild companions. 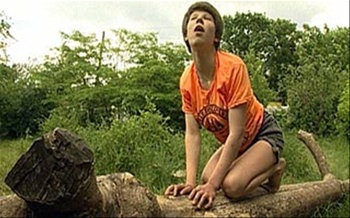 Oxana Malaya (born November 1983) was found as an 8-year-old feral child in Ukraine in 1991, having lived most of her life in the company of dogs. She picked up a number of dog-like habits and found it difficult to master language. Oxana’s alcoholic parents were unable to care for her. They lived in an impoverished area where there were wild dogs roaming the streets. She lived in a dog kennel behind her house where she was cared for by dogs and learned their behaviours and mannerisms. She growled, barked and crouched like a wild dog, sniffed at her food before she ate it, and was found to have acquired extremely acute senses of hearing, smell, and sight. 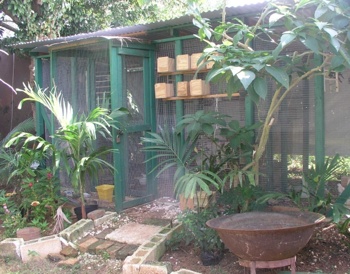 The most recent case of Mowgli Syndrome was that of a seven-year-old boy who was rescued by Russian healthcare workers after being discovered living in a two-bedroom apartment with his mother and an abundance of feathered friends. It would appear the small apartment doubled as an aviary with cages filled with dozens of birds. In an interview, one of his rescuers, Social Worker Galina Volskaya, said that his mother treated him like another pet. While he was never physically harmed by his mother, she simply never spoke to him. It was the birds who communicated with the boy

“He just chirps and when realising that he is not understood, starts to wave hands in the way birds winnow wings.” Quote from Social Worker, Galina Volskaya. 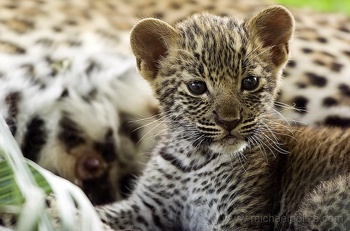 A leopard-child was reported by EC Stuart Baker in the Journal of the Bombay Natural History Society (July 1920). The boy was stolen from his parents by a leopardess in the North Cachar Hills near Assam in about 1912, and three years later recovered and identified. “At the time the child ran on all fours almost as fast as an adult man could run, whilst in dodging in and out of bushes and other obstacles he was much cleverer and quicker. His knees had hard callosities on them and his toes were retained upright almost at right angles to his instep. The palms of his hands and pads of his toes and thumbs were also covered with very tough horny skin. When first caught, he bit and fought with everyone and any wretched village fowl which came within his reach was seized, torn to pieces and eaten with extraordinary rapidity.” 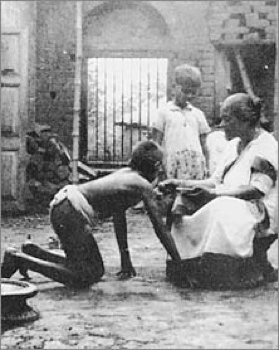 The most famous wolf-children are the two girls captured in October 1920 from a huge abandoned ant-hill squatted by wolves near Godamuri in the vicinity of Midnapore, west of Calcutta, by villagers under the direction of the Rev JAL Singh, an Anglican missionary. The mother wolf was shot. The girls were named Kamala and Amala, and were thought to be aged about eight and two. According to Singh, the girls had misshapen jaws, elongated canines, and eyes that shone in the dark with the peculiar blue glare of cats and dogs. Amala died the following year, but Kamala survived until 1929, by which time she had given up eating carrion, had learned to walk upright and spoke about 50 words. 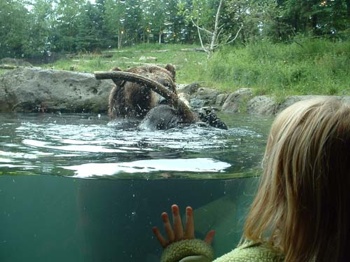 In 1937 George Maranz described a visit to a Turkish lunatic asylum in Bursa, Turkey, where he met a girl who had allegedly lived with bears for many years. Hunters in a mountainous forest near Adana had shot a she-bear and then been attacked by a powerful little “wood spirit”. Finally overcome, this turned out to be a human child, though utterly bear-like in her voice, habits and physique. She refused all cooked food and slept on a mattress in a dark corner of her room. Investigations showed that a two-year-old child had disappeared from a nearby village 14 years earlier, and it was presumed that a bear had adopted her. 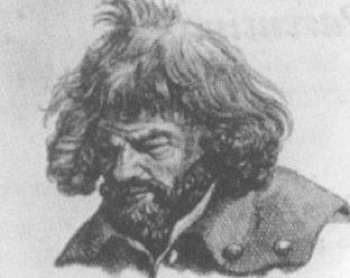 The first really famous feral child was Wild Peter, “a naked, brownish, black-haired creature” captured near Helpensen in Hanover in 1724, when he was about 12. He climbed trees with ease, lived off plants and seemed incapable of speech. He refused bread, preferring to strip the bark from green twigs and suck on the sap; but he eventually learnt to eat fruit and vegetables. He was presented at court in Hanover to George I, and taken to England, where he was studied by leading men of letters. He spent 68 years in society, but never learnt to say anything except “Peter” and “King George”, although his hearing and sense of smell were said to be “particularly acute”.

This article is licensed under the GFDL because it contains quotations from the Wikipedia article: Oxana Malaya.