While the navy’s aircraft carriers get most of the media’s attention, they make up a small portion of America’s surface combatants. Destroyers, the fast, mobile, weapons-packed greyhounds of the fleet are the actual backbone of the nation’s maritime presence, constituting a large percentage of the navy’s warships. Weighing in at around 9000 tons, destroyers are just over 500 feet long and 59 feet across (150 m x 18 m) at their widest point. They are deployed around the world and are one of the most advanced killing machines ever devised.

Serving aboard a destroyer is considered in naval circles as serving in the “real navy.” With a crew of over 300 confined within the small dimensions of the ship, life can be entertaining, amazing, and frightening at the same time. Short clips of destroyers in film, television, and recruiting videos paint a pretty rosy life aboard the small but robust vessels, but they leave out some vital details. Here are ten facts of life aboard a destroyer (or any small surface combatant) revealed after peeling back the Hollywood veneer.

10You Will Get Seasick 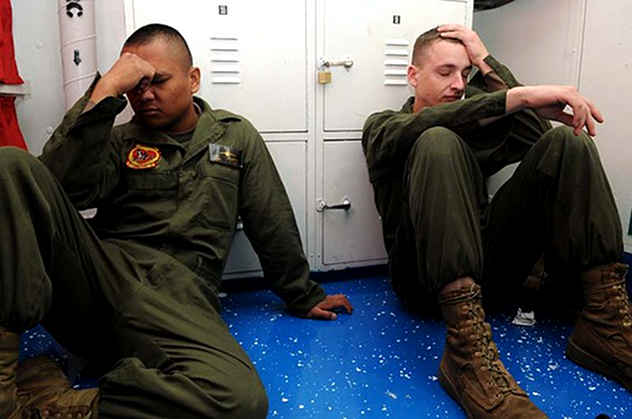 The good news is that you will eventually become accustomed to the rocking and rolling of the ship’s movements, and it might even help you sleep better at night. But no matter how well you can stomach the carnival rides, once the ship leaves the harbor it will be in constant motion, and you will get sick.[1] It will pitch, roll, and yaw: sometimes violently. In heavy seas, the entire bow of the ship can disappear under water, and rolls side-to-side of 45 degrees are not unheard of. Seas can be so rough that it can be dangerous to cook, leaving cold cut sandwiches for breakfast, lunch, and dinner.

The disheartening news is that, after you get your sea legs and can hold down breakfast, you will eventually hit a storm. The seas will get so rough that you have to experience the entire ordeal again. The only saving grace will be that even the crustiest of crewmembers will be hugging the toilet next to you. No matter how long a sailor has been at sea, the roughest of waters will reintroduce the queasiness you felt on your first days on the ocean.

9You Won’t Get Much Sleep 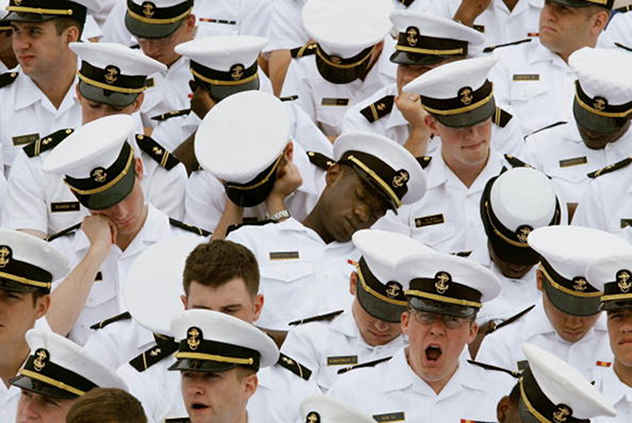 Studies indicate that workers need at least seven hours of sleep per day to function effectively, but only about a third of sailors have work schedules that accommodate that amount of rest.[2] That is navy wide and includes larger ships where crew size allows for more division of responsibility.

After a full work day of eight hours or more, expect to stand some sort of watch. That could include staring through a pair of binoculars, at a radar scope, or instrument gauges. It could also entail steering the ship or plotting navigation. Everyone has to stand after hours watch occasionally, some more than others. Then there are “special evolutions” like refueling from a tanker ship at sea, getting supplies from a helicopter, drills, and exercises . . . all of which the navy likes to conduct after hours.

The sailor’s worst enemy? A holiday at sea where you get to do nothing. The weekly schedule remains the same, only now the ship tries to pack seven days of drills and evolutions into six. Consider any day where you get four or five hours of continuous shut-eye a good day.

8Your Poop Will Be Everywhere 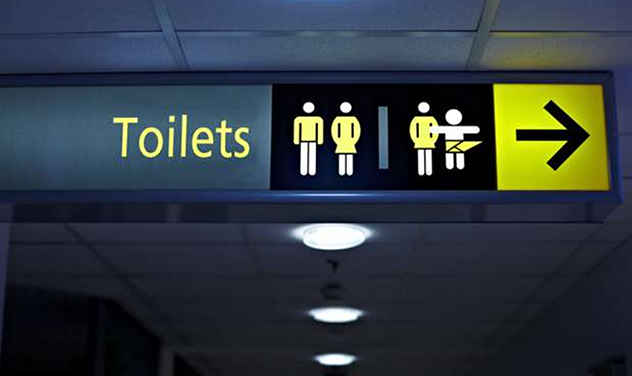 When you get 300+ people together, they eventually all have to go. And in the small space of a destroyer, the capacity to treat that amount of waste is minimal. The ships do have holding tanks, making it similar in some ways to a big RV at sea. Only RV owners have the opportunity to dump their sewage tanks at certified RV dump stations. Destroyers, that spend months on station, not so much.

Naval ships have a system known as Collection, Holding, and Transfer or CHT.[3] It takes the holding of the ship’s sewage tanks and grinds it into a putrid puree. In port, hoses are hooked up to the output valves and transferred to normal infrastructure sewage lines. At sea, as long as the ship is three miles (5 km) from the coast, it goes into the ocean, spewing your DNA all over the raging main. Think about that the next time you want to go for an open ocean swim.

7Your Accommodations Will Suck 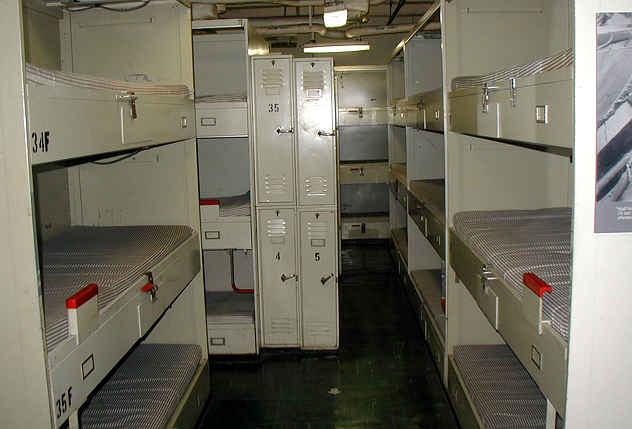 If you watch many military movies, you would think that everyone is an officer and at worst shares a stateroom. It is true that officers do have staterooms, albeit far from as luxurious as you see in most Hollywood productions. Unfortunately for you, only about 20 percent of people in the navy are officers.[4] You, my friend, will be sleeping in the ship’s berthing compartments.

Think of the ship’s berthing as one big bunk room, with bunks (called racks in the navy) stacked three high. Then imagine these stacks of three packed tightly into a room that is probably 30 percent too small. All packed with 40 or 50 snoring, sleep talking, hygiene-challenged shipmates, all of who you will see naked within a few days of being on the ship. Then remember that either above you, below you, or to one side will be a fuel tank, an ammunition magazine, or the ocean; or all three. Sleep tight. 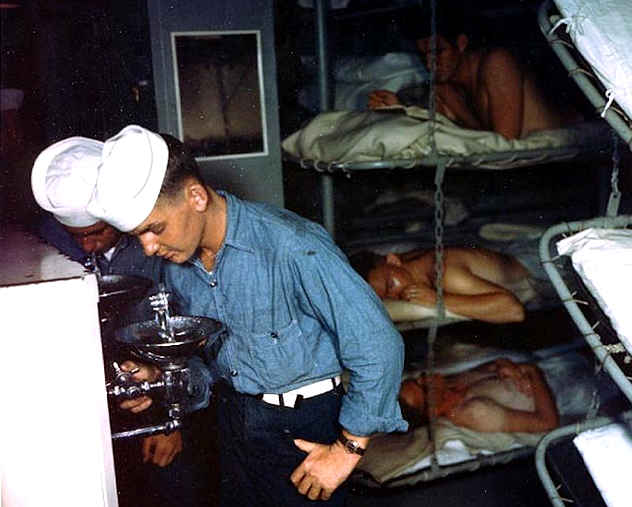 Prisoners in cells are required to have 25 square feet of space; you will have less.[5] In addition to the previously mentioned sardine like conditions in your berthing compartment, the same sleeping area has rows of minuscule lockers to pack uniforms and whatever personal items you can shoehorn into the same. The space in your living area will make a jail cell seem spacious.

Leave your sleeping quarters for breakfast, and the mess decks, as they are called, will be packed with other sailors eating scrambled eggs. You start your day with a formation, standing close to others in your division. Then off to your work center with less, but still many, other sailors in your specialty rating. The closest you will have to any privacy will be the thin metal wall between you and the toilet stall next to you. 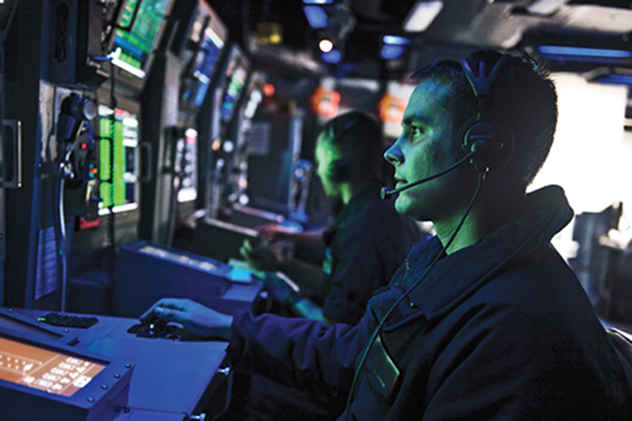 Destroyers are multi-warfare platforms. They can shoot down missiles and aircraft in the sky, sink other vessels on the surface, and submarines under the sea. The catch is that of all these warfare areas, destroying a sub is the hardest. Unlike the movies where ships go running about pinging their sonar attempting to get a sound echo off of the hull of the sub, it is more about listening.

Firstly, pinging the active sonar will broadcast your position to any submarine for miles around. Secondly, sound waves bend depending on the temperature and salinity of the water. Chances are you won’t find anything blaring out sound waves into the sea. Sonar operators rely on highly sensitive hydrophones to detect and analyze the noise a sub makes, and then motion analysis is used to determine its position. The navy’s passive sonar systems are state of the art and getting better all the time. The problem is that subs are getting quieter all the time. The acronym for Anti-Sub Warfare is ASW, but ask any sailor involved, and they will tell you it means Awfully Slow Warfare. Hunting subs is tedious, takes hours, and you often come up empty-handed. Just hope the enemy sub is having a hard time as well.[6]

4Shooting down Missiles Is Terrifying 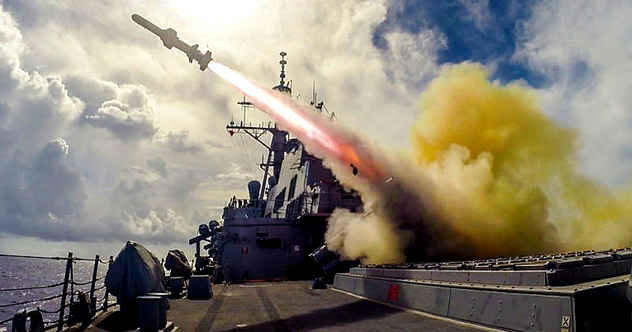 While sub hunting is long and boring, Anti-Air Warfare is a fast and furious few minutes that can be mind numbingly terrifying. Sensors can detect aircraft flying at altitude hundreds of miles away. But most anti-ship cruise missiles hug the surface of the ocean, often screaming in at less than 100 feet (30 m) above the water. The curvature of the earth makes detection via radar limited to around 30 miles (48 km).[7] The most probable first clue that a missile is coming to put you on the bottom of the sea is the sound of the anti-ship cruise missile alarm.

With many types of anti-ship missiles flying in excess of twice the speed of sound, you will get about a minute to detect, track, and launch your missiles against the threat. It is the exact opposite of hunting submarines. Missile to missile engagements are over in minutes; minutes filled with stark terror.

3You Will Be “That Sailor” 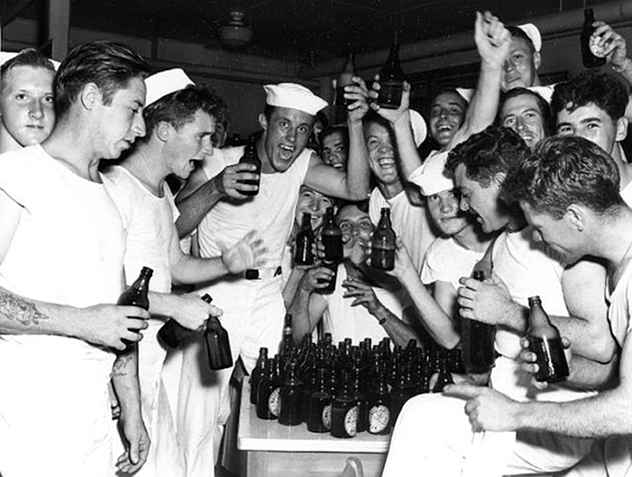 Most youngsters join the navy with good intentions. They intend to be the nation’s best ambassador while visiting foreign ports, enjoying local cuisine, culture, and sights. No one thinks he or she will be the “drunken sailor” that everyone who has lived in a coastal port has stories about and causes mothers to keep their daughters locked inside. That would never be you, would it?

Now imagine that for well over a month you have been trapped on a 500-foot (150 m) long piece of steel with over 300 people. Eating crappy food, getting little sleep, and denied any sort of alcohol or the company of the opposite gender (while warships have mixed crews today, fraternization of any sort is strictly forbidden). Now your destroyer pulls into an exotic port for four days. One of those days you are on the duty roster and cannot leave the ship. You now have three days to blow off a month’s worth of steam. Now factor in that the average age of US Navy sailors is 20.[8] Many are younger. At some point during your tour, you will be “that sailor.”

2The Food Is Better Than You Think, but It Still Sucks 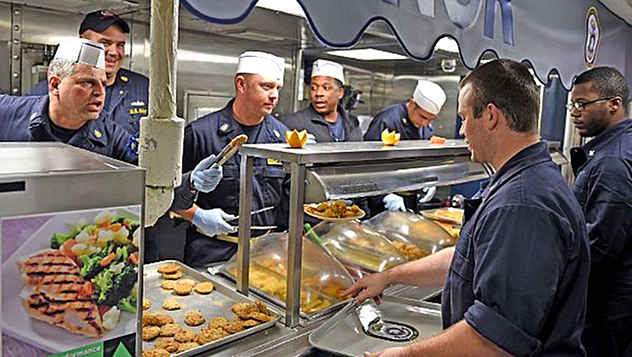 Navy chow has come a long way in the past decades. Previously, those that cook the meals were aptly called Mess Management Specialists (because cafeterias on ships are called mess decks), and the navy ran its own schools. After over a century of sailors complaining about shipboard food, the navy and other services joined forces and now operate a joint culinary school.[9] Mess Specialists even changed their name to Culinary Specialist. It worked. Shipboard food improved greatly.

Despite a marked increase in skills, the ship’s cooks can only work with what they have. Freezer and refrigerator space is limited, as is the ability to replenish supplies. Understandably, the navy often opts for canned or non-perishable goods over fresh. Fresh fruit and vegetables become in short supply after about a week at sea. As does real milk. You will quickly discover breakfast is the best meal of the day. It’s hard to screw up eggs, even powdered ones.

1Everyone Is a Firefighter 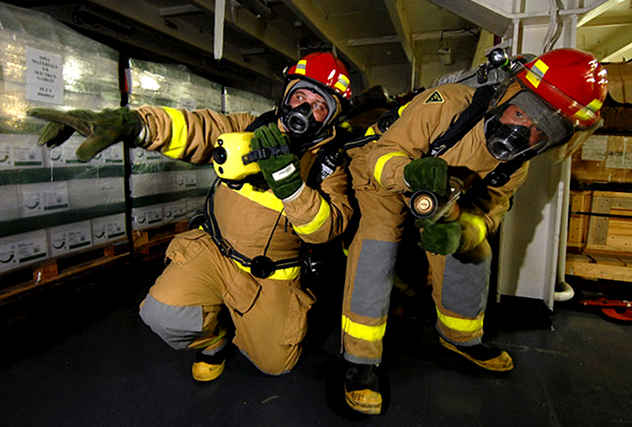 When your house is on fire it can be a harrowing experience. If the fire gets out of control, you will have to run outside and watch your home burn to the ground. On a destroyer at sea, if your house is on fire you have no place to run. Either you fight the fire and win, or you end up adrift in the ocean, in a lifeboat if you are lucky.

It is those circumstances that require all hands, from the captain to the lowest seaman, to become trained firefighters. Everyone stationed aboard a ship attends mandatory shipboard firefighting school where they learn how to use the ship’s damage control equipment.[10] Remembering that the entire ship is full of fuel and ammunition provides an extra incentive to pay attention in class.

Tom Lohr spent 24 years in the Navy, mostly aboard destroyers and frigates. He was, on more than one occasion, “that sailor.”