After two weeks’ absence, Morris M. is back to guide you through the news leading to September’s midpoint. From tropical storms to groundbreaking elections to further escalation on the Korean peninsula, here’s what’s been happening in the world.

10 Mexico Was Hit By The Biggest Earthquake In A Century 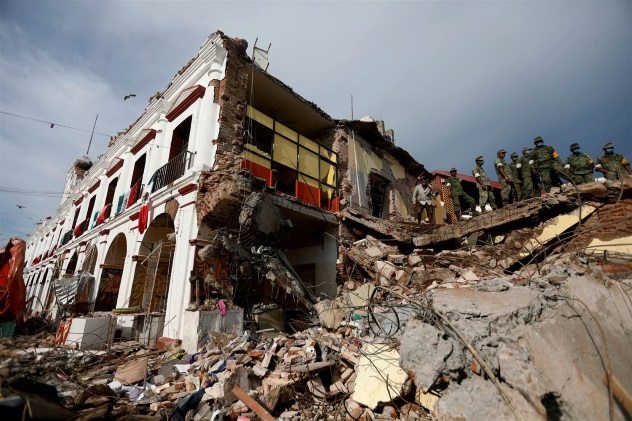 Last Friday, as most of us were awakening to a normal day of work and reading list-based websites, Southern Mexico was waking up to a nightmare. At midnight the previous night, the strongest earthquake in nearly a century struck off the coast of Chiapas state.

Measuring an 8.1, it caused buildings to shake as far away as Mexico City. Hundreds of thousands were evacuated. Thousands saw their homes destroyed. By the start of this week, the death toll had reached nearly 100.[1]

Although it was seismically powerful and caused a catastrophe in the states of Chiapas and Oaxaca, this quake was far from the deadliest on record. A weaker quake in 1985 leveled half of Mexico City, killing at least 5,000. Compared to those numbers, the Chiapas quake death toll was mercifully low.

The quake was also responsible for a diplomatic spat between Mexico and the US. Mexico had previously pledged funds to help Texas rebuild after Hurricane Harvey. When the White House chose not to reciprocate following the Chiapas quake, Mexico pulled the plug. 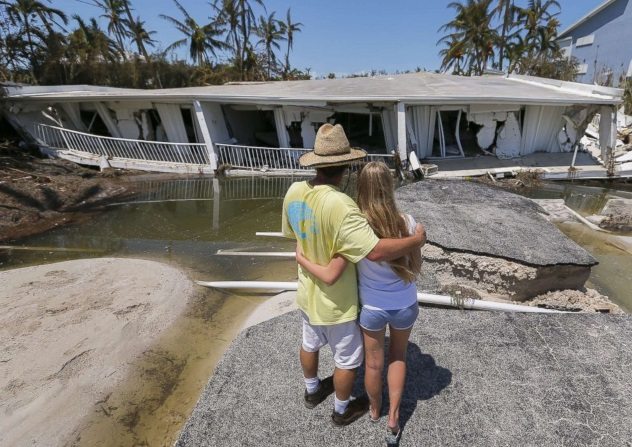 While Mexico was grappling with its earthquake, Florida was in the grip of a ferocious hurricane. As this column reported last week, Irma had already devastated the Caribbean. There were real fears that it could cause unprecedented damage to the Southern United States.

Thankfully, Irma’s destructive power petered out not long after landfall—but not before the storm could unleash hell on the Florida Keys. As of this writing, FEMA is reporting that 90 percent of Keys homes are damaged. A quarter have been completely destroyed. 24 people are dead, with another seven dead in Georgia and South Carolina. Irma could have been worse, but it was still horrific as it was.

In a story laced with tragedy, perhaps the most tragic aspect came to light on Wednesday. Following days without power in the suffocating heat, eight patients at a Florida Keys care home died before they could be evacuated.[2] The images of their bodies being silently wheeled out encapsulated the heartbreak Irma caused across so many countries. 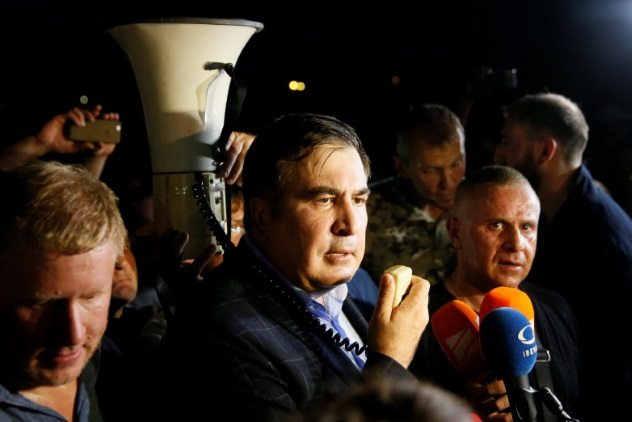 Mikheil Saakashvili has a habit of irritating governments. The former president of Georgia, he’s wanted in his home country on criminal charges. Ironically, his adopted home country of Ukraine doesn’t want him at all. In November 2016, President Poroshenko stripped Saakashvili of his citizenship (conferred when Saakashvili became governor of Odessa) and kicked him out the country.

On Sunday, Saakashvili decided to show the Ukrainian government just how irritating he can be. He and a crowd of his supporters massed on the Polish border. After several rousing speeches, they then stormed past the guards and into Ukrainian territory. Luckily for everyone involved, the Ukrainian border guards chose not to open fire.[3]

Saakashvili is an anti-Kremlin, pro-democracy firebrand who should be a good fit for a western-looking Ukraine. As governor of Odessa, though, he claimed to have found evidence that President Poroshenko was facilitating corruption. He claims Poroshenko’s stripping him of his citizenship was illegal and has demanded to be let back into Ukraine. This weekend, he briefly got what he wanted. 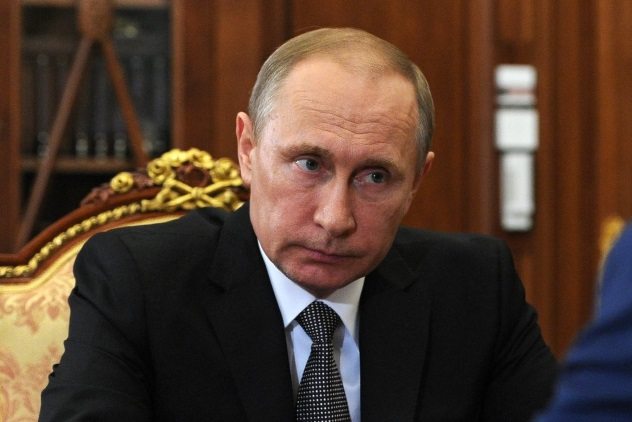 Sticking with Eastern Europe for a moment, the weekend also threw up an unexpected surprise in Moscow. Muscovites went to the polls to choose who controlled the city’s district councils—largely a rubber-stamping exercise, as Putin allies usually win every single one of the 1,502 seats.

Only this year, they didn’t. In a surprise election twist, a coalition of opposition parties managed to pick up 250 of the seats on offer. This is the first time in years that left-wing, anti-Putin parties have had any official representation on Moscow’s councils at all.[4]

For Russia, this was the closest thing the political scene has seen to a revolution in years. Parties Yabloko and Parnas combined forces with independents and first-time candidates under the banner of Kremlin critic Dmitry Gudkov. They engaged in mass voter registration drives (something way harder to do in Russia than in the US) and intense grassroots campaigning. The result was beyond their wildest expectations.

It’s important to not overstate this. Putin’s United Russia party still dominated the election, pulling in over 75 percent of all votes cast. However, the result was still a surprising black eye for a leader not used to opposition. 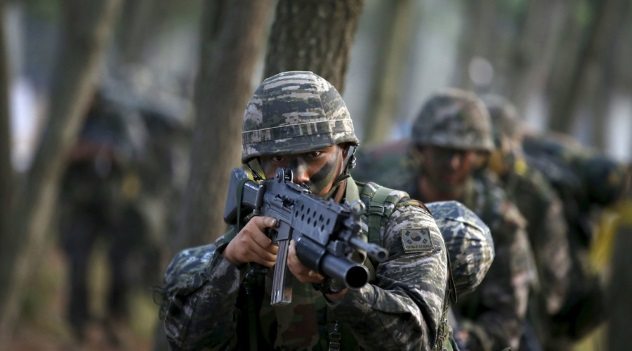 South Korea’s left-wing President Moon does not want nukes in his country. This presents a problem, as his northern neighbor is a belligerent madman who wants to turn the whole world into a radioactive wasteland.

This week, Seoul finally presented its answer to this problem. Rather than use a nuclear deterrent, they’d use a far more targeted and potentially far more effective one. Spartan 3000 is an elite South Korean suicide squad with a single mission: to penetrate North Korea and use any methods necessary to kill Kim Jong-un.[5]

The unit is part of South Korea’s new “Decapitation strategy” to counter the North’s nuclear threat. Moon has calculated that Kim cares far less about his population dying in a radioactive fireball than he does about having his throat slit in the middle of the night. As a result, he may fear Spartan 3000 more than South Korean missiles.

Interestingly, this isn’t the first time South Korea has tried such a tactic. A Dirty Dozen–style collection of criminals were assembled in the 1960s to try and take out Kim Il-sung. It’s hoped that Spartan 3000 will succeed where they did not. 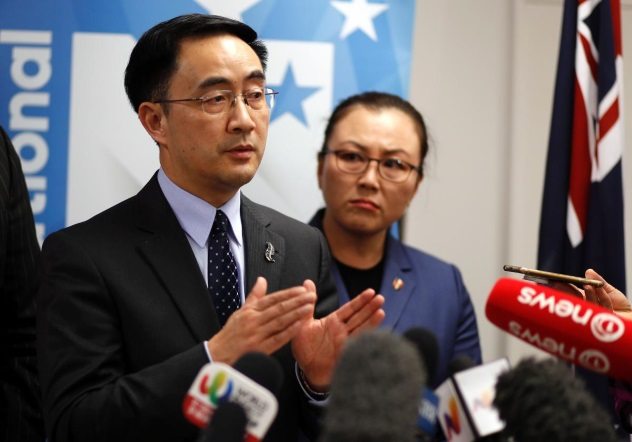 Jian Yang is an MP of New Zealand’s ruling National Party with a talent for raising vast sums of money. This week, his country’s own intelligence agency accused him of having a second talent: leading a double life as a Chinese spy.[6] If true, it would mean that Beijing had managed to plant an agent at the heart of the Five Eyes intelligence pool without anyone noticing.

Yang is known for advocating closer ties with China and for positions that often echo Beijing’s agenda. But this is the first time anyone has suggested he’s actually in the pay of the Chinese government. The accusations relate to a decade Yang spent at Chinese military academies, teaching English to cadets linked to China’s intelligence services. Supposedly, he did this as part of his own work in the field.

It’s important to note that Yang denies the charges, and New Zealand’s prime minister Bill English has said the MP was cleared before joining the government. It could yet turn out that the accusations are nothing more than New Zealand intelligence jumping at shadows. 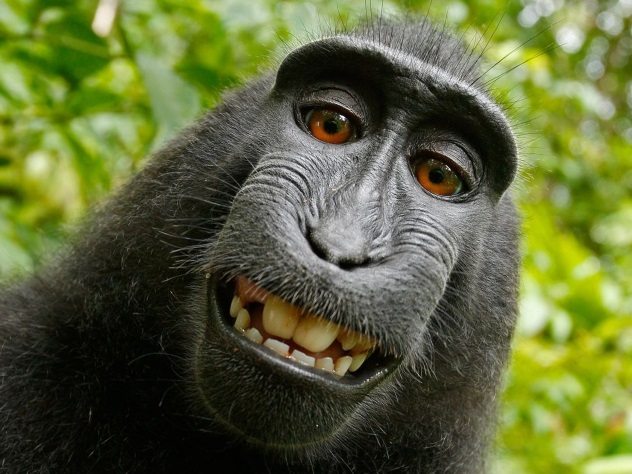 There has possibly never been a dumber case heard in a US court than the one involving the monkey selfie. Taken by a macaque in Indonesia using photographer David Slater’s equipment, it ended up going viral on the Internet. Understandably mad that he wasn’t seeing any money, Slater tried to claim some royalties for his image. A lawsuit was opened, which ended when a judge ruled that Slater couldn’t copyright the image, as it was taken by an animal.

If this sounds bad enough for Slater, wait ’til you hear what happened next. PETA sued Slater on behalf of the monkey, claiming that any money Slater made from the photos belonged to the macaque and its descendants. The case reportedly left Slater a penniless emotional wreck.

This week, the dumbest case in US copyright history finally ended with a settlement between Slater and PETA.[7] Under the agreement, Slater will now donate 25 percent of his revenue from the selfie to protecting macaques in Indonesia. The case may yet wind up affecting American law, as both PETA and Slater have reportedly asked for a lower court ruling that animals cannot hold copyright to be thrown out. 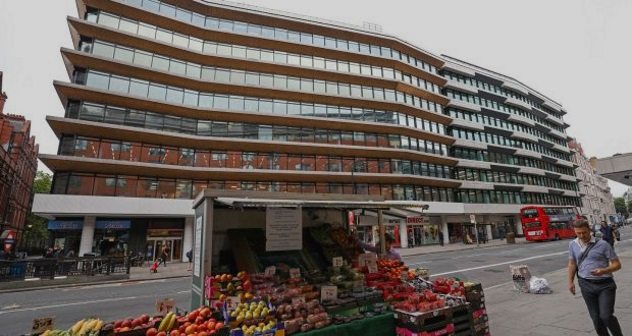 The name Bell Pottinger doesn’t rhyme with “morally bankrupt,” but it in an ideal world, it would. The London-based communications firm was notorious for running fake grassroots campaigns, drumming up support for people like Chilean dictator Augusto Pinochet. But it was their work with the Gupta business family in South Africa that marked their career low.

In 2016, the Guptas came under sustained media scrutiny for political favors from President Jacob Zuma. Rather than defend themselves in the press, the Guptas hired Bell Pottinger to orchestrate a smokescreen that would drive the story off the front pages. Bell Pottinger decided the best way to do this was by whipping up some race hate.

The scandal was revealed in July, but it was only last week that Bell Pottinger finally did the decent thing and collapsed. It will not be missed.

2 Singapore Elected Its First Female President (Without An Election) 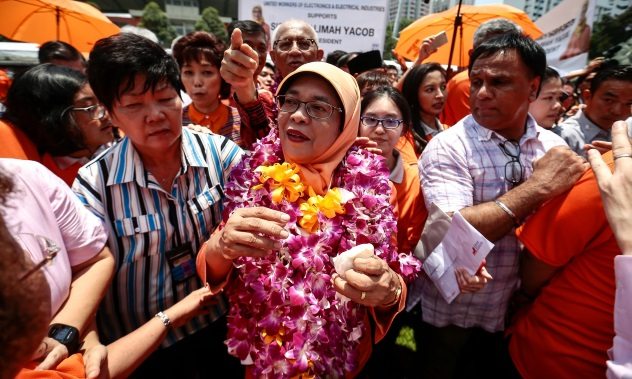 Well, that’s one way to smash the glass ceiling.

On Wednesday, Halimah Yacob breezed past an incredible number of Singaporean milestones. She became the tiny Asian country’s first female president. She also became the first president from the nation’s ethnic Malay minority. By rights, progressives over the world should have been celebrating her victory.

There was just one little problem: Yacob won without an election. None of the other candidates were permitted to stand.[9]

Singapore has incredibly strict guidelines about who can run for president. This year, only members of the Malay minority were permitted to stand, in a bid to foster racial harmony in the ethnic Chinese–dominated state. On top of that, long-standing clauses stopped anyone not already in the government from running unless they could prove they headed a company with shareholder equity to the tune of $500 million. Unsurprisingly, no one passed these dual tests. Yacob became president by default.

This isn’t the first time Singaporean presidents haven’t had to face the electorate. Sixth president S.R. Nathan won twice without an election, and every president prior to Ong Teng Cheong’s election in 1993 was appointed by the government. 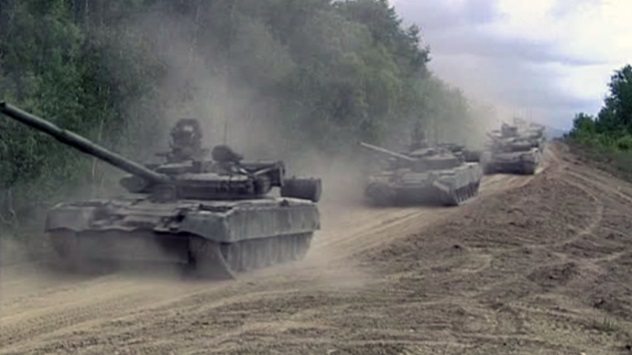 Some estimates have called it the largest Russian war game since the Cold War. On Thursday, thousands of Russian and Belarusian troops began a multiday war simulation along their western borders. Known as Zapad-2017 (the Russian word for “West”), the war games were logistically impressive . . . and strategically terrifying.

Russia’s estimates put the number of soldiers involved at around 13,000. NATO, however, believes it’s closer to 100,000. (Russia has a history of severely underreporting troop numbers.) This has caused anxiety in NATO’s eastern members. The reason for these worries? The last few major war games staged by Russia ended in actual wars.[10]

In February 2014, Russia used training exercises as an excuse to station troops along the Ukrainian border. A month later, they annexed Crimea. In 2008, the South Ossetia War between Russia and Georgia was preceded by similar exercises. Some of NATO’s jumpier members worry this could be a preamble to Russia invading the Baltic nations.

Such an outcome is probably unlikely. In both previous cases, Putin already had an excuse for intervening in Ukraine and Georgia, something he doesn’t have where any NATO states are concerned. That won’t stop the war games from causing sleepless nights in Warsaw, Vilnius, Riga, and Tallinn, though.