We all know that people can become attached to their pets. However, some people take it to such an extreme that they will their pets a fortune just to make sure that the animals are taken care of properly after the owner’s death. 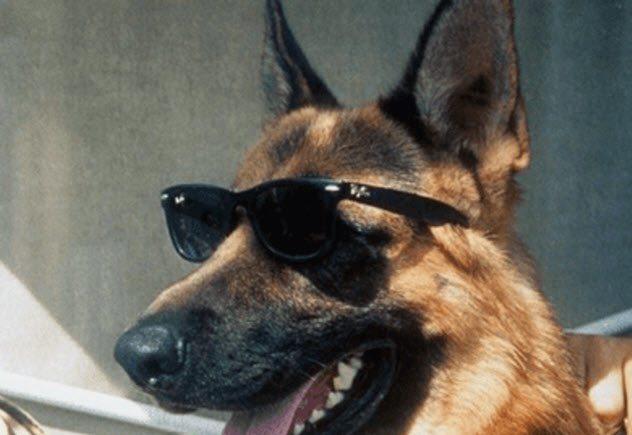 Karlotta Liebenstein willed all of her approximately $65 million (£43 million) fortune to her German shepherd, Gunter III. He received the money and assets after her death in 1992 and lived large until his own death. Thereafter, the estate, which was already worth $200 million, went to his son, Gunther IV.

Gunther IV enjoys a life of luxury. He has mansions in Italy and the Bahamas and once purchased another mansion with eight bedrooms in Miami from famous pop singer Madonna for $7.5 million. He even got to sleep in the master bedroom where Madonna used to sleep.

Today, Gunther IV is worth over $400 million. He rolls in a chauffeur-driven limousine and has a maid and butler at his “bark” and call. He cools off by relaxing by his personal swimming pool, which is customized to his taste.[1] 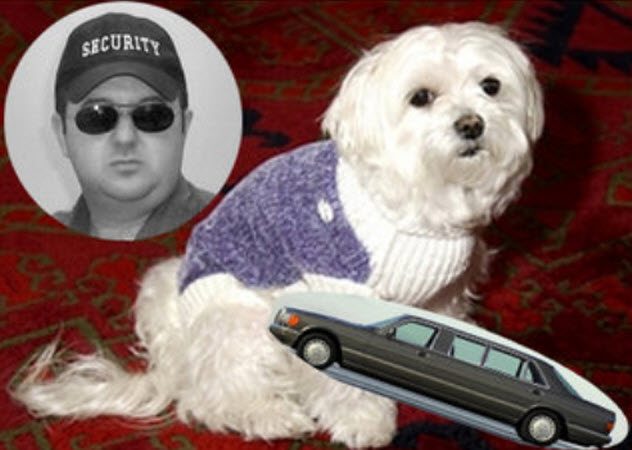 Trouble, a white Maltese, inherited a $12 million fortune after the death of her owner, Leona Helmsley, in August 2007. While Trouble did not receive the bulk of Helmsley’s estate (most of it went to charity), she got far more than Helmsley’s relatives. The mausoleum in which Leona Helmsley was buried alongside her husband even fared better than many of her relatives. Mrs. Helmsley set aside $3 million to have it cleaned every year.

Her brother, Alvin Rosenthal, received millions of dollars on the condition that he take care of Trouble. Two of Helmsley’s four grandchildren also got $5 million each on the condition that they visit their late father’s grave once a year. The other two got nothing. According to Helmsley, they already knew why.[2]

Trouble soon found itself in trouble after the Helmsley relatives decided to contest the will in court. The court agreed that Helmsley was suffering from mental problems when she wrote the will and ruled that the dog should only receive $2 million of the initial $12 million bequest. The two grandchildren who originally got nothing were awarded $6 million by the court. 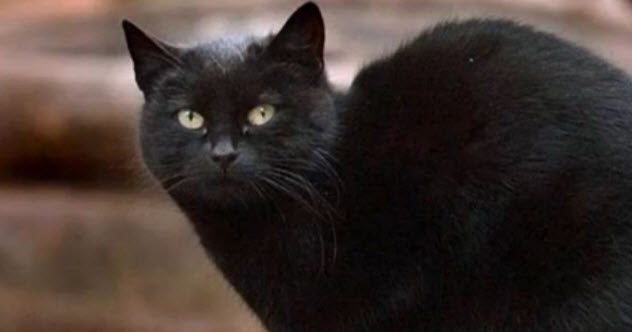 The tale of Tommaso is the perfect grass-to-grace story. Once upon a time, he was a stray cat. Then he was adopted by Maria Assunta, a lonely widow without any children. Tommaso became Maria’s baby, so it was no surprise when Maria willed her entire $13 million estate to the black cat.

According to Italian law, animals cannot inherit estates.[3] However, they can be listed as beneficiaries once a trustee is named. Prior to her death, Maria had asked her lawyers to find an animal welfare group to which she could will her estate on the condition that they take care of her cat. But they could not find one. The trustee ended up being Stefania, the nurse who took care of Maria before her death. 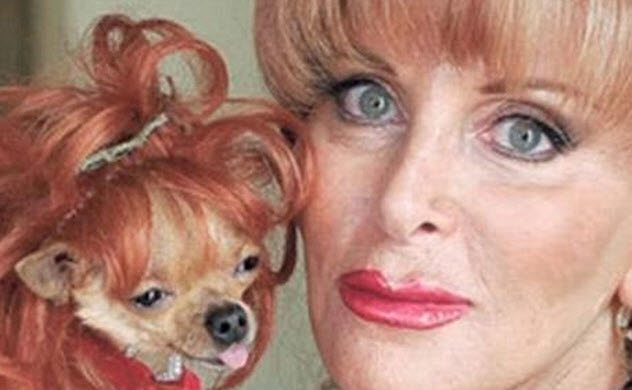 Three dogs became instant millionaires after inheriting an $8.3 million beach home and a $3 million trust fund from their owner, Gail Posner. Even before Posner’s death, the dogs—Conchita, Lucia, and April Maria—lived large. They had their own staff, made weekly trips to the spa, and wore expensive necklaces.

Bret Carr, the only son of Gail Posner, was not impressed with the arrangement. He only got the income from a $1 million fund, which is less than what some members of Ms. Posner’s staff received. All told, her employees split $27 million.[4]

Bret filed a lawsuit to challenge the will. He argued that the staff had drugged his mother and then brainwashed her to will her estate to the dogs so that her employees could control it. Bret’s lawyer supported his stance, stating that Gail had a drug problem, suffered from several health issues, and was easily influenced. 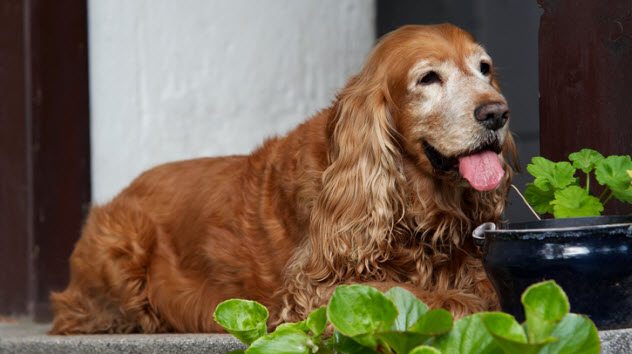 In 1996, Sidney Altman, 60, willed a huge chunk of his $6 million estate, including $350,000 in cash, to Samantha, his cocker spaniel. His longtime girlfriend, Marie Dana, was to act as Samantha’s guardian. Dana, who was in her early thirties, would be paid $60,000 a year to care for Samantha and could continue to live in Altman’s Benedict Canyon house in California until the dog died.

After that, the arrangement with Dana would stop immediately. She wouldn’t get any more money and would have to leave the home in Benedict Canyon. According to the will, the house would be sold and the money donated to two animal charities.

Dana wasn’t happy with that outcome. She had been living with Altman for six years and expected that he would take care of her financially through his will after his death. Instead, the dog got everything.

At the time of Altman’s death, the dog was 15 years old, which was approximately equal to 75 human years. So Dana knew that she could only get her annual payments for a few years at most. She contested the will and demanded $2.7 million of Altman’s estate. She said that Altman had promised to care for her after she moved in with him.[5]

Her lawyer, Cary Goldstein, argued that the will was outdated when Altman died. He had written the document in 1994, a few years after Dana started living with him. Yet Altman described Dana only as a “good friend” in his will. Meanwhile, he wrote that Samantha was a “loving companion” and his “primary concern.” He did not want to see her suffer. 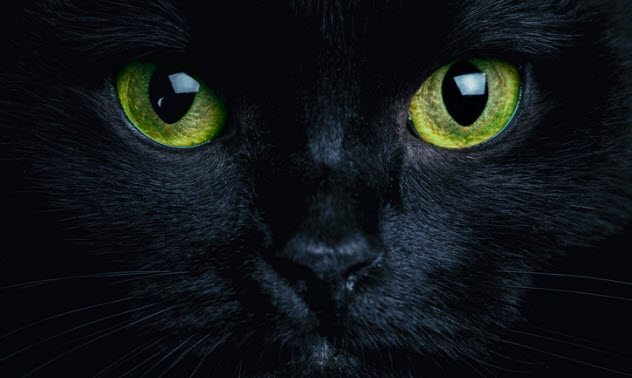 Blackie maintains a place in the Guinness World Records as the richest cat ever. He did not work his butt off for the money. He got it from an inheritance. Blackie received £7 million ($12.5 million) after the death of his owner, Ben Rea, in May 1988. Rea shared the money among three cat charities on the condition that they take care of Blackie.[6]

Ironically, Rea left nothing for his relatives. However, his gardener, mechanic, and plumber got some money. A friend also got a house. Blackie was not the only cat that had been owned by Rea. He was just 1 of 15 and would have shared his wealth with them if they hadn’t died earlier. 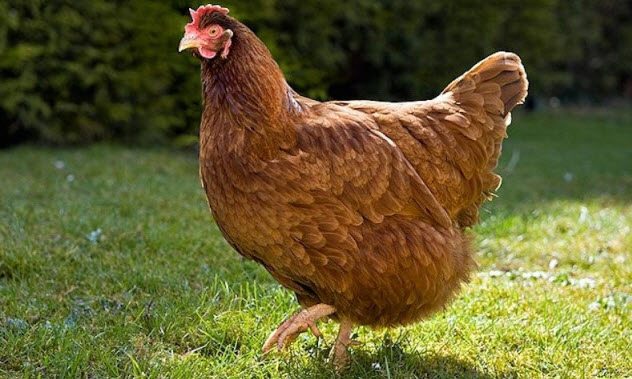 If you feeling a little undervalued after learning about all the money left to cats and dogs, don’t despair. Yet. It’s gonna get worse. Even a chicken inherited a huge fortune. Yes, Gigoo the chicken received $15 million (£10 million) after the death of its owner, Miles Blackwell, in 2002.

Blackwell’s wife, Briony, had died of chemical sensitivity three weeks earlier. The couple was childless, and Gigoo was their favorite fowl. So they did not think twice about willing the tender bird their fortune.

Gigoo’s inheritance was actually the smaller chunk of the Blackwell fortune. The couple also willed $42.5 million (£30 million), the bulk of their money, to the Tubney Charitable Trust that they had set up for the promotion of art, music, and animal welfare in 1997.[7]

The donation immediately catapulted the little-known trust to a spot among the top 30 charities in Britain in terms of donations received. The trust agreed to use part of the money to fund research into the multiple chemical sensitivity that had killed Briony. 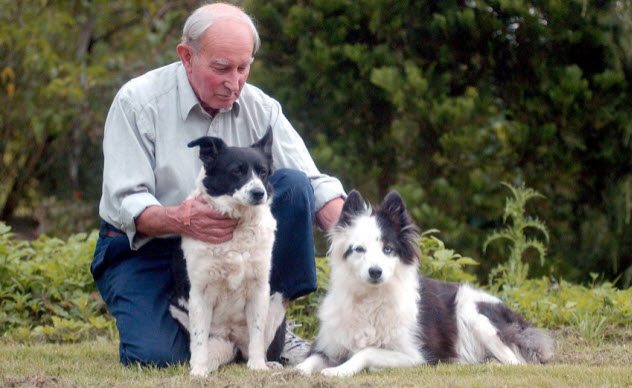 Nora Hardwell died on December 31, 2002. She was 89 and had never married. Her two collie crosses, Tina and Kate, were her only companions. It was even said that she spent time on only three things: dogs, poetry, and gardening. So it was no surprise that she willed £450,000 to her dogs.

Hardwell didn’t specifically mention the names of Tina and Kate in her will. Instead, she stated that the money should be used to take care of any dog or dogs she owned at the time of her death for a period of 21 years or until the death of the last living dog, whichever came first.[8]

Thereafter, any remaining money was to be split between four charities, two of which had to be dedicated to animals. After Hardwell’s death, both dogs were taken care of by her gardener, Henry Escott. He received £5,000 in the will. 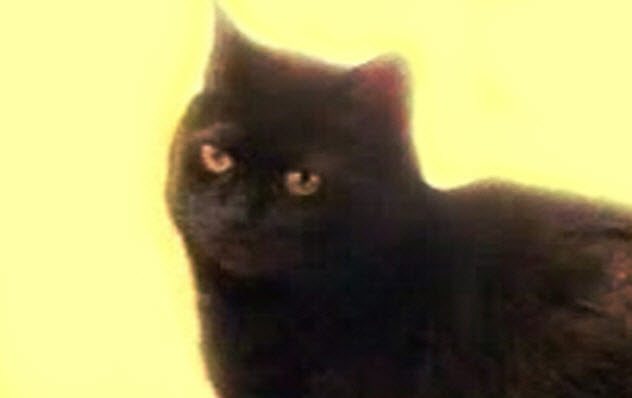 Margaret Layne died in 2002. She had no children. In her will, she left her three-bedroom London home worth £350,000 and about £100,000 in cash to her favorite cat, Tinker. Her friends, Ann and Eugene Wheatley, were to act as the cat’s caretakers. They would inherit the house and the remaining money whenever Tinker died, left the house, or went missing for a certain period of time.[9]

Solicitor Wynne Thomas raised his fears about the will because it gave the Wheatleys every reason to “deliberately” make the cat go missing. The Wheatleys denied that they could ever do such a thing. They had been caring for Tinker for over 18 months when Layne was in a nursing home. Ann Wheatley also received £25,000 of Layne’s fortune. 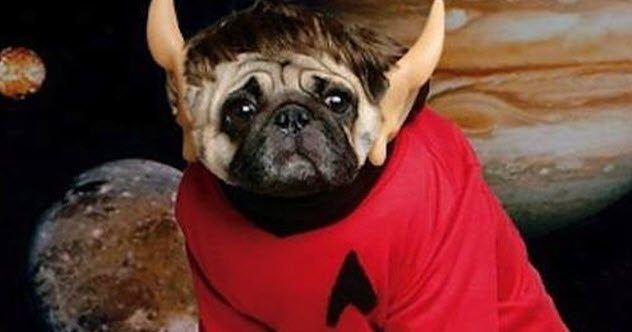 Majel Roddenberry was the wife of Gene Roddenberry, the creator of Star Trek. She had been involved in the Star Trek franchise from the very beginning—the original TV pilot in which she played the first officer to Jeffrey Hunter’s captain. (That pilot didn’t air in its entirety until 1988 and was never made into its own series.)

Majel took on a new role as Nurse Chapel on the actual first Star Trek series, which premiered on television in September 1966. She continued working on various Star Trek series and movies until her death in December 2008. In her will, she left $4 million for her pets just to make sure they were comfortable after her demise.

She also left $1 million to domestic staff member Reinelda Estupinian in exchange for looking after the pets. Majel says she chose Reinelda to care for the pets because she was the best person for the job. Majel even added that Reinelda cared for the animals better than she did.[10]

There was no mention of how many pets Majel had or whether they were cats, dogs, or a mixture of both. Her will only mentioned “cats or dogs” without going into detail. Unlike others who bequeathed a fortune to their animals while leaving their relatives with almost nothing, Majel left $60 million and a mansion to her son, Eugene Roddenberry Jr. He was also to receive birthday gifts of $10 million when he turned 35, 40, and 45.

For more fascinating stories of animals that were treated like humans, check out Top 10 True Stories Of Animals Running For Political Office and 10 Animals That Were Sentenced To Death For Their Crimes.