This was it. The week the US, France, and Britain finally took concerted action on Syria, pounding regime targets with missiles in response to last week’s chemical attack. While it briefly looked like this could be the trigger for wild escalation, we’ve yet to see Russia bombing Western targets in revenge. So the good news is that we’re not yet in World War III. The better news is that means you’re still alive to read about all the other crazy stuff that happened this week. Lucky you.

10 The US, UK, And France Bombed Syria 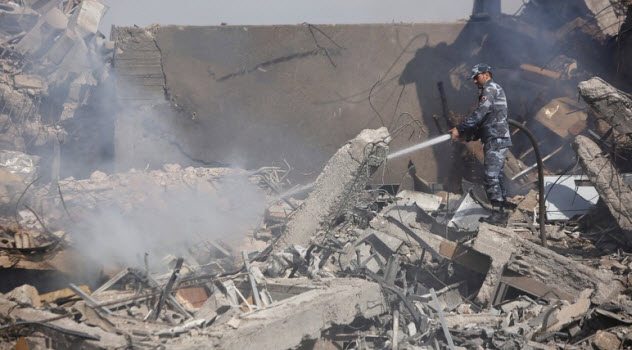 Early on Saturday, over 100 missiles slammed into targeted sites in Syria, reducing buildings to rubble and leaving flames licking the skyline. The attack was a joint effort by the US, UK, and France to deter the regime forces of Bashar al-Assad from using chemical weapons in Syria’s ongoing civil war. It marked only the second time that Western powers have directly attacked government institutions in Syria’s seven-year conflict.[1]

The buildings targeted were all said by the Pentagon to be involved in the manufacture of chemical weapons. This is important as Assad has a nasty habit of deploying chlorine gas, mustard gas, and nerve agents like sarin against his own population. The hope of Trump, Macron, and Theresa May was that the attack would both cripple Syrian WMD production and deter regime forces from using such weapons in the future.

Prior to the attack, there were ominous warnings that Assad’s Russian allies would respond by shooting down missiles or attacking US assets. In the event, all Russia seemingly did was warn Assad in advance to evacuate the targeted buildings. 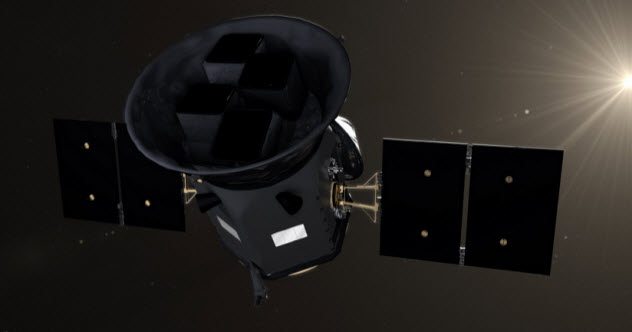 If all goes well, we may be on the verge of finding up to 3,000 habitable, Earthlike planets in our galaxy. That’s the goal of NASA’s Transiting Exoplanet Survey Satellite (TESS), a fascinating new telescope launched into orbit on Wednesday. Sent up on the back of one of Elon Musk’s Falcon 9 rockets, TESS has a strange orbit that will see it circle Earth twice for every one Moon orbit.

Thanks to its unusual orbit, TESS is going to be able to capture images of deep space without any interference. Here’s where it gets really cool. The satellite is hefting four wide-vision cameras, capable of looking at almost the entire night sky. It’s estimated that TESS will capture and catalog half a million stars, a significant number of which should be circled by planets capable of supporting life.

The hope is to use TESS to give us an idea of what exoplanets we should be monitoring for signs of life and then use the much more powerful James Webb telescope launching next year to have a closer look.[2] 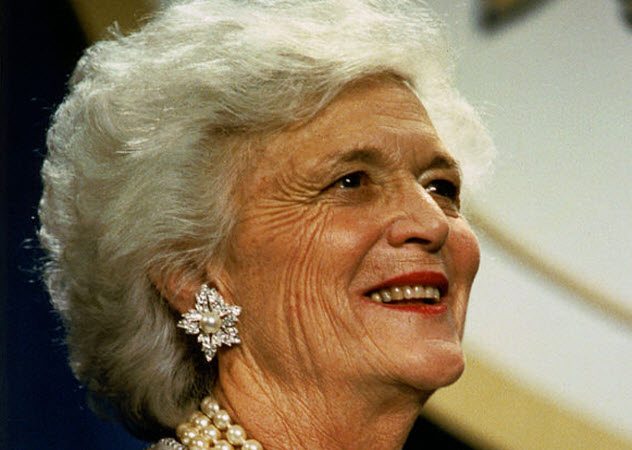 Back in the 1990s, it must have looked like Barbara Bush was the quiet one, the first lady who wouldn’t leave much of a mark. Compared to Nancy Reagan or Hillary Clinton, she was quaintly old-fashioned. But, from our 2018 perspective, we can see that this underestimated her. The wife of President George H.W. Bush and the mother of President George W. Bush, Barbara Bush had a claim on being one of the most powerful women in US politics.

On Tuesday, the Republican matriarch finally died, having declined further medical treatment for an illness only a day or so before. She was 92.[3]

Her legacy is an interesting one. She is one of only two women in history to have been both first lady and mother of a president. (The other is Abigail Adams, wife of John Adams and mother of John Quincy Adams, fact fans!) She was also a fierce campaigner for children’s literacy and a behind-the-scenes shaper of the Republican Party for decades. While her family’s power might have waned over the past few years, there’s no doubt that she left her mark on American history. 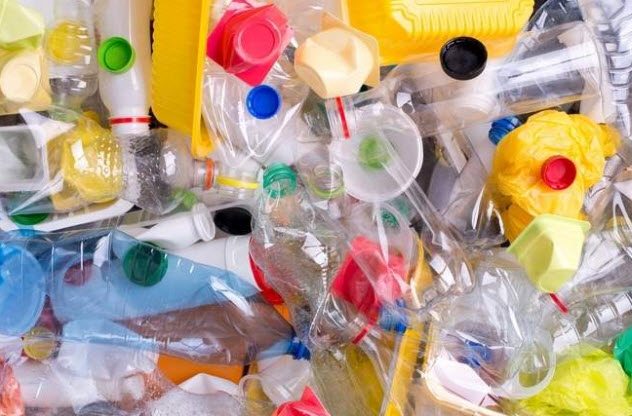 Every minute, one million plastic bottles are purchased, less than a fifth of which will be recycled. As such, we’re now looking at a natural environment that’s absolutely chock-full of plastic waste. Hmm. If only there was some way we could just create an enzyme that would break down all that plastic and eat it in no time flat.

Well, guess what? That’s now something we can totally do. This week, an international team of scientists revealed that they’d accidentally created an enzyme that attacks plastic waste with gusto. It could be the beginning of the end of our plastics problem.[4]

The enzyme is a modified version of one found naturally occurring in a Japanese waste dump in 2016. The team accidentally triggered a mutation that allowed it to process plastic 20 percent faster. While that doesn’t sound like much, the truly mind-blowing bit is in the implications. Scientists now think we could one day create a superfast enzyme that could break down plastic for recycling quickly and on an industrial scale.

6 The Commonwealth Of Nations Prepared To Choose Its Next Leader 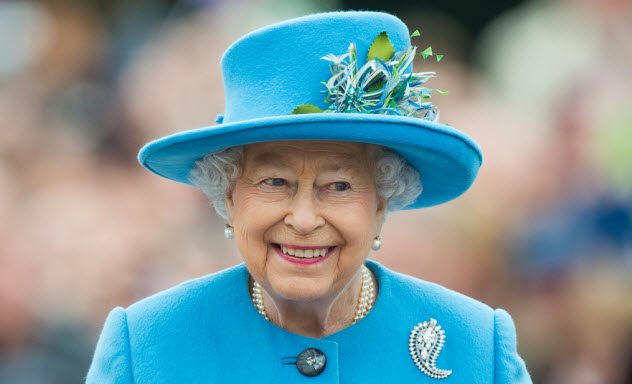 The Commonwealth of Nations is one of biggest associations of states in the world, comprised of 53 countries that mostly had ties to the British Empire (Rwanda and Mozambique being two glaring exceptions). The grouping counts such heavy hitters as the UK, India, Australia, New Zealand, and Canada alongside big regional players such as Nigeria and Kenya.

Queen Elizabeth is 91. Even with the best will in the world, she likely won’t be around too much longer. That means King Charles III for Britain, but the Commonwealth may well take a different path. If such a split does occur, it’ll be interesting to see who the new choice is. 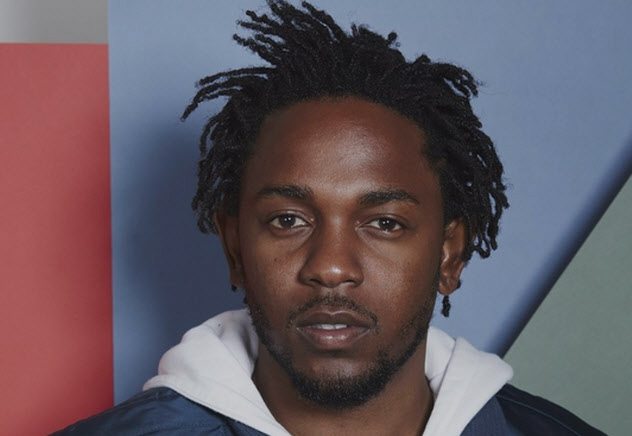 The Pulitzer Prize is kind of a big deal. Situated just below the Nobel Prize in terms of “holy heck, this is incredible” but above fare like the Oscars or Grammys, it signals importance on a colossal scale.

It also signifies the sort of elitism that would make most people chew off their left foot in exasperation. Since the Pulitzer for music was launched in 1943, it has almost always been awarded for contemporary classical. The only other genre the board used to touch was jazz and then only long after it had lost its social significance. (The first Pulitzer for jazz was awarded in 1997, 32 years after the board refused a recommendation to award one to Duke Ellington.)[6]

Well, not anymore. In a surprise announcement this week, the Pulitzer for music was awarded to Kendrick Lamar for his hip-hop album DAMN. It marks hip-hop’s final transition from outcast genre to the mainstream.

Along with Bob Dylan’s Nobel Prize for Literature in 2016, it also marks a huge shift in prestigious awards away from rarefied forms toward something more popular.

4 The End May Have Begun For Shinzo Abe 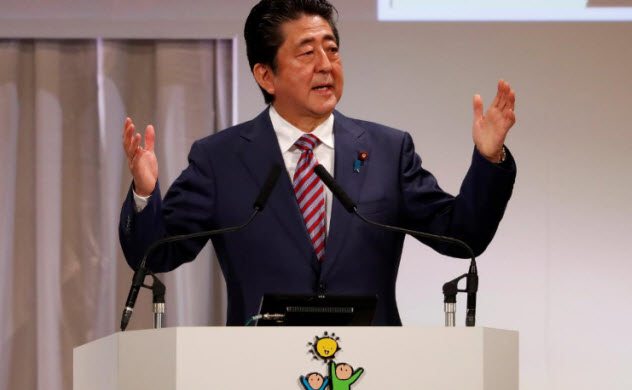 Take this entry with a pinch of salt. Over the past year or so, this column has reported several times on scandals, social shifts, and rumors that seemed to spell the imminent end of Japan’s long-serving PM Shinzo Abe. Every single darn time, he’s clung on like some sort of political limpet, immune to the crashing tides.

Still, a report on Monday was sufficiently gloomy that it might just be the real deal. After a slew of cronyism scandals, a sexual harassment scandal that this week felled a finance minister, and a series of polls showing his support at record lows, Abe’s former mentor Junichiro Koizumi took to the airwaves with a simple message for the embattled PM: Be gone by June, or the party will kick you out.[7]

Although Abe survived a general election last October, his Liberal Democratic Party is holding internal elections for leader in September. If Abe were to lose these, he’d also lose his position as PM. So Koizumi believes he’ll resign to avoid being pushed.

Still, none of this is set in stone. There’s every chance that this column will still be filing premature entries on Abe’s political demise come the year 2064.

3 A Surprise Asteroid Came Within Spitting Distance Of Earth 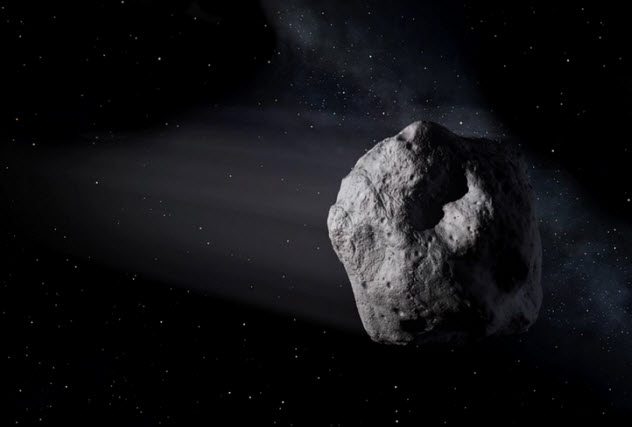 As you were sleeping early on Sunday morning, an asteroid bigger than a football field quietly rumbled past the Earth, coming within half the distance of the Moon. Known as 2018 GE3, it’s one of the largest rocks to ever graze our planet. Had it hit, you would have known about it. 2018 GE3 is about the size of the asteroid that devastated Tunguska in 1908. A direct hit on a populated area could have destroyed an entire city.

Close encounters with asteroids like 2018 GE3 aren’t as super rare as we’d probably like them to be. Similar rocks passed close to Earth in 2001 and 2002, with another due in 2029. The truly shocking thing about Sunday’s flyby, though, was how in the dark we were. Scientists were only alerted to this potential city destroyer 21 hours in advance.[8]

The near miss shows our technical limits when it comes to tracking asteroids. While we’ve got a handle on most of the ones big enough to induce Armageddon, smaller ones still capable of causing millions of deaths pass under our radar. 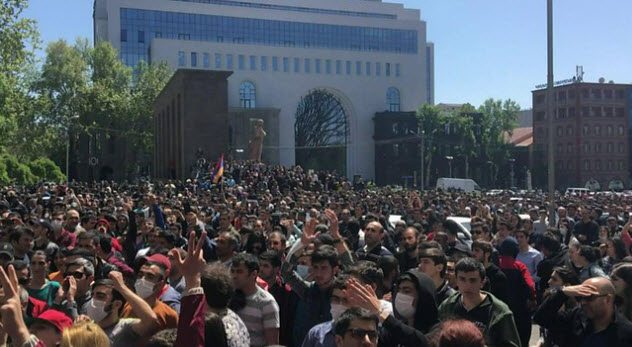 Serzh Sargsyan is kind of the very definition of a weasel. The former president of Armenia, he served his constitutionally allowed two terms between 2008 and April this year. However, in 2015, he spearheaded a referendum that changed Armenia from a presidential to a parliamentary system, effectively removing power from the president and handing it to the prime minister.

At the time, Sargsyan promised that he wouldn’t seek the position of PM after his presidential term ended. Surprise, surprise, his resolve didn’t last very long. Sargsyan stepped down as president of Armenia on April 9. This week, the legislative body in Yerevan voted to make him its newest prime minister. Armenia exploded in a wave of protests.[9]

At the time of this writing, protests are approaching the weeklong mark and show no signs of slowing down. Armenian youth are hungry for meaningful change, and just about everyone is fed up with Sargsyan’s permanent rule. Whether the protests will change anything is another matter. When the wannabe autocrat was elected amid widespread vote rigging in 2008, Armenians took to the streets. Eight people died, yet Sargsyan is still here. 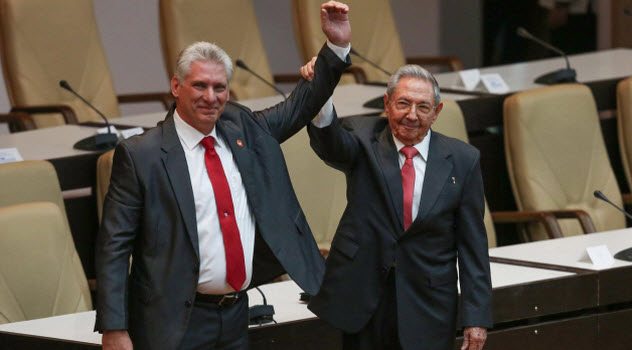 This is it, one of the most historically significant handovers of power since Robert Mugabe was forced at gunpoint to give up his leadership of Zimbabwe. This Thursday, Raul Castro finally stepped down as leader of Cuba, a position he’d held since taking over from his brother Fidel in 2008. For the first time since 1959, Cuba will be led by someone other than the Castro brothers.

That the same dynasty has ruled Cuba for nearly 60 years is nothing short of extraordinary. Most Cubans alive today have no memories of the revolution against the corrupt, Mafia-linked Batista government. Indeed, the man taking over from Raul, Miguel Diaz-Canel, wasn’t born until Fidel had already seized power. A new generation is now finally taking power on the island nation.[10]

However, don’t expect many great changes. Diaz-Canel is a party man in step with Raul on most issues, bar a softening on some areas like LGBT rights. Still, many young Cubans will now be pinning their hopes on him to deliver change by opening up the state-run economy. We’ll have to wait and see if their hopes are rewarded.