With the Turpin case in early 2018, the media brought back the phrase “horror house,” which has been used over the years to describe any house where terrible tragedies occurred. Kidnappings, rapes, rotten corpses—the atrocities seem to mirror the worst of Hollywood horror movies.

Some people argue that these events are the fault of society—that neighbors, visitors, social workers, and the police should have seen the clues and stopped things quickly. Was it truly that no one knew anything was wrong . . . or that no one wanted to get involved? Are these events criminal only or a failure of our mental health system as well?

Increasingly, these types of questions are raised each time a new horror house is uncovered. Here are 10 that defy explanation.

10 The Turpin House
US 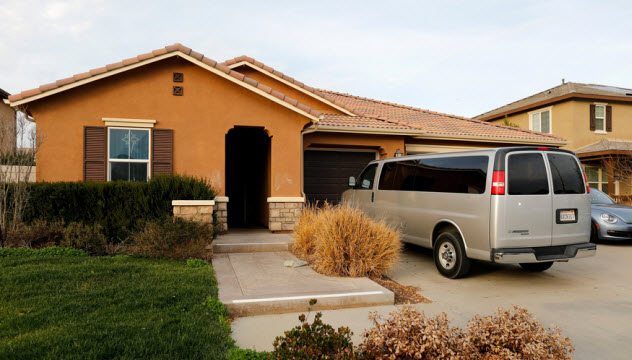 In Perris, California, the Turpins had 13 children in chains all over the house. They were underfed and often beaten in the dark, smelly structure. In January 2018, one of the girls managed to sneak out a window and expose the situation. She had been working on her escape plan for more than two years.

The children were tied up for weeks or even months at a time, were allowed to shower only once a year, and were not provided with any kind of entertainment. They were only allowed to write in journals.

The torture was also psychological. The couple would buy food (including pies) and let it sit on the table or counter. But the children were not permitted to eat the food. The kids had never even heard of medications or dental care.[1]

A disturbing Facebook profile of the couple showed Shining-like family pictures and a fake Elvis for a fake wedding. From 2 to 29 years old, the children were so emaciated that they looked like they were years younger. They did not go to school. The Turpin father handled his children’s education with a perfectly legal home school. Horror.

9 The Small House That Smelled Of Corpses
Japan 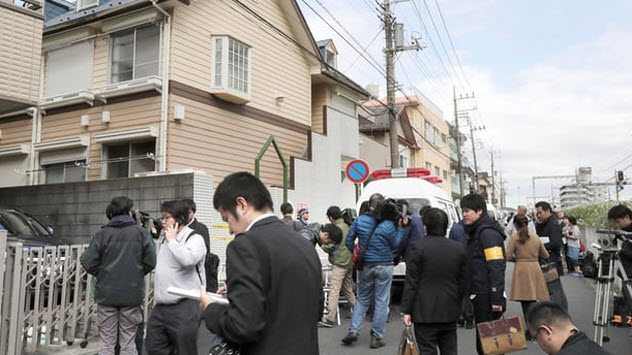 In late 2017, the police came across nine corpses in a house in Tokyo’s suburbs. The bodies were mutilated, beheaded, and stacked in cardboard boxes. The 27-year-old suspected murderer was using an arguably efficient technique to cover the smell: He had covered the bodies with cat litter. The neighbors had been complaining about the smell, but they assumed it was coming from the sewers.[2]

When investigating the disappearance of a 23-year-old woman, investigators linked her to the house’s occupant. The missing woman had contacted the man via social media while seeking someone for a suicide pact. The two were captured by security cameras outside train stations near the horror apartment.

The death penalty still exists in Japan. If this man is convicted of multiple murders and sentenced to death, he won’t get the same treatment as his victims because the Japanese don’t use the guillotine. Their death penalty is carried out by hanging. 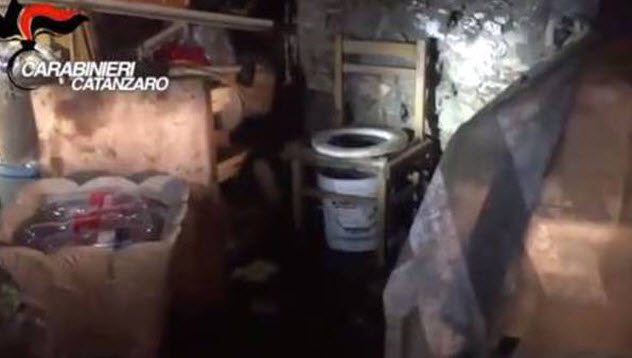 When kidnapping a young woman, it is not the best idea to go out for a car ride with the child who was born after the woman was raped and who looks so sick that the police notice it. That is what really happened to Aloisio Francesco Rosario Giordano, a 52-year-old Italian man from Gizzeria. He had been sequestering a 29-year-old Romanian woman for 10 years and had had two children with her.

The poor woman lived in a closet in the rodent- and roach-infested basement with no water, electricity, or bathroom access. Giordano had already been sentenced for similar facts back in 1995.

At first, the Romanian woman, then 19, was hired as a carer for the man’s ill wife. It was only after his wife died that he locked the poor carer in the basement. She was repeatedly beaten, tortured, and raped. Giordano would tend to the most serious wounds himself—in a fairly rudimentary way as he was no doctor.[3]

The two children were forced to watch the abuse of their mother. They even had to participate at times if they didn’t want to face a beating themselves.

7 Anthony Sowell And The Rotten Corpses
US 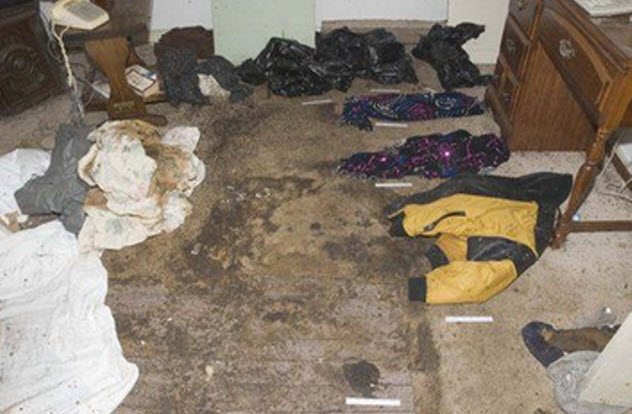 The biggest problem when killing people in your own house is the smell.

After some time, Cleveland investigators ended up taking into account the repeated complaints from the people of a backstreet who did not understand why it was stinking so much around their homes. In 2009, law enforcement finally broke into Anthony Sowell’s house.

Sowell was a veteran who had become a serial killer. He had been convicted and sentenced in a rape case in 1989 and was released from prison in 2005. Apparently, he had learned his lesson from his past experience and decided to strangle every new victim after raping them.

Then he would bury the bodies in his garden or cut them into pieces. With one victim, police found only her head in the house. One week before the morbid discovery, the neighbors had seen a naked woman falling from Sowell’s second-floor balcony into the garden, but the police did not take any action. Investigators found six rotting female corpses inside the house and five more buried in the garden.[4] 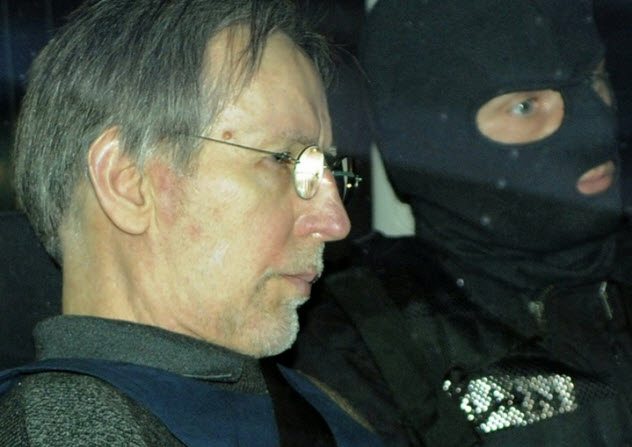 Michel Fourniret and Monique Olivier had sealed a morbid alliance through their correspondence while Michel was in prison. After he was free, they started carrying out rapes and murders following this process: Monique would reassure the little girls by her presence while Michel raped and killed them. To be able to kill without being disturbed, they committed their crimes in a manor they bought near the French-Belgian border.[5]

During his time in prison, Michel had become friends with a member of the “Gang of the postiches.” Michel would get a share of the gang’s money if he made contact with that inmate’s wife and dug up the money. Fourniret did all this. But instead of taking part of the money, he killed the inmate’s wife and took all the cash. In the manor’s garden, several corpses were found. 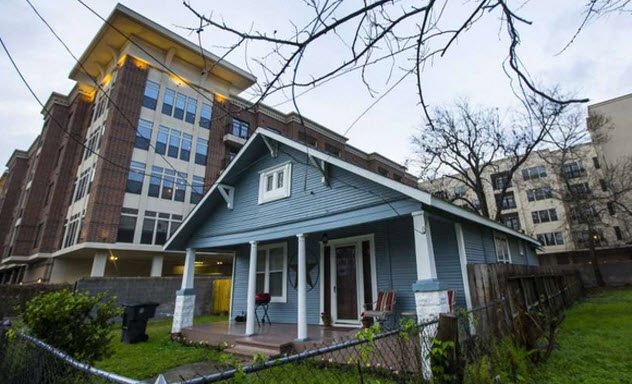 In 2017, a couple bought a new house in Houston. The place had supposedly been empty for two years after the previous resident, Mary Cerruti, vanished and stopped paying the mortgage in 2015. She had rarely been seen outside the house since the development of a real estate project around her neighborhood.

Long story short: During the investigation, dead cats were found inside the house. But there was nothing more, so the case was closed and the house was put up for sale. The new owners began some work on the house and found Cerruti’s bones hidden inside the walls. Her skeleton showed signs of animal disturbance, too. The couple who had just bought the house didn’t sleep there.

It was a complete mystery when the discovery was made. Was she killed and stuffed into the wall, or did she somehow end up trapped in the wall and died because of that?

In March 2018, authorities announced that Cerruti had most likely fallen through a broken attic floorboard and become trapped in the wall. At least one neighbor isn’t buying it. Roxanne Davis doesn’t believe that Cerruti’s body could have fallen through a crack that was only a little wider than a one-dollar bill.[6] 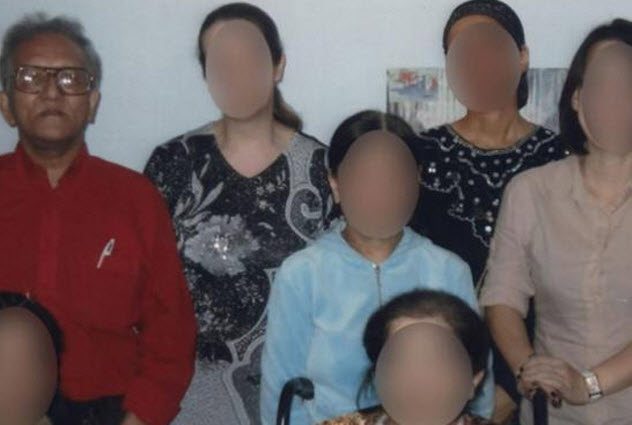 In 2013, Aravindan Balakrishnan, a 75-year-old Maoist guru, was arrested with his wife after two followers of their cult went to the police with rape complaints. As the investigation would prove later, he had been sexually abusing all the followers of his women-only collective, which he had founded 40 years earlier.

When investigators went to the Balakrishnan home, they found that the couple had been sequestering their daughter for 30 years in the cellar. According to the father, the young woman had been beaten since her fourth birthday to exorcise her “fascist tendencies.” She was slapped with slippers or a McDonald’s balloon stick that “Comrade Bala” had kept for this sole purpose.

She never saw her extended family, made friends, or went to school or a doctor’s office. As a child, she became so lonely that she talked to the taps in the bathroom and tried to make friends with the rats and mice in her cellar.[7] 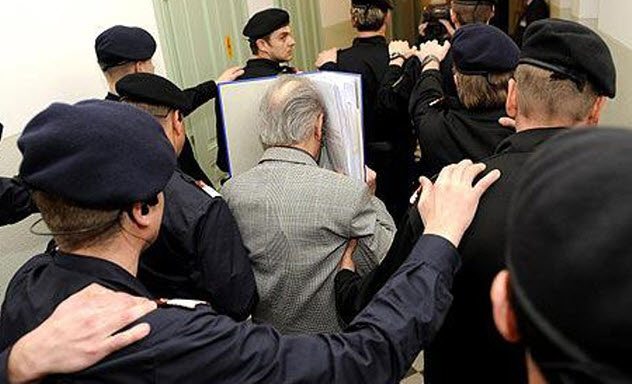 A small—and cute—family house in Amstetten, Austria: That is where Josef Fritzl kept his daughter, Elisabeth, in chains and raped her starting in 1984. Elisabeth got pregnant seven times. One died shortly after birth and was cremated in the wood stove. Three were brought upstairs to live with Josef and his wife..

When the eldest daughter, Kristen fell ill with renal issues, she was brought to hospital. The attending doctor felt something was up, spurring renewed interest in the initial disappearance. When Elisabeth showed up at the hospital, the police were informed and she was sequestered and questioned. In 2008, she bravely agreed to testify on tape for her father’s trial. In these recordings, she explains what her life had been like for those 24 years that she had been imprisoned.[8]

Josef had made her watch pornographic videos with him before forcing her to reenact them. The door to the cellar had been booby-trapped in such a way that Elisabeth would have died if she had tried to escape. The 11 hours of her testimony had to be broken up in short segments so as not to traumatize the jurors. 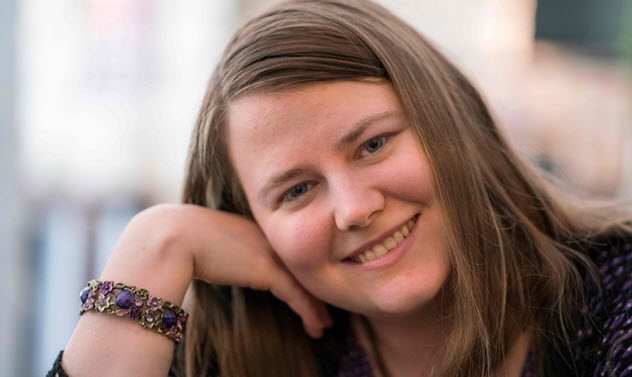 Natascha Kampusch was kidnapped when she was 10 years old by Wolfgang Priklopil, who raped her on a regular basis. She lived in isolation in an underground cellar. At age 18, Kampusch managed to break out on August 23, 2006, and was found near Vienna.

After the young woman broke free, Priklopil committed suicide by throwing himself under a train. Kampusch’s vibrant testimony shed light on the life conditions and the feelings of guilt among victims of long sequestrations. Kampusch’s case is also a strong example of Stockholm syndrome, in which a kidnapping victim feels a bond with the perpetrator.

When “Wolfi” died, Kampusch cried and threw herself over his body at the mortuary. In 2008, she bought the house in which she had been confined and still visits it occasionally to make sure that it is kept in order. Now that Priklopil is dead, she seems to have a bond to her horror house.[9]

1 The Garrido House
US 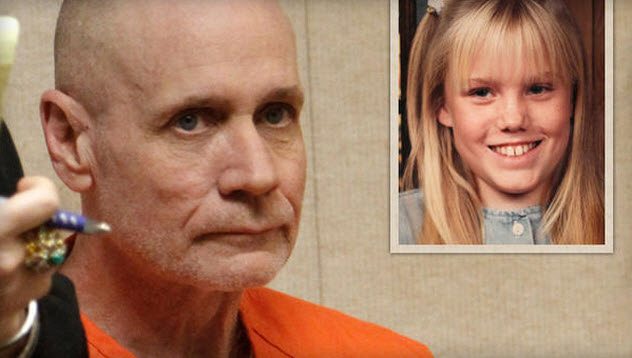 In 1991, Philip and Nancy Garrido kidnapped Jaycee Dugard, an 11-year-old girl who was walking to the school bus stop. She was kept in a securely locked garden shed and raped by Philip regularly. Jaycee gave birth twice and thus had to share her small shed with her two daughters.

In 2009, Philip Garrido began to act insane. He wanted to start a church and was looking for funding. While he was raving at the philanthropy office of the local college, a woman there decided to call his parole officer.

When Garrido was ordered to see his parole officer a couple days later, he brought his wife, Jaycee, and her two daughters with him. Jaycee was separated from Philip Garrido and eventually told the police everything that had happened to her for the previous 18 years.[10]

And it was more like hell than anything we could imagine: life in a garden shed with repeated psychological and physical abuse. Jaycee experienced the worst of human nature but managed to pull through it and was finally able to reunite with her family after being deprived of her teen and young adult years.

I’m currently a grad student at Duke in engineering. But when I was in high school, I did consider journalism as a potential career. So I like to write from time to time.

10 Of The Creepiest Commercials To Ever Hit The Small Screen