In 2016, the University of Duisburg-Essen reported that more than 40 percent of the 263 heterosexual men who were surveyed could see themselves having a sex with a robot. Before sex toys got to the point where robots were a possibility, however, people had to settle for blow-up dolls and other rudimentary sex dolls. Many people are surprised to learn that Dutch sailors during the 17th century invented some of the earliest sex dolls, which were made of old cloths.[1] This is why the Japanese sometimes still refer to sex dolls as “Dutch wives.” One of the first mass-produced sex dolls was in 1908 and featured a “pneumatic tube” filled with oil.

While people who decide to purchase inflatable sex dolls may treat them with the utmost care, this is not always the case. In memory of those Dutch wives that suffered less-than-pleasant endings, this article will review some of the most terrible fates suffered by blow-up dolls. 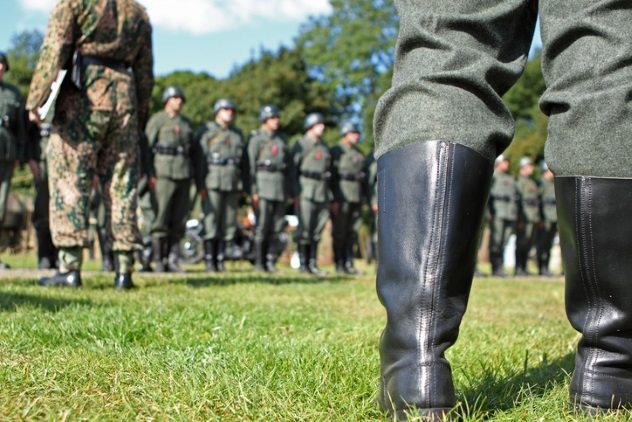 It’s an understatement that the Nazis had some strange plans during their reign, such as attempting to train dogs to talk. There are also reports that the Nazis ordered blow-up dolls (referred to as “synthetic comforters”). In a journal entry from 1940 (the legitimacy of which is frequently debated), SS chief Heinrich Himmler wrote that the greatest danger faced by Nazis in France were the STDs that soldiers could pick up from French prostitutes.[2] As a result, blow-up dolls were ordered to be produced for German soldiers to decrease the risk of contracting STDs.

These Nazi blow-up dolls were to be Aryan, with blonde hair and blue eyes, and were expected to be carried in the backpacks of soldiers. It is unknown if any synthetic comforters were actually produced.

9 The Blow-Up Doll That Became A Scarecrow 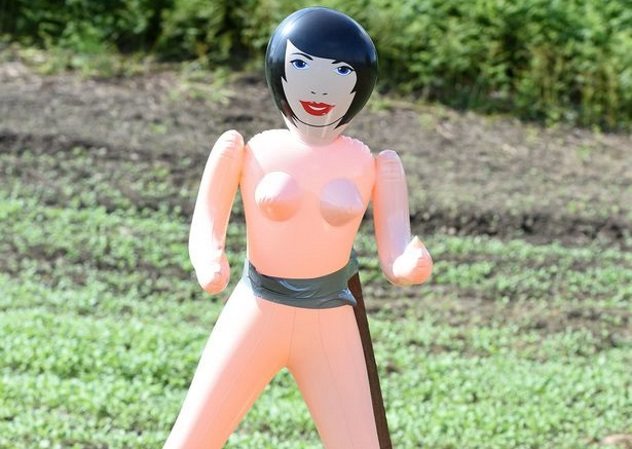 In 2015, Scottish farmer David Gray was frustrated. The local deer population was doing a number on his turnips, and nothing seemed to be able to deter them. As a result, Gray came up with the idea of using a cheap blow-up doll as a scarecrow to frighten the deer away from his turnips.[3]

The doll turned out to be a particularly effective method of scaring away deer and worked much better than the farmer’s previous method of attaching a bag to the end of a stick. The sexualized inflatable, however, resulted in an uproar among local villagers, nearly causing several crashes due to motorists doing a double take when they saw the doll.

8 The Woman Who Married A Blow-Up Doll 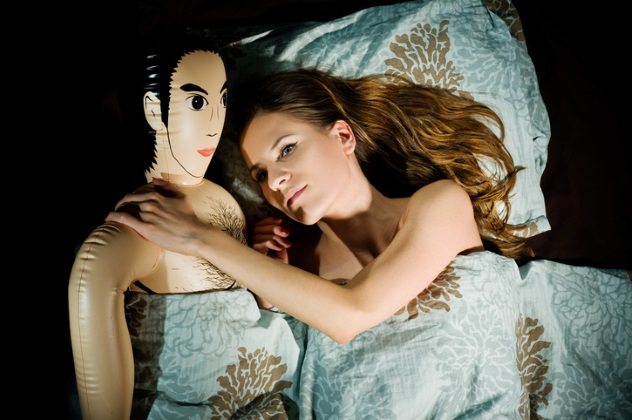 Marriages to inanimate objects don’t tend to be recognized by governments, but this does not stop people from trying. In 2009, for example, a woman in Pennsylvania unofficially married a roller coaster and changed her surname to that of the roller coaster’s manufacturer. The woman claimed that she had a spiritually fulfilling life with the coaster and loved it as much as other women loved their husbands.

The year before and across state lines in Ohio, a married woman renewed her vows along with with 19 other couples in Columbus during Valentine’s Day. Because the woman’s husband had to leave on business, her friends brought a life-size inflatable doll to stand in for the absent husband. The blow-up doll was dressed in the absent spouse’s pants, shirt, and tie. A photograph of the husband was also taped over the doll’s face. The woman had originally meant to serve as a matron of honor for four of her friends who were renewing their vows, but upon seeing the doll, she immediately joined in the festivities. The husband reportedly laughed so hard that he couldn’t speak when told of the nuptials over the phone.[4]

7 Blow-Up Dolls That Got Stuck In Crazy Parties 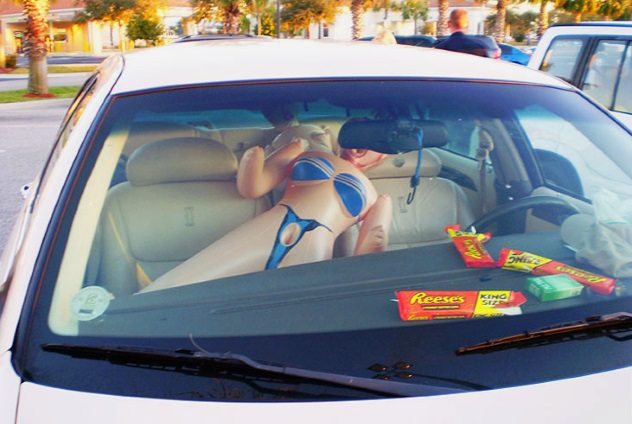 Blow-up dolls are just one way to make a wild celebration even crazier. In 2016, a British bachelor party received much publicity after revelers were asked to leave the 9/11 memorial site in New York City when they took selfies with a blow-up doll at Ground Zero. The accident occurred shortly before the 15th anniversary of the 9/11 attacks, which led to many survivors commenting on what they perceived to be disgusting behavior.

A much stranger blow-up doll party, however, happened in Florida in 2009, when a police officer responded to reports of lewd activity at a Publix parking garage.[5] When the officer arrived at the scene, he discovered a crowd surrounding a Lincoln Town Car. The policeman observed a man inside the car with two blow-up dolls. The vehicle also contained several king-size packages of Reese’s Peanut Butter Cups. Witnesses claimed the man had been making out with the dolls and had exposed himself via “customized shorts.”

As the officer reached the car, the man emerged and provided him with his driver’s license. The man was later charged with disturbing the peace, trespassing, and lewd conduct. The dolls were confiscated.

6 The Blow-Up Doll That Brought The Bomb Squad 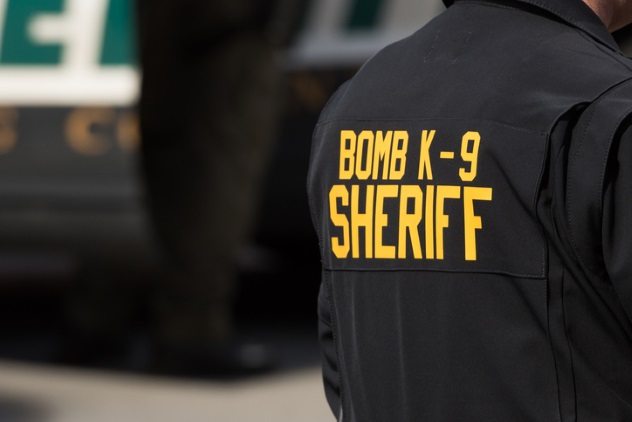 There are an endless number of extreme senior pranks that have occurred in Indiana. In 2017, for example, some students vandalized their high school by writing on the walls, pulling a fire alarm, spraying a fire extinguisher across a basketball court, and destroying student records.

In Rushville in 2011, a high school senior tried to place a deflated blow-up doll in a girls’ bathroom for his senior prank.[6] However, when school officials saw a hooded figure enter the bathroom carrying a package and leave empty-handed, they called the bomb squad. The teenager was later arrested for the offense and charged with felony criminal mischief. The charge was eventually downgraded to a misdemeanor. 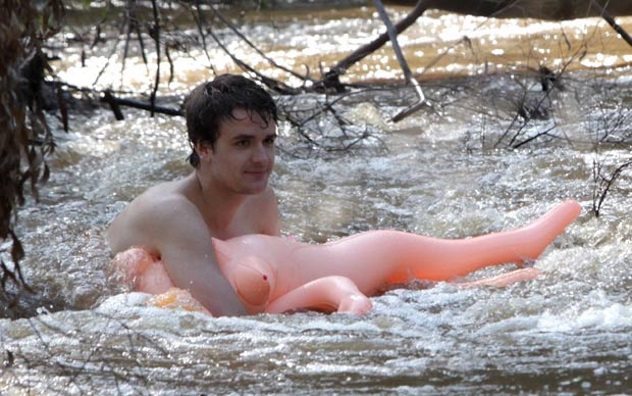 Blow-up dolls can save lives. In 2011, floods struck Queensland, Australia, resulting in the deaths of at least 31 people. Grantham, located 100 kilometers (60 mi) west of Brisbane, was hit particularly hard by the flooding. To stay alive, many people clung to nontraditional flotation devices. A teenage couple was even found clinging to a tree after attempting to use a blow-up doll for that purpose.[7] Law enforcement instructed the couple, in case they did not know, that the blow-up doll was not a recognized flotation device.

There are also cases of blow-up dolls that have needed rescuing. In 2012, a team of Turkish rescuers retrieved what they thought was a woman’s body from the Black Sea. A group of divers was sent into the water to rescue the woman, who turned out to be a blow-up doll. In an insensitive gesture, the blow-up doll was deflated before being thrown away. No one was able to determine where the doll might have come from. 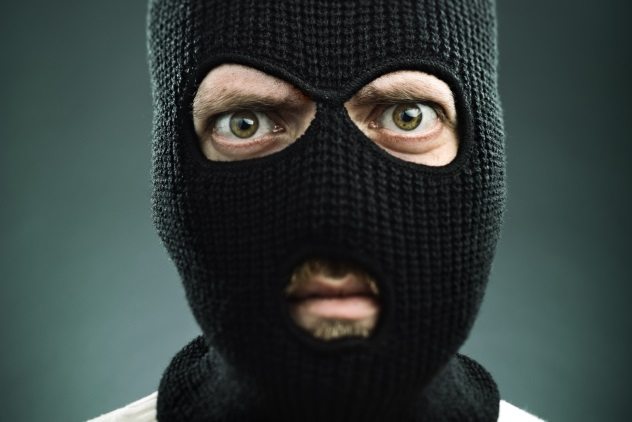 The Blow-Up Doll Bandit earned his name in 2009, when he broke into three adult shops in Australia, had sex with “Jungle Jane” blow-up dolls, and then dumped the dolls in a nearby alley.[8] To determine the identity of the blow-up bandit, law enforcement obtained DNA samples, dusted for fingerprints, and even took pictures of the crime scene. Police later caught the man and charged him with four counts of breaking and entering.

At least the Blow-Up Doll Bandit had the courtesy to dump his sex dolls in an alley where they couldn’t harm anyone. Also in 2009, the California Highway Patrol stopped traffic on the 60 Freeway in Mira Loma because someone left their naked blow-up doll blocking the carpool lane. 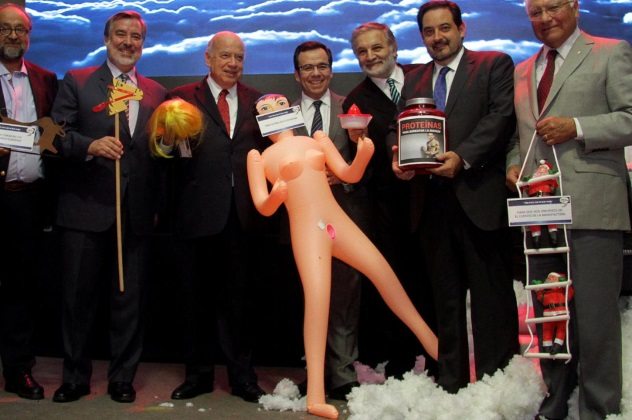 In 2015, a book about Richard Nixon written by journalist Bob Woodward was published. The book recounts a story told by Nixon’s deputy assistant, who recalled that two of the former president’s friends once placed a blow-up doll in his bed during a Caribbean vacation.

Blow-up dolls and politicians do not seem to have a good relationship in general. In 2016, Chile’s economy minister was given a blow-up doll by the head of the Chilean exporters’ association Asexma at a dinner.[9] In Chile, it is tradition for the leader of Asexma to give silly gifts to guests at the dinner, but this event resulted in a political uproar because many people saw it as sexism that had gone too far.

2 The Pilot And The Blow-Up Doll 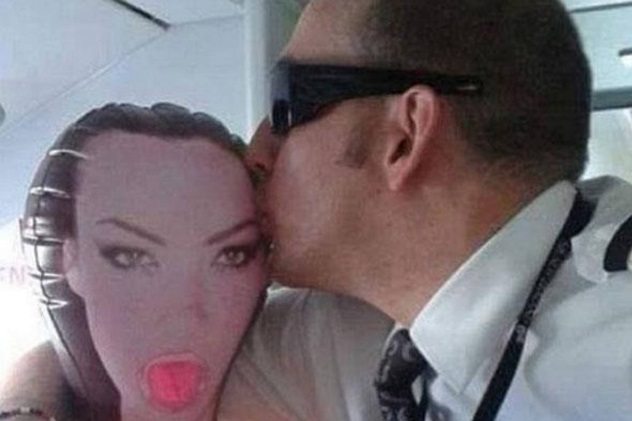 In yet another story from Down Under, in 2016, Air New Zealand terminated two staff members after pictures surfaced on social media of a pilot kissing a blow-up doll.[10] The airline company announced that it was “shocked and appalled” by the photograph. The pilot was later suspended as a result of this activity.

Further outrage was generated by a Snapchat video of a flight attendant spitting water, with the caption “Wish I could spit on passengers like this.” Air New Zealand’s chief executive even released a video apologizing on behalf of the company for letting down its customers. 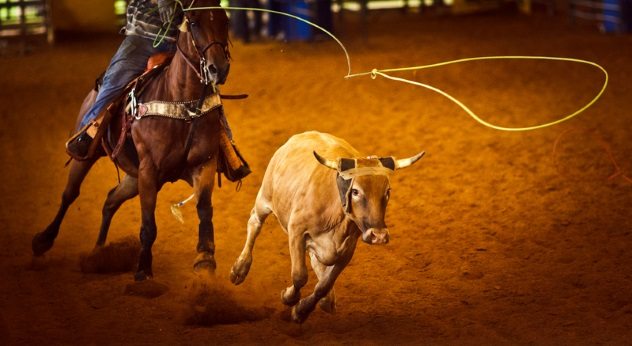 Rodeos can apparently be unusual in New Zealand. In 2016, Anti Rodeo Action NZ fronted an action that sought to prevent any land from being granted in the future for rodeo use by the Warkworth Rodeo Club after a blow-up doll was involved in a child’s event.[11] According to reports by Anti Rodeo Action, the blow-up doll was sexualized with conversation about a honeymoon and referred to as a girlfriend.

The organizers of Warkworth responded by arguing they weren’t even aware that a blow-up doll had been used this way. The Warkworth Rodeo has continued despite outcry by Anti Rodeo Action, who continue to frequently protest the rodeo.