The purpose of most legislation is to promote acceptable behavior and to prevent or punish unacceptable behavior. Still, it can be hard to understand the laws and customs of other countries, and travelers are often advised to take care not to inadvertently break the law.

Often, travelers can get a good idea of what is and is not allowed in other countries with a little careful thought. However, no amount of thinking can explain some of the more bizarre laws from around the world. 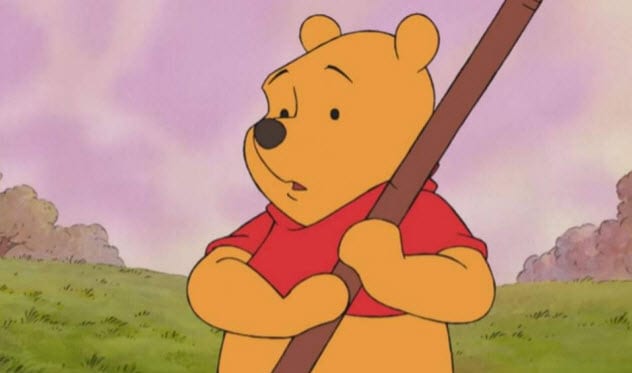 Children have impressionable minds. So we might think it’s a good thing that councillors give careful consideration to any mascots that they might put on a playground. In Tuszyn, Poland, however, the town council seemed to take their responsibility a little too seriously.

They decided that Winnie the Pooh, a beloved children’s character, was an “inappropriate hermaphrodite” because of its lack of identifying genitalia. As we all know, one of the things you really need in a children’s character is prominent genitals. One councillor said, “The problem with that bear is it doesn’t have a complete wardrobe.” The bear’s lack of pants was an issue as it was “half naked.”

The meeting, which was taped in secret and leaked to the media, began to get out of hand when someone mentioned that the author was “over 60 and [had] cut Pooh’s testicles off with a razor blade because he had a problem with his identity.”

In the end, the council decided to go with a Polish children’s character that was fully dressed “from head to toe.” Just to be on the safe side.[1] 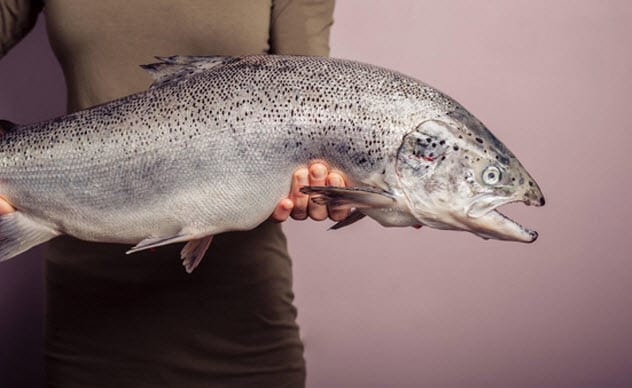 You might imagine that an Englishman would be free to hold his fish in any way he chooses, but you would be wrong.

According to the 1986 Salmon Act, Section 32, if he handles a salmon in a “suspicious manner,” he will be subject to prosecution and a fine of up to £800. And not just a salmon. The law applies also to trout, eels, lampreys, smelt, freshwater fish, and any other fish “specified for the purpose.”

All of this seems to be very specific—except, of course, that the legislation does not say what a suspicious manner looks like.

8 You Can’t Be Fat In Japan 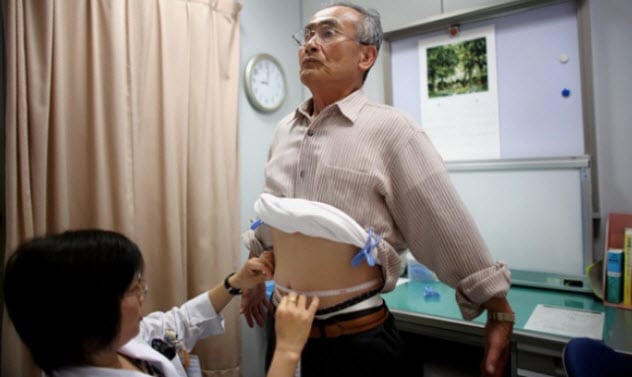 Even though the country doesn’t have a large obesity problem, Japan decided to take a proactive approach to the benefits of maintaining a healthy weight. So, in 2008, Japan banned its citizens from being fat.

The “metabo law” requires all citizens over age 40 to have their waist measurements taken once a year. Anyone deemed to be overweight is given three months to shape up. After that, they receive compulsory dietary “advice and guidance” followed by six months of “reeducation” if they are still not making sufficient progress.[3]

Employers must ensure that their employees participate in the scheme or risk fines of up to $19 million. So far, the metabo scheme has cut obesity by 3.5 percent, which certainly seems impressive in a country with already low obesity rates.

7 You Can’t Have Funni Names In Germany 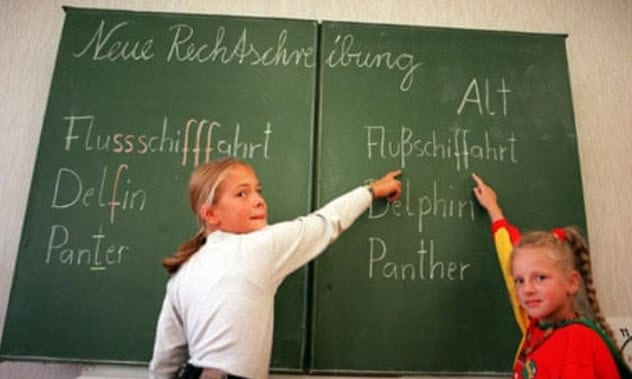 Like most governments, the Germans were anxious to ensure that children were not bullied at school. Specifically, they don’t want kids to be teased because of their names.

So, the government has instituted a policy of allowing only approved names to be entered on German birth certificates. Of course, there are a few rules. For example, new parents are not allowed to name their children after ordinary nouns such as a piece of fruit.

To make it onto the approved list, a name must not leave the child open to ridicule or abuse. (Calling your child “Reignbeau” or “Kal-El” would fall under this heading.) It must also be a recognized name. (“River” would be out, as would “North.”) Finally, it must make the sex of the baby clear. (“Indio” or “Dusti” just wouldn’t cut it.)

On the whole, it seems that the German government would like parents to use properly spelled, good old-fashioned names. The name “Adolf,” for example, has not been banned, though it’s rarely used.[4]

6 You Must Wear Speedos In France 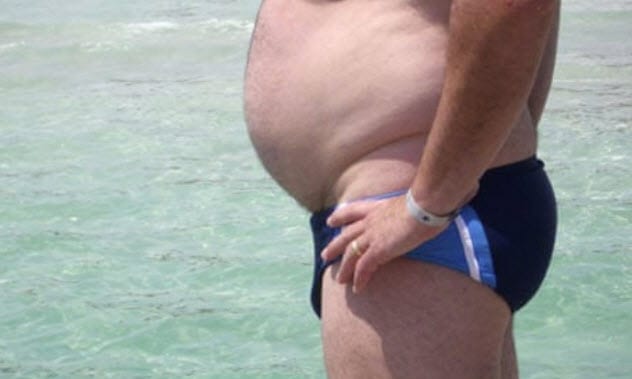 In public swimming pools in France, men are only allowed to wear extremely tight-fitting swimming trunks in the swimming pool. Attempts to jump into the pool in shorts may lead to you being “rescued” by a lifeguard or hauled out by a large hook.

Supposedly, the reason for the rule is “hygiene.” Although the tight swimsuits may not always be flattering, they are unlikely to have been worn outside on the streets. On the other hand, shorts might have been worn anywhere.

The law has been in place since 1903. Though the subject has been reviewed in the French parliament several times since then, the law has not been repealed and is still strictly enforced.

So, what happens if you have the wrong sort of swimwear? No problem. Most public pools have vending machines that sell microscopic swimwear in any color you want.[5]

5 You Can’t Build Sandcastles In Italy 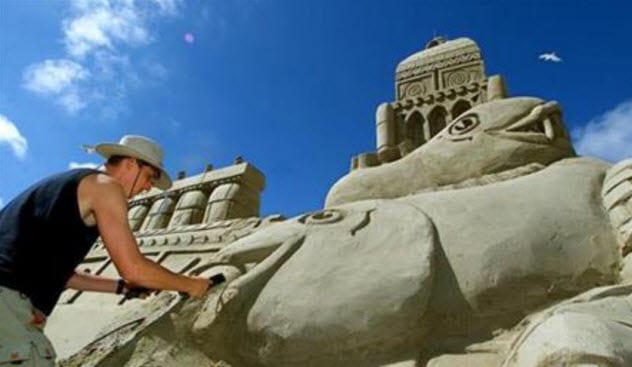 There are lots of things you are not allowed to do in Italy. For example, some places have outlawed miniskirts, low-cut jeans, and tops that show “too much” cleavage. Swearing can lead to a fine, as can lying on park benches or climbing trees.

If you have been swimming, you must not wear your swimming costume after leaving the beach. Also, when you return to your hotel, you must not dry your towels by hanging them out the window. You cannot eat in the street in Rome, kiss anyone inside a car, or walk your dog on anything other than a short leash.

But perhaps one of the strangest laws in Italy is in Eraclea, near Venice, where it is forbidden to build sandcastles on the beach. The reason? Apparently, they cause an obstruction.[6]

A single sandcastle. On a great big beach.

4 You Cannot Be Reincarnated Without Permission In China 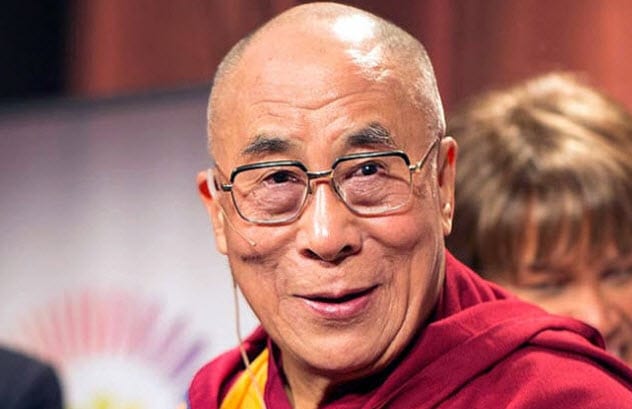 In 2007, the Chinese government banned Buddhists from reincarnating without prior written authorization in “an important move to institutionalize management of reincarnation.”

However, the law would allow the Chinese a say in the next reincarnation of the most important Living Buddha when the current Dalai Lama dies. According to tradition, the Buddhist leader, who is in his eighties, will be reborn to help humanity.[7]

Nevertheless, the Chinese government is determined to participate in the process of choosing the next Dalai Lama and thus in just how he intends to help humanity. This is particularly important to the Chinese authorities because His Holiness (Tenzin Gyatso) has been such a thorn in their side. For his part, the Dalai Lama has said that he refuses to reincarnate in Tibet as long as Tibet remains under Chinese control.

However, there is nothing to stop him from reincarnating anywhere else in the world. He could choose to reincarnate far away from Tibet. Or, perhaps, just over the border.

3 You Can’t Have A Water Pistol In Cambodia 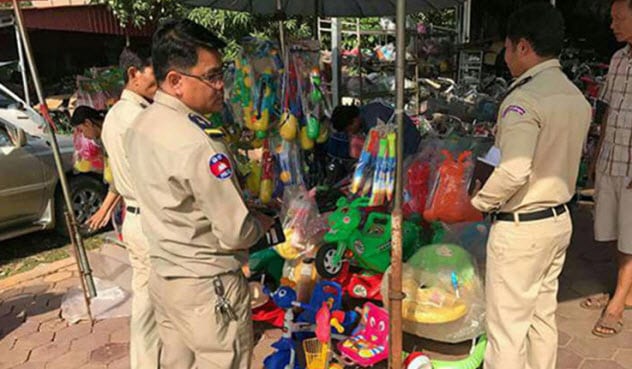 Water pistols are usually seen as harmless fun—just children’s toys for sunny days. However, if you want to use one in Cambodia, you are likely to be disappointed or get into trouble. The governor of Phnom Penh has banned the sale, import, and possession of all water pistols in the city.

It has become a tradition to use water pistols during New Year’s celebrations. Presumably, the governor thinks it’s silly and should be stopped. In 2002, the vice governor of Phnom Penh said, “We will not allow people to use [water pistols] because our nation is now peaceful, and if we let people play with them, it will look bad.”

The Cambodian authorities are not complete killjoys, however. They have set up designated areas for people to play with water. Just make sure you don’t throw your talcum powder around when you are getting dry later. They don’t like that, either. Apparently, it leads to rubbing powder on “one another’s faces.”[8]

2 You Cannot Hike Naked In Switzerland 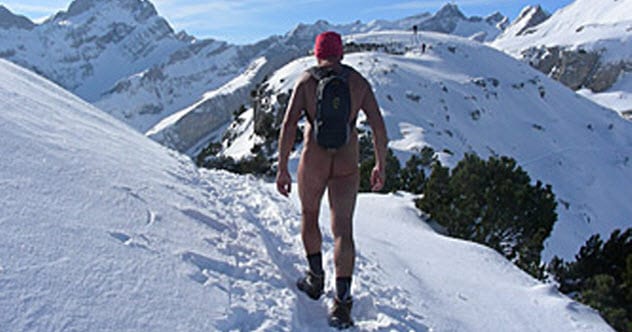 In 2009, voters in Appenzell Inner Rhodes in the Swiss Alps voted to ban naked hiking. Ordinarily, naked hiking might not be at the top of the political agenda, but a sudden influx of naked hikers from Germany brought the issue to the fore. Swiss locals going about their daily lives objected to encountering walkers wearing nothing but a pair of walking boots and a smile.[9]

You can understand why they might find it disconcerting or even “thoroughly disturbing and irritating” as one Swiss official put it. German travel websites had been advertising “a special experience of nature, free and healthy.”

Not that free. The Swiss government has imposed hefty fines on anyone caught walking au naturel. The ruling has been challenged by nature lovers, but the Swiss high court agreed that the government had the right to “uphold public decency.”

Shorts, please. Or at least a Speedo. 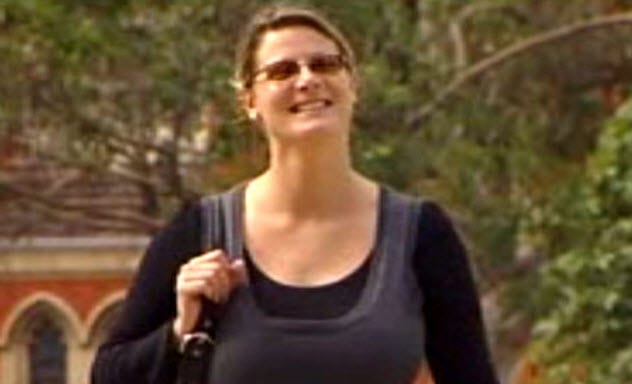 If your party trick is crushing beer cans between your bare breasts, be warned. They don’t like that in Australia. In 2007, a barmaid was found to be in breach of the Liquor Control Act and fined A$1,000 as a result of “entertaining” her customers this way. The bar manager was also fined.

Declaring their intention to crack down hard on this sort of behavior, the authorities said, “It sends a clear message to all licensees . . . that we will not tolerate this type of behavior in our licensed premises.”[10]

The barmaid, who supposedly had been “forced to work underground” after her arrest, was also observed crushing a beer can with her buttocks and hanging spoons from her nipples. For some reason, she elected not to appear in court in person.

However, her spokesman suggested that the police concentrate on more serious crimes. He said, “If the police are fair dinkum about protecting people in pubs and clubs, why don’t they target the real issues instead?”

At least, we think that’s what he said.

Read more about ridiculous laws on Top 10 Ridiculous Laws That Are Still Enforced Across The World and 10 Absurd Laws From Around the World.