Being a celebrity has proven to be more than just glitz and glam. In many cases, it can also come with struggles. Though many fans have simple interests in their favorite celebrities, some admirers take their obsessions to the extreme—even committing unspeakable acts at times.

For these 10 celebrities, the dedication of their fans went from mere interest to a completely bizarre and unhealthy obsession resulting in gifts that could never be purchased in stores. Being a celebrity comes with fame and fortune—and fans. For Avril Lavigne, her continued success has made her no stranger to interactions and gifts from her admirers. However, she hadn’t expected the weirdness that accompanies some gifts. During an interview, Avril was asked to name the strangest gift she’s ever received.

For some singers and actors, the presents are articles of clothing—bras, shirts, and sometimes underwear. But for this singer, it wasn’t a material item at all.

Instead, during one of her tours to promote an album, Avril was given the body of a dead rabbit. There was no note, so Avril didn’t understand the fan’s intention. However, it’s been said that a rabbit could be good luck.[1]

Akin to her first album title, Avril decided to “let go” and move on from the event, though it’s doubtful that she’s accepted any more strange packages. The quick rise in fame of the Jonas Brothers—Kevin, Joe, and Nick—was mostly due to their musical talent and eventual Disney deals. Their fans, ranging from teenage girls to adult men and women, have been known to be dedicated and sometimes straddle the line between what is acceptable and what isn’t.

At times, the Jonas Brothers have had to deal with fans taking things a bit too far, including sneaking into their hotel rooms and giving them macabre gifts—such as a preserved baby shark.

The gift, which was provided to the brothers from an adoring fan while they were on tour, did not come with an explanation. But the preserved baby shark was inside a tube. The brothers were uncertain as to what the gift was supposed to mean or what they were expected to do with it.

The shark was accompanied by a simple note saying, “Here’s a dead shark.” The most pressing question was not the “why” but “how” the fan was able to obtain it in the first place.[2] 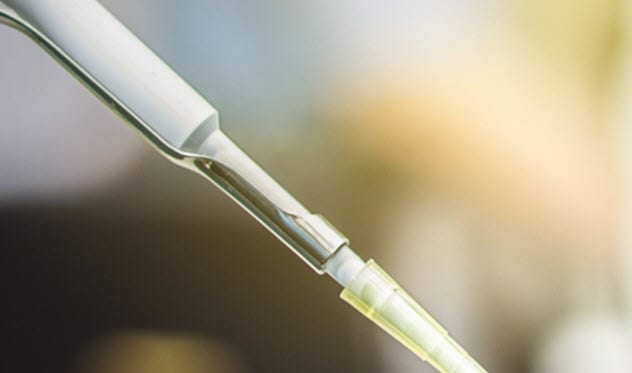 The option of having a family is one that depends on the people involved. However, it doesn’t entail sending one’s sperm in the mail to a favorite celebrity in the hopes of starting a family. For actress Tricia Helfer, a fan decided that his best option to win her favor was by doing exactly that.

The event happened when she was opening fan mail. She didn’t realize what had fallen out of the envelope until she looked at the other contents of the letter: a picture of a man, woman, and child as well as the syringe filled with white liquid and indications that the fan wanted her to start a family with him immediately.

Unsettled and a bit fearful, Tricia told someone at the studio where she was working about the incident. From there, the police were contacted. The detectives were able to track down the creepy fan, though Tricia did not reveal what happened to him.[3]

Tricia Helfer is not the only celebrity to experience this. In early 2019, singer Iggy Azalea was sent a vial of semen, though it was intercepted by her assistant before she could see it. Body parts falling off is a strange, macabre aspect of zombies. Norman Reedus, who stars on The Walking Dead, knows about this firsthand. Although he’s dealt with fake body parts being thrown at him in a battle with zombies, he’s also grappled with body parts being mailed to him in real life.

In an interview, Reedus showed a breast implant that was being used as a phone cradle in his trailer. The implant was sent to him as a gift by a fan who thought that Reedus seemed depressed. Instead of getting rid of it, Reedus found the gift hilarious and decided to clean it and put it on display.[4]

In 2015, the actor received another breast implant in the mail. He decided to throw this one at costar Steven Yeun instead of putting it on display. However, Reedus did joke that he wouldn’t be opposed to getting more implants from fans in the future.

Reedus has continued to receive breast implants, some wrapped in fat and delivered to him in jewelry boxes, as well as gifts such as squirrel meat. “Let them eat cake” may not have been a real saying by Marie Antoinette, but for Ed Sheeran, eating cake has been a popular pastime. Sheeran’s love for the treat is well-known by his fans.

He has received multiple gifts, ranging from dolls to necklaces to baked goods. As Sheeran is not one to turn down food, he had accepted a cake from a fan thinking that it was just what it seemed to be—a delicious surprise and a thoughtful gift from a fan.

But there was an unexpected filling inside. Once Sheeran bit into the cake, he found that it had been filled with clumps of the woman’s own hair. There was no explanation for this, though Sheeran believes that it may have been the fan’s way of trying to be “inside of him.”[5]

Despite his love for cake, Sheeran has become a bit less exuberant when accepting baked goods from fans to avoid another hairy situation. Known for being eccentric and wanting to stand out from the music crowd, Kesha has done things that could be considered a bit creepy—such as breaking into Prince’s house to have him listen to her music.

This is why it doesn’t seem too out of character for Kesha to request something equally strange from her fans. In this case, she had asked them to send her teeth—real teeth—in the hopes that she could make something out of them while she was in rehab recovering from an eating disorder.

As a result, Kesha received almost 1,000 teeth from her dedicated fans. True to her word, Kesha used the chompers to make items for her to wear, including a bra, a headdress, earrings, and a necklace. In fact, the headdress she wears to promote her album Warrior is made from her fans’ teeth.[6]

Apparently, the focus started when a lone admirer sent her a tooth that Kesha turned into a necklace made with her own baby teeth. From there, she began to collect the teeth sent to her. Finally, she asked for her fans’ teeth and accumulated hundreds of them. 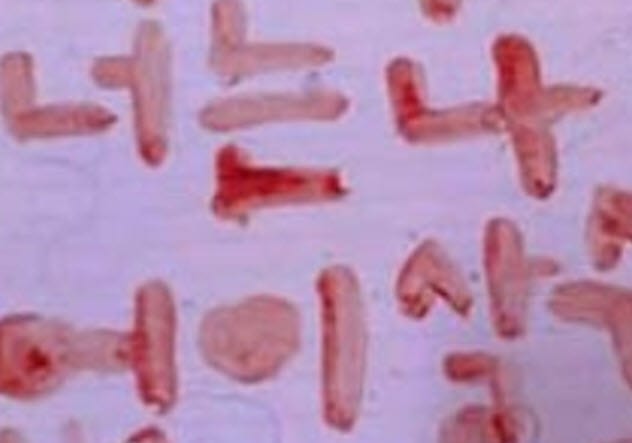 Letters from devoted fans are not uncommon. In fact, it’s one of the ways that celebrities know that they’ve started to make it big. For Taecyeon, a member of South Korean boy band 2PM, it was not the meaning that went too far but what the letter was physically written in.

Rather than using ink, an admirer wrote her message in menstrual blood. The fan wrote that she had dedicated her menstrual blood to Taecyeon and stated that he could not live without her—even though he didn’t know who she was. She also enclosed her pubic hair inside the letter.[7]

Many of Taecyeon’s fans had claimed that the letter was fake until the writer came forward to prove that it was true. She even claimed that she wasn’t a fan of the band and just wanted attention. 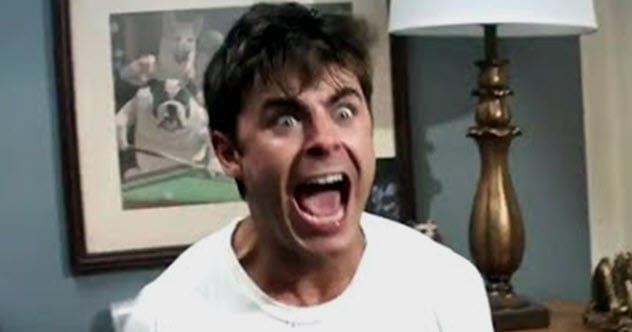 Though it sounds like the plot of a horror movie, Zac Efron did not audition for this part. Due to his starring role in Disney’s High School Musical movies and his continued time in the spotlight, Efron has had his fair share of fan experiences—from receiving their letters to even having them show up at his gated neighborhood to leave tokens of their love in his mailbox.

However, one fan took her obsession a bit too far by sending Efron a piece of her own skin. The actor, who opens his own fan mail, was greeted with the grotesque sight of a piece of skin sitting inside an envelope.

Stunned, Efron got rid of the skin. Now he laughs about the story—mostly because he claims he doesn’t know how else to react to someone sending him a piece of skin.[8] Jared Leto has not been one to shy away from the strange. Just recently, his date to the MET Gala 2019 was his own severed head, a take on the theme “Camp.” He has also provided strange and slightly unwanted gifts to his Suicide Squad castmates while trying to get into the character of The Joker. Due to his own eccentric personality, Leto seems to draw the same weird tendencies from his fans.

One admirer decided to send the actor and lead singer of 30 Seconds to Mars the fan’s own severed ear. In a 2013 interview, Leto explained that he opened up a package to find a severed human ear inside as well as a note that asked, “Are you listening?”[9]

There was no further explanation for the ear or even any indication of the sender’s identity. Despite the strangeness of the situation, Leto embraced his fan’s macabre gift by tweeting a picture of it as well as poking a hole through the ear and choosing to wear it as a necklace.

Even though he found a use for the ear, Leto did ask his fans not to send him any more body parts. Dolly Parton’s fame has eclipsed genres and generations. She is known for her big hair and big attitude, and her music has left an indelible mark on country music and its fans. Due to her popularity, Parton has her share of admirers. However, Parton’s experience with one fan’s gift is unlike that of any other celebrity.

With her single “Jolene” at No. 1 on the country music charts in the early 1970s, Parton may have considered the possibility of a few women naming their newborns after her hit song. But she hadn’t expected a new mother to do so and then leave the baby on Parton’s doorstep.

Parton found the baby girl lying in a box at her front gate. The accompanying note stated that the infant was named Jolene and that her mother wanted Parton to have her. Freaked out and worried for the baby, Parton called the Department Of Health And Human Services and took care of the infant until they were able to come.[10]

There was never any follow-up from the mother, and Parton doesn’t know what happened to the baby after the authorities took her.