Dedicated to probing the unknown, the National Aeronautics and Space Administration (NASA) has designed its fair share of unusual studies. Tasked with keeping astronauts safe, they threw lunar dust at oysters and had a man sniff at 800 space-bound items.

Curiosity also saw their scientists turn photographs into music and create oceans in cups. NASA’s problems are often equally weird. From cussing crews to the threat of a rogue Martian colony, the agency is proof that real life is better than fiction. 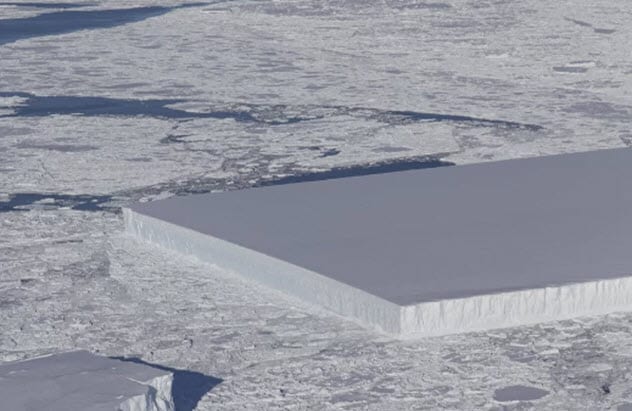 In 2018, a photograph surfaced that many would have dismissed as a fraud if not for its source—NASA. It showed an iceberg resembling a floating tabletop. The flat rectangle had sides so perfect that it looked surreal. Scientists call these oddities tabular icebergs. They snap off ice shelves, and many are straight-edged.

NASA scientists reckoned that this one’s flawlessness meant the iceberg had a recent birth. The blunting forces of nature eventually destroy a tabular’s perfect shape.

Curious about its origins, they used satellites to find the parent. When the images revealed its source—and subsequent journey—it became clear that the sheet had endured a lot of abuse. This tabular beauty fell from the Larsen C ice shelf in Antarctica.[1]

However, it was not born geometric. The tabular drifted north into a narrow passage so violent that scientists have likened it to a nutcracker. Anything that moved along this route was smashed between a mammoth iceberg and an ice shelf, a process that often whittled clean-cut shapes.

The satellite pictures confirmed that the channel, not the Larsen C shelf, produced the perfect tabular. 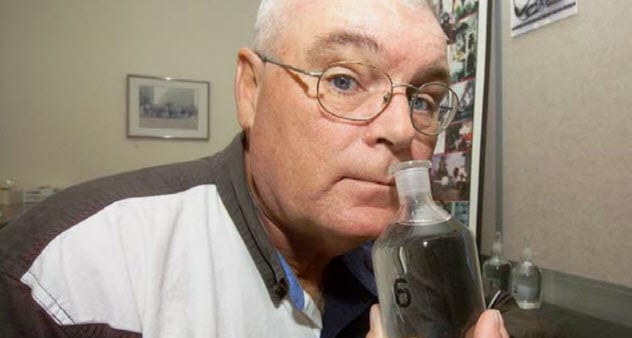 By the time 2018 rolled by, George Aldrich had hit his 44th year as a NASA chemical specialist. He is also the proud recipient of the Silver Snoopy Sniffer Award. This is a real NASA award for people who smell things before the objects go into space. It may sound ridiculous, but offensive smells are problematic in space.

If astronauts get stuck with a bad odor in a confined area, they could become sick or less productive. To prevent this, NASA has an odor panel. Five volunteers snort at objects destined for space and give them a rating between 0 and 4. NASA is so serious about preventing bad smells that any object with a grade higher than 2.5 is abandoned.

Before sniffing anything, the panelists undergo a medical examination to ensure that their noses are in fine order. NASA staff call George Aldrich “NASA nose” and “Nostrildamus,” but Aldrich likes “nasalnaut.” After 800 smelling missions for the space agency, he certainly is.[2] 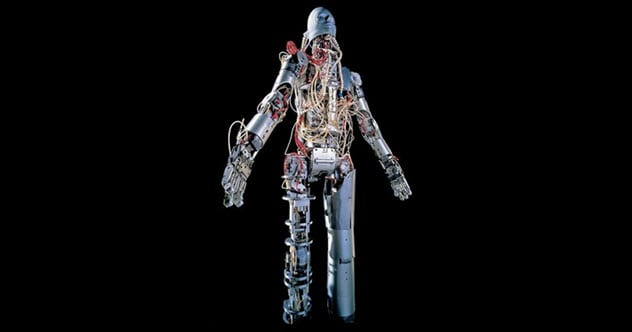 During the 1960s, NASA wanted the perfect spacesuit. Human feedback was not reliable because NASA required numbers and degrees. They didn’t need to hear: “Gee, the elbow is a bit stiff.”

Engineer Joe Slowik created a robot instead. The articulated dummy could perform a range of humanlike movements. Adorably, it could even shake hands. Unfortunately, it leaked oil. Try as they might, the problem could not be fixed. To stay mobile, the machine’s hydraulic valves had to be small, but this also compromised their integrity against the pressurized fluid.

Back then, a spacesuit cost the modern equivalent of $750,000. In 1967, the robot was fired before it could ruin any suits. The following year, it was briefly employed by bionics researchers at Wright-Patterson Air Force Base in Ohio. Then it was auctioned off before being donated in 1986 to the National Air and Space Museum in Maryland.[3]

For decades, the staff did not know who built it or why. Only when Mike Slowik, the creator’s son, recently contacted the museum did they learn about the robot’s NASA history. 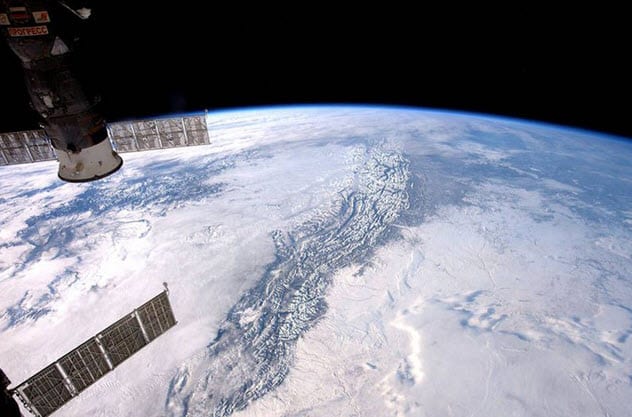 In 2017, NASA tried a trusted conservation method. Copying the fundraising tradition of adopt-a-rainforest and adopt-a-puffin, the agency made Earth available for adoption. The project was designed to raise awareness for the Earth sciences and environmental issues.

The “Adopt the Planet” project divided the global surface into 64,000 hexagons. Each measured 88 kilometers (55 mi) wide. Anyone could sign up and get a randomly assigned tile. The proud new parent also received an adoption certificate and decades’ worth of Earth science data about their block.[4]

The project celebrated Earth Day and aimed to have the entire surface adopted by the time it arrived on April 22. However, it also raised awareness of NASA’s dedication to studying Earth and space despite facing severe budget cuts from the White House. 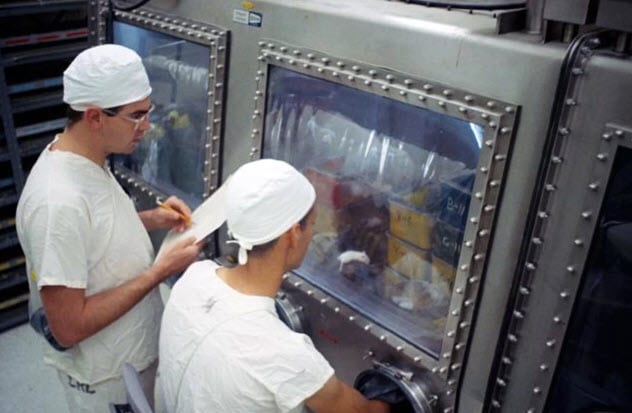 Lunar exploration awakened a new fear. If noxious germs returned with the astronauts, humanity risked exposure to pathogens for which they had no immunity.

After 1999, the agency decided to run safety tests. They were weird. To assess lunar contamination on nonhuman life on Earth, scientists ground up some of NASA’s precious Moon rocks. The dust was divided. One-half was baked to ensure that the material was sterilized. Meanwhile, the other half remained natural and potentially dangerous.

They sprinkled the dust into aquariums full of fish. For shellfish, they dusted oysters and shrimp. Mice, chosen as land mammals, were injected with the powder. Birds were represented by the Japanese quail and got the shot. Insects, like cockroaches and flies, ate the bits with their food.

After a month, the menagerie was fine. Except for the oysters. Most of them died whether they were in clean or lunar water. The microscopic analysis also found that the Moon rocks had no microorganisms. Apparently, lunar soil is harmless and the oyster die-off was blamed on testing them during their breeding season.[5] 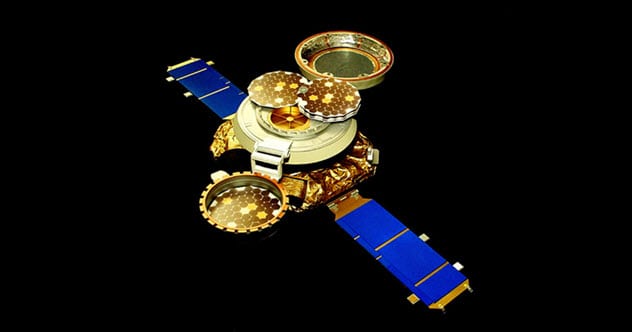 The Genesis spacecraft was an ambitious project. When it launched in 2001, it carried an array with high-purity materials, including gold, sapphire, silicon, and aluminum.

The bling had a purpose. Their composition could trap solar wind. These charged particles are released by the Sun’s corona and could reveal more about our star’s own composition and the solar system’s earliest elements.

For years, Genesis circled Lagrange point 1, where the gravity of the Sun and Earth are in perfect balance. The craft collected the precious particles and returned to Earth in 2004.

The excitement quickly turned into horror when both parachutes on the capsule failed. Genesis smashed into Utah at 310 kilometers per hour (193 mph). The crash was blamed on two sensors that were designed to react to gravity and deploy the parachutes. Somebody had installed them backward.

The impact wrecked several arrays and contaminated the solar samples. Luckily, several others were intact and gave scientists their particles and the sought-after glimpses into the Sun’s components.[6]

Around four billion years ago when life first appeared on Earth, solar radiation battered the planet’s surface. Since the deadly rays could not fully penetrate the sea, life probably started in the ocean.

Deep hydrothermal vents have ecosystems independent of the Sun’s energy. They rely on chemicals and heat instead. One theory suggested that hydrothermal environments could have sparked life.

To test this, NASA astrobiologists recreated primordial seafloors in beakers in 2019. Two molecules from hydrothermal conditions—pyruvate and ammonia—were added with other minerals to the water.

To reflect the conditions of the ancient sea, the scientists removed the oxygen, tweaked the alkaline pH, and added iron hydroxide. Additionally, the water was heated to 70 degrees Celsius (158 °F), the average temperature around a vent.[7]

Once a tiny squirt of oxygen was added, alanine and alpha hydroxy acid lactate formed. Alanine is an amino acid, and the other is its by-product. Combined, they can create organic molecules that could lead to life. It remains a mystery how that first miracle happened, but the beakers proved that hydrothermal conditions had the right stuff to spawn it. 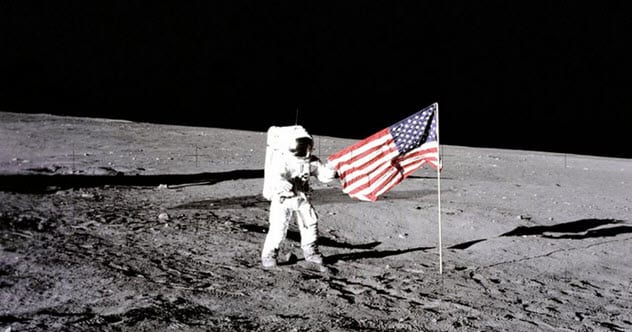 The early space race was avidly followed by the US public. As a result, NASA wanted a family-friendly image. There was one problem. Most of the astronauts were rough ex-military types. They dropped f-bombs and other profanities, marring NASA’s wholesome reputation.

The agency dealt with this by editing footage. The films that aired to the public were sanitized, and the agency made a huge effort to keep its struggle with cussing astronauts a secret. For this reason, the name of one offender has never been identified with certainty. The man cursed like he was aiming for the championship.

NASA decided that hypnosis was the answer. Before his mission, a psychiatrist planted the urge to hum whenever he felt like cussing. While the astronaut’s name remains unconfirmed, only one man hummed like a champion while skipping over the Moon’s surface—Commander Pete Conrad.[8]

In 2019, NASA found a way to turn space into a musical. First, they chose a photograph taken by the famous Hubble Space Telescope. Taken the year before, the image was special. The snap captured around 1,000 galaxies together, leading researchers to call it a “galactic treasure chest.”[9]

The image was programmed to produce various notes, guided by the differences in location and type of object. Short sounds represented stars and compact galaxies. Spiral galaxies tooted longer and more complicated noises. Lower sounds were produced by objects near the bottom of the picture, and frequencies turned higher closer to the top.

The time bar moved from left to right, and the music played. It was eerie, unsettling, and haunting. Near the center, the bar hit a galaxy cluster called RXC J0142.9+4438. The density created a swell in midrange tones described by some as the photograph’s best music.

1 The Problem With Martian Law 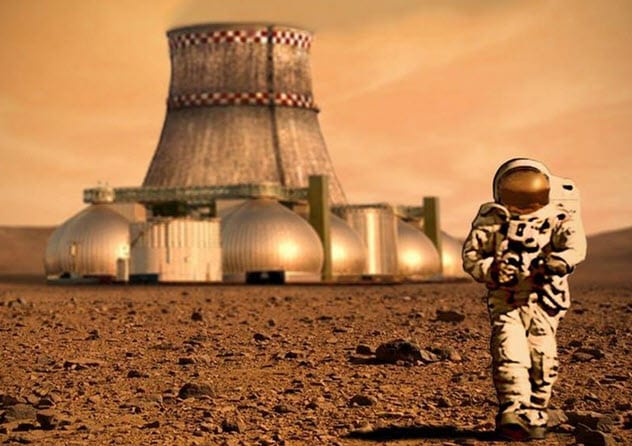 Mankind’s dream of colonizing Mars is a feverish one. Everyone from NASA to private companies wants to settle the Red Planet. An emerging problem is Martian law. At the moment, there is no such thing.

NASA studied people in long-term isolation in a project designed to mimic life as a human Martian. The stresses of the confined space suggested that Earth law might not survive on another world, especially if it mirrors the current laws on space stations.

The latter normally see an unquestionable authority from one commander. This might not sit well with the highly educated individuals who are expected to arrive first on Mars. They are more likely to prefer a democracy.

Then there are the issues of their legal status, the ways in which crime will be punished, and the hornet’s nest surrounding Martian mining rights. NASA still needs to finalize laws for the Red Planet, but many feel that the colonists are going to add their own mercurial force to how they are governed.[10]

Read more fascinating facts about strange and exciting NASA projects on 10 Strange Projects In Development At NASA and 10 Stellar Facts About NASA’s Mission To The Sun.