One of the United States’ greatest national treasures, Mount Rushmore National Memorial, located in South Dakota, attracts thousands of tourists every season. It was completed in 1941 after a turbulent development and depicts four US presidents carved into the side of the mountain. The pride of the nation, Mount Rushmore is meant to show the world the country’s greatness.

Located in the fresh air of the great outdoors, the monument’s history is palpable. The grandeur of four faces carved into a mountain stands as a reminder of what achievements people are capable of. However, Mount Rushmore is also America’s worst national monument idea. 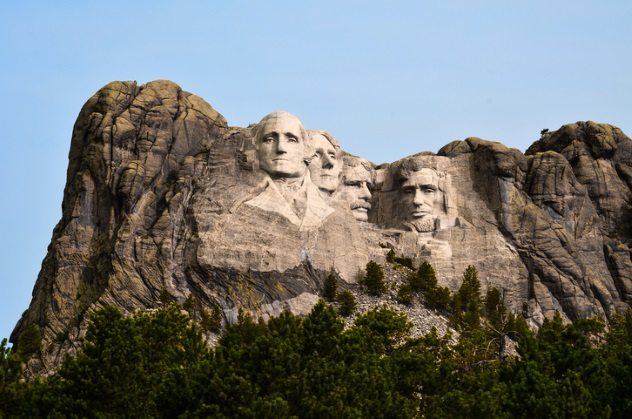 If you ever looked at Mount Rushmore in pictures, you might have gotten the impression that it must be massive. After all, the monument is carved into a mountain. But appearances can be deceiving; for a monument that’s meant to exude grandeur, it’s incredibly small. The heads of the presidents depicted in the monument are only 18 meters (60 ft) tall,[1] which means that each head is less than a ninth of the height of the Washington Monument, which towers at 169 meters (555 ft). It’s hardly the most imposing monument in the United States.

Despite the small size, Mount Rushmore is still a sight to behold. The faces are exquisitely carved. Although the size can be a disappointment, that’s only part of why it’s the country’s worst monument.

9 It’s A Mess At The Bottom 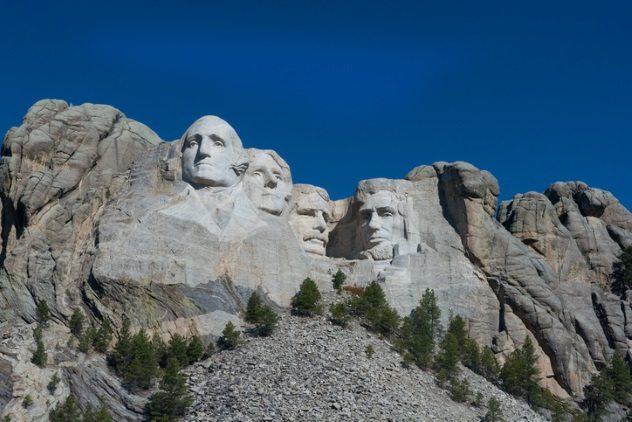 One thing that stands out like a sore thumb is the amount of rocks at the base of Mount Rushmore. The smooth-looking carved faces strike a great contrast with the rubble at the base. Normally, this shouldn’t be something to fuss over, since it’s an outdoor monument. However, there’s one piece of information that isn’t usually shared with the public.

The base of the sculpture is covered with chipped rock that most people assume is there naturally, but it’s literal garbage. The rubble at the base is actually 450,000 tons of debris from the construction that nobody bothered to clean up.[2]

8 It Was Meant To Be A Tourist Trap 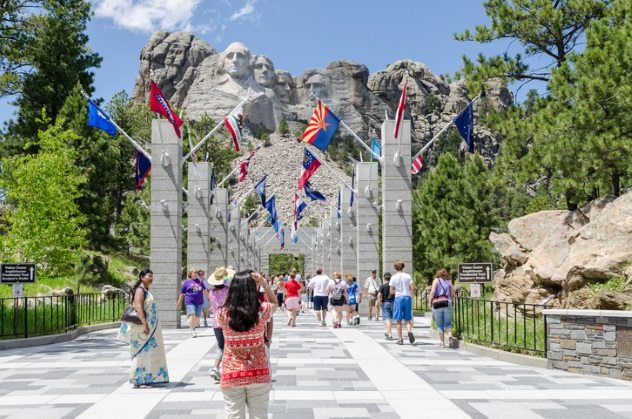 It can be argued that today, many national monuments have simply become tourist traps, although most are located in big cities, or the history around them made their locations optimal. However, Mount Rushmore is in South Dakota. Did you ever wonder why there’s a carving of presidential faces on the side of a mountain in such a state? After all, what was South Dakota known for at that time?

Well, originally, the project was designed to be a national tourist trap. Members of a local historical society were thinking about how to attract tourists to their state. A tourist attraction (or trap, if you prefer) was an obvious choice. Their original idea, though, was to depict Wild West legends on the mountain.[3]

7 The Sculptor Had His Own Ideas 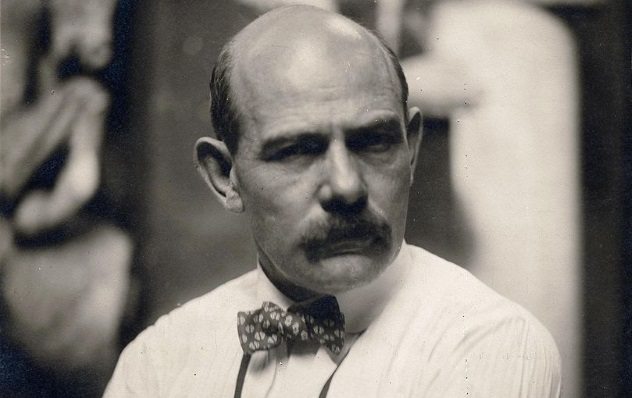 Unfortunately for the original planners, the sculptor they hired had his own agenda. Under the management of the hired sculptor, the idea of Wild West legends was scrapped. His name was Gutzon Borglum.

Terrible name aside, he was the one with the idea to carve the faces of presidents—but not because it would be more noble or attract more people to the monument. Instead, he choose the idea because carving presidential faces into a mountain would immortalize Borglum in history. The creation of Mount Rushmore wasn’t entirely a noble act as many think; Borglum simply wanted to be remembered by history one way or another.[4] 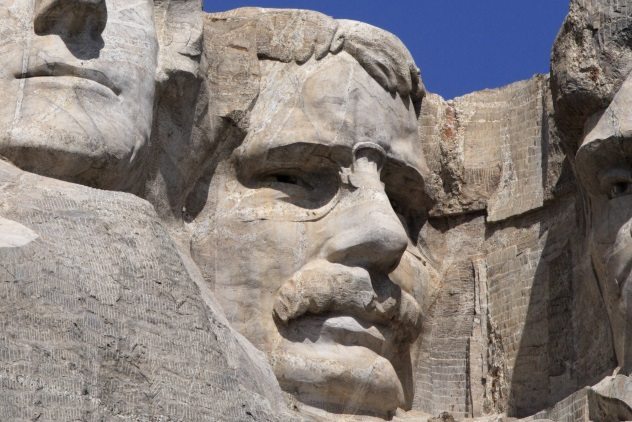 Four great presidents are carved into Mount Rushmore. Washington was the first US president, Jefferson wrote the Declaration of Independence, Lincoln ended slavery, and Roosevelt . . . why is Roosevelt there?

5 The Original Plan Was Too Ambitious 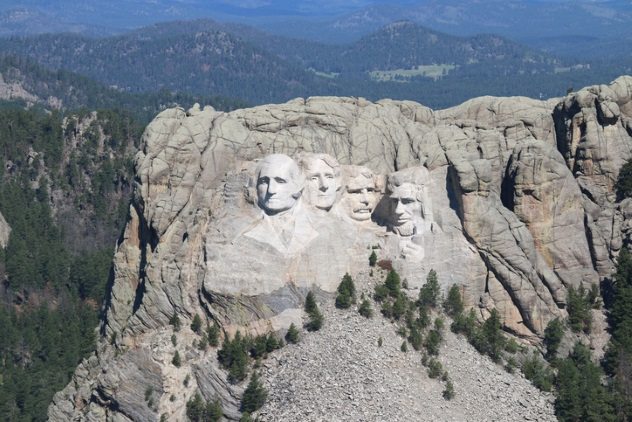 The original monument that Borglum envisioned was incredibly ambitious. He wasn’t content with the carving of the heads and torsos as the finished product. He planned to build a staircase from the rubble at the base of the sculpture to lead to a great hall of records behind the heads.

This massive rotunda would have held the Declaration of Independence, the Constitution, and various other documents.[6] Yes, he wanted to put the most important documents of the United States inside of a mountain in South Dakota. 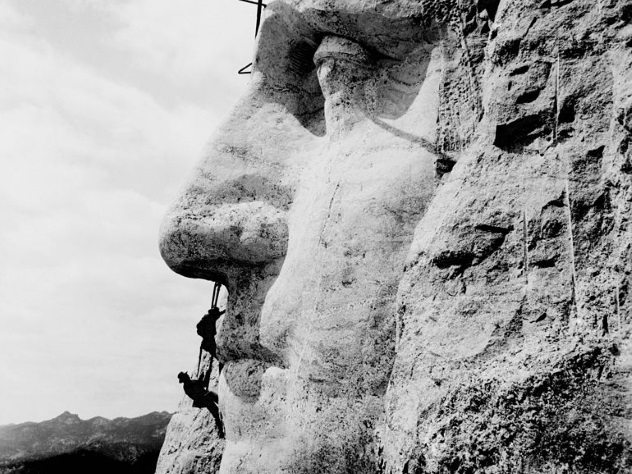 Borglum’s obsession to make the monument more and more impressive was so intense that Congress threatened to cut his funding if he didn’t stick to finishing the carvings. Since Borglum was a hard character who despised any outside control other than his own, he grudgingly stopped work on the hall of records in 1939.[7]

He would spend the remaining years traveling and working to secure funding. The unfinished hall inside Mount Rushmore is considered now by some to be a “secret room.” 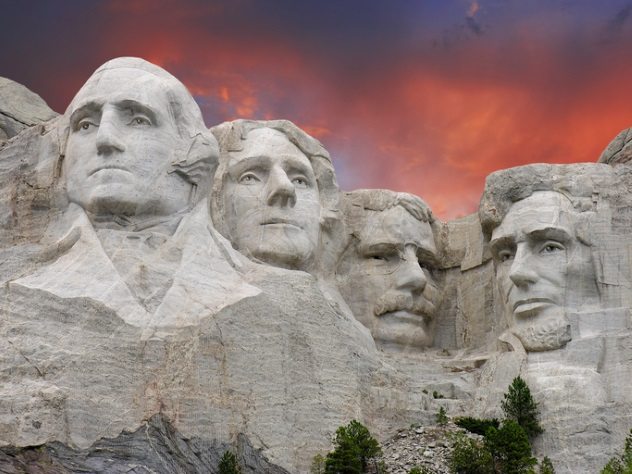 With Borglum’s death in 1941 and the inevitable approach of American involvement in World War II, work ended on the monument.[8] And so, on October 31, 1941, Mount Rushmore National Memorial was declared a completed project.

If one thing can be said about the monument overall, it’s that the mountain is a representation of irony—an unfinished monument declared finished.

2 It Was Built On Stolen Native American Land 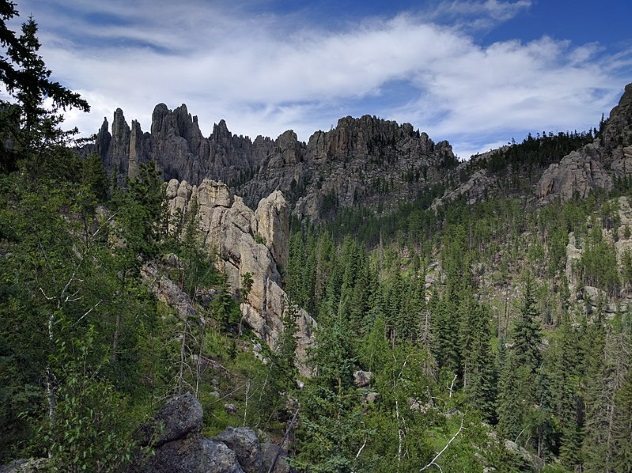 All the other points on this list might be small and maybe even pitiful. Yet when you know more, you realize suddenly that those small points aren’t so small. In 1868, the United States signed a treaty declaring that the Black Hills (in which Mount Rushmore is located) would remain part of the Sioux Nation, giving the land back to a population that is too often ignored.[9]

However, a few years later, an expedition led by General Custer found gold in the Black Hills. Ultimately, the land was confiscated, because it wouldn’t be an American tale without cheating some Natives.

1 The Sioux Didn’t Want The Money 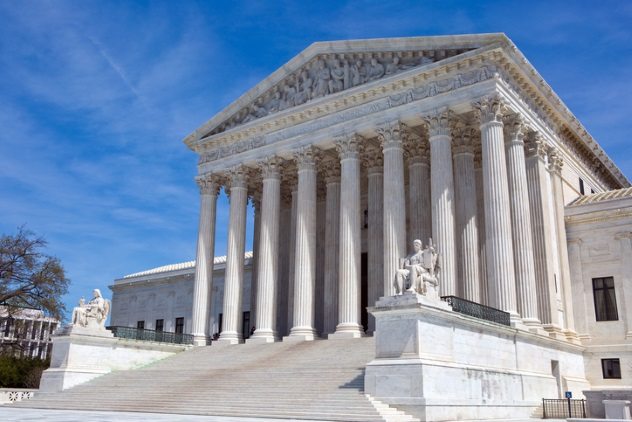 In 1980, the Supreme Court ruled the land grab by the United States unconstitutional and ordered federal compensation to the tune of $102 million. However, the Sioux wanted their land back, not money. The $102 million was left in trust funds and built interest. By 2011, it was worth over $1 billion. But the Sioux still don’t want the money.[10]

Mount Rushmore was a terrible idea, since it represents a lot of what’s wrong with the US. The country broke a treaty, stole native land, and then carved their leaders’ faces into it. It’s an incredible insult to the Native American population. And today, tourists can go there and see bigger versions of the faces on their money.

Read about more monuments on 10 Amazing New Discoveries At Famous Monuments and 10 Unusual Statues And Monuments From Around The World.