In the past, trading meant the difference between growth and power or remaining a struggling village. The reward ensured that ancient trading became remarkably sophisticated. Even so, missing pieces remain about merchants, their networks, and what changed hands.

Recent finds plugged a few gaps but only made the entire phenomenon more fascinating. Researchers discovered the same commodity held different values for different groups, common modern items were for the rich only, and relationships existed within societies and countries never thought possible before.

But trade also had its dark side. It spread disease and the opportunity to plunder. 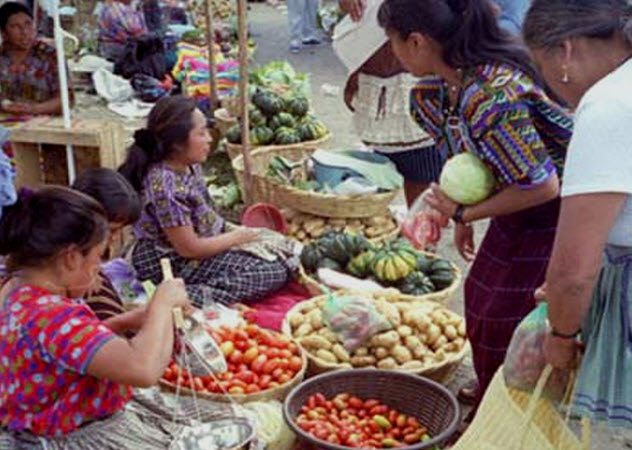 For a long time, scholars believed that the Maya did not have marketplaces. This stemmed from the notion that the elite dispensed food to civilians for services and loyalty, abolishing the need for trade.

But Mayan cities had more people than their farms could feed. Even researchers could not miss this fact. Also, from AD 300–900, settlements included open spaces with no clear purpose. These areas were big enough to be marketplaces, and in 2007, samples were taken to be compared with a modern-day market.

First, soil was scooped up from Chunchucmil in the Yucatan peninsula. In the laboratory, tests searched for phosphorus, a chemical found in all organic produce. Any food market will leave bits and pieces behind. When they decompose, the resilient phosphorus remains in the ground.

The results showed that the open areas contained up to 40 times more phosphorous than Mayan streets or patios. Guatemala holds the last market still trading on an earthy surface. It provided a similar chemical signature to the ancient samples. This was enough to prove that the Maya had a market economy.[1]

9 Lemons For The Elite 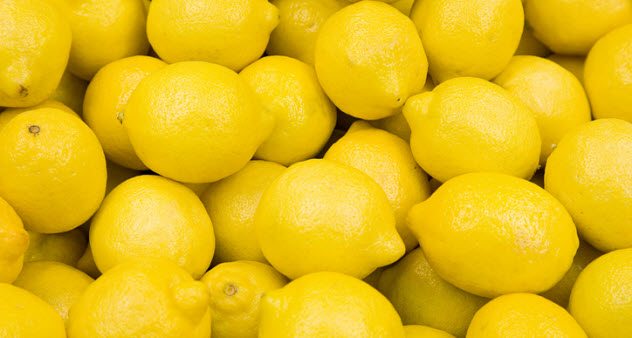 Lemons were yesterday’s caviar. In ancient Rome, they were available only to those who could afford them. For over 1,000 years, only two citrus fruits were known in the Mediterranean—the citron and the lemon. The latter was rare enough in Rome to be very expensive and was prized by the rich for its flavor and medicinal properties.[2]

A 2017 study found that lemons arrived 400 years after the citron first delighted palates in the Mediterranean. In Rome, the earliest lemon was found in the Roman Forum and the pieces were dated to a time between the late first century BC and the early first century AD.

Eventually, other citrus fruits arrived from Southeast Asia—the orange, mandarin, lime, and pomelo. However, they were viewed as normal cash crops while the lemon and citron stayed exclusive and were owned only by the wealthy. 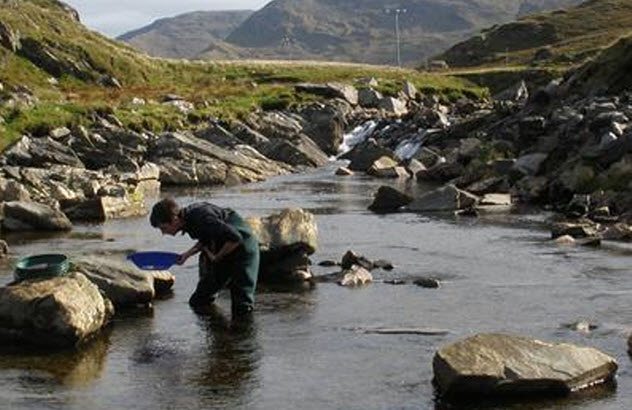 A surprising discovery was made when a recent study focused on Irish gold. The artifacts were made during the Bronze Age as early as 2500 BC. Analysis proved that the gold was not homegrown but likely originated in Cornwall. There was no need to import. Ireland’s gold was plentiful and easily obtainable.

Yet, the goldsmiths seemed to prefer their stock to be a bit more “foreign.” It was the same precious metal, but imported Cornish gold might have lent a more exotic value to the artifacts. Around the same time, there was a drop in local gold inside Cornwall and southern Britain. This suggested that the only value they saw in it was as something to be traded.[3]

Today, gold has a universal financial value. But the Irish-Cornwall gold trade proves that the yellow metal was coveted in ancient times by different people for different reasons—a barter piece, foreign material, a religious element, or as something with supernatural abilities. Even so, the glittering substance never lost its worth, even when nobody truly agreed on why they treasured it. 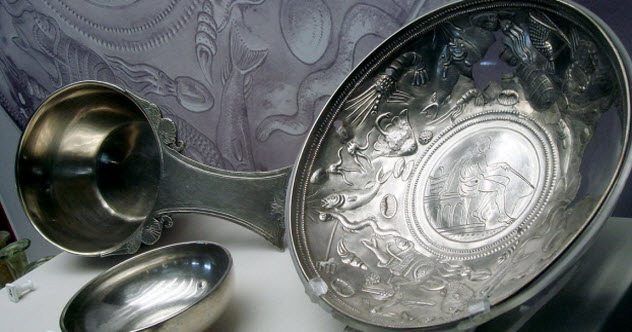 In 2014, a small glass plate revealed another unexpected trade route from antiquity. Measuring 15 centimeters (5.9 in) across, the attractive dish was found in a mound in Japan. Niizawa Senzuka is a nationally important grave site, and the mound that contained the plate was built in the late fifth century AD.

Tests revealed that the dark blue glass was several centuries older and that it was forged in the Roman Mediterranean. It contained lime and silica in nearly identical quantities to those found in known glassware from this era and location.[4]

The presence of antimony refined the guesswork surrounding its age. Romans stopped using the metallic element in the second century. It remains uncertain how early the raised plate could have been manufactured, but it was some time during or before antimony went out of fashion.

The finishing touches suggested that it was painted in Persia before making its way to Japan. Not only does this unveil trading between the Japanese and Romans but it also shows that international business between the East and West began earlier than previously believed. 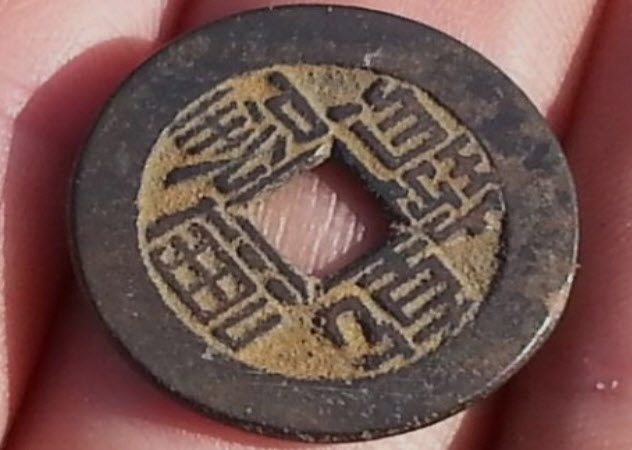 The Japanese may have ordered Roman plates, but the Chinese visited an Aboriginal community. In 2014, a single coin was found on Elcho Island. It was soon identified as a brass coin minted 1736–1795 in China during the Qing dynasty.

The first of its kind to be found in Northern Australia, it supports contact between the locals of this remote island and China. Thought to have occurred in the 1700s, it is the only evidence of the Chinese trepang trade reaching this corner of Australia.

The buyers were possibly not ethnically Chinese but the Macassan people from Indonesia. They acted like the middle man, selling the trepang (sea cucumber) in turn to the Chinese.[5]

The coin may be the first of many things linked to trading with China, but it is old news to the Aboriginal community. Their oral history mentions trades with Chinese merchants and that their coins made lovely fishing weights. 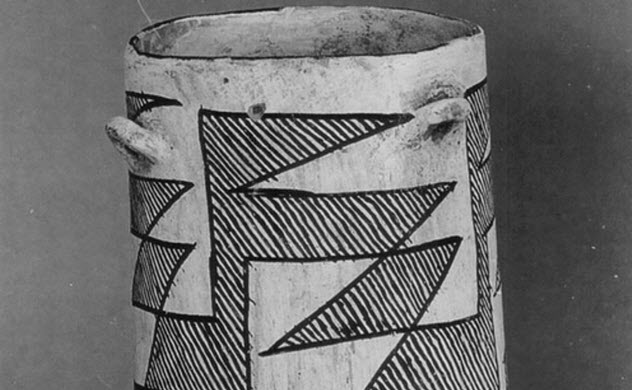 Chocolate was a sought-after drink in the ancient Americas. Plenty is known about the Maya and Aztecs’ love of the cacao bean, which was served liquid and frothy. But little evidence existed about chocolate’s influence in the American Southwest.

Recently, researchers looked at 75 clay pots from two elite sites—Pueblo Bonito, dating to around AD 900, and Los Muertos in Arizona from the 14th century. Another eight came from lower-class households.

The scientists were looking for the fingerprints of chocolate—theophylline, caffeine, and theobromine. They showed up in a big way. Two-thirds of the elite pots and all eight of the vessels that belonged to ordinary citizens tested positive.[6]

This showed that chocolate was enjoyed by all levels of society and was imported in huge quantities. They did not let thousands of miles stop them from getting their fix, either. The trade between the two sides turned out to be extensive. The cacao was likely paid for in turquoise, which became popular in Mesoamerica (Mexico and Central America) around AD 900. 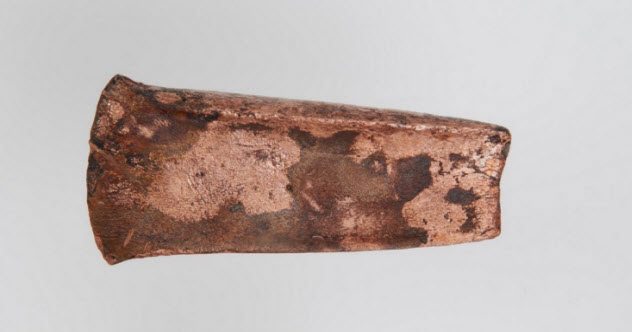 Otzi shot to fame when his mummified remains were found in 1991 at the Italian-Austrian border. Among the 5,300-year-old man’s possessions was a fine copper axe. Analysis of the metal suggested that it originated in Southern Tuscany. This implied a trade route between the Alps and central Italy, a long-distance affair that scholars said was not feasible 5,300 years ago.

In 2017, another copper axe turned up. Although nowhere near where Otzi was found, there is a link between his weapon and the new find. Discovered in the village of Zug-Riedmatt in Switzerland, it had the same shape as the Otzi axe. Although smaller by half, the blade was also made from copper mined in Southern Tuscany.

The locations of both axes were hundreds of miles away from their mutual source. Only long-distance trade can sufficiently explain the differences in origin and where they were found. The new axe, described as both a weapon and a general-purpose tool, was forged sometime between 5,100 and 5,300 years ago. This is roughly the same time frame during which Otzi died.[7] 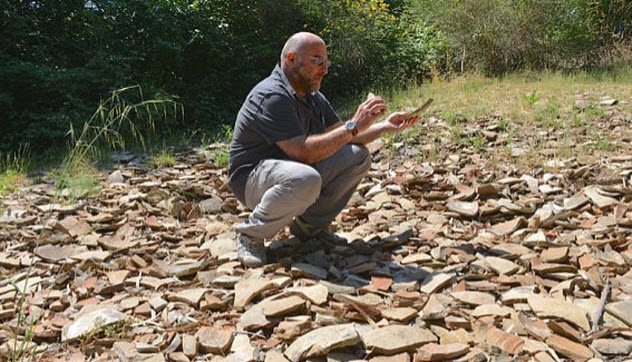 Monte Testaccio is an artificial hill in central Rome that is made of clay shards. About 25 million of them. The pieces belong to countless amphorae that were broken and stacked together for three centuries.

In 2015, archaeologists examined the world’s biggest Roman rubbish heap. More like a treasure trove to those who love the intricacies of history, it revealed a lot about what the Romans ferried around in jars. They were not hand-sized mugs, either. Each amphora weighed 30 kilograms (66 lb) when empty and over 100 kilograms (220 lb) when filled with wine, fish sauce, or olive oil.

Unlike most ancient pots, researchers do not have to guess what these vessels contained. Each jar came with the equivalent of a bar code—an inscription about content, weight, origin, jar maker’s name, when it left for Rome, the arrival date, who imported it, and taxes paid. This information enabled scientists to map the complex web in the Mediterranean which brought goods to Rome nearly 2,000 years ago.[8]

Today, the 49-meter-high (160 ft) mound is still in use, although for different reasons. Several caves dug at ground level serve as storage rooms, wine cellars, nightclubs, and restaurants. 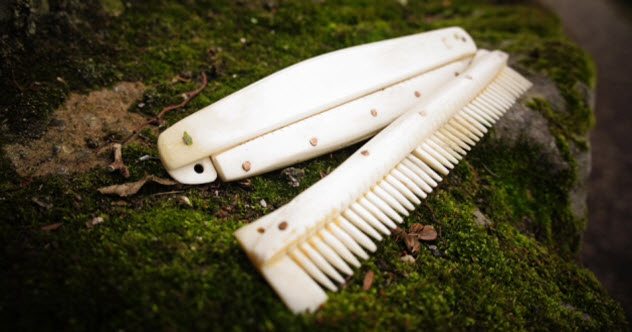 Historically, the start of the Viking Age is June 793. That month, the Norwegians sailed over to an English island called Lindisfarne and sacked it. However, a 2015 study of combs carved from reindeer antlers is changing the Viking story and it could have a surprisingly peaceful beginning.

The combs were retrieved from Ribe, one of Denmark’s oldest settlements and a bustling trade hub. Reindeer are not native to Denmark, but they did shed their antlers all over Norway. Before the Vikings became raiders, they probably honed their famous maritime skills by taking antlers to Ribe’s market. Antler combs were big business during this time and the centuries that followed.

Thus, the true Viking Age began as early as 725 when the Norwegians became resourceful traders. This lends credence to an old theory that coastal trade played a role in shaping the more violent Viking expeditions. Before linking the combs to Norway, it was difficult to prove that distant Scandinavians visited Ribe so early. Now it is probable that visiting trading towns gave the Vikings the training and incentive to switch to plundering other countries.[9] 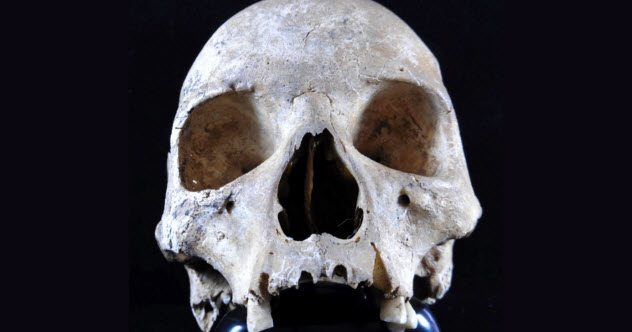 The Vikings spread more than just terror and combs. There is also a strong possibility that they brought leprosy to southeastern England. The marauders once traded a popular commodity—red squirrels. The animals’ fur and meat were prized, and some were kept as pets.

Around 30 years ago in a village called Hoxne, a woman’s skull was found. She had died a long time ago, between AD 885 and AD 1015. Her face showed signs of terrible disfigurement, and recent analysis of the bone identified a curious strain of leprosy. It did not infect other parts of England until hundreds of years later. But during her life, it had already ravished Scandinavians in Denmark and Sweden—home to the Vikings.

It’s hard to say how the woman caught leprosy. But considering the origins of the strain, it is likely that it occurred because of the red squirrel trade. The animals were affected by a closely related version of the disease.

The Hoxne woman was not the only victim. It would appear that leprosy persisted in southeastern England for centuries. Another victim of the same strain was a man from Great Chesterford who died between AD 415 and AD 545.[10]

When not writing lists or hiding from red squirrels, Jana also writes adventure books, which can be viewed here.

For more fascinating facts about ancient cities and their trade practices, check out 10 Strange Forms Of Ancient Currency and 10 Cities That Once Ruled The Ancient World.