During the Cold War, the American nuclear threat following the drop of atomic bombs on the Japanese cities of Hiroshima and Nagasaki shifted the Soviet nuclear weapons program into high gear. Immediately after the atomic bombings, the Politburo established a special committee to oversee and expedite the development of nuclear weapons. On April 9, 1946, the Council of Ministers created the KB–11 Design Bureau, whose goal was mapping the first nuclear weapon design, largely based on the American approach and detonated with weapons-grade plutonium. A series of research and development centers were established. Many people were brought to these facilities, and a number died as a result of exposure to radioactivity.

Closed cities emerged around these colossal facilities, as a result of the large populations that the research centers brought, using secrecy in order to conceal information from the United States and their Western allies. Of the total of 44 closed cities that were initially established, it’s hard to believe that many of them continue to exist today. These cities are surrounded by barbed-wire fences and armed patrols which strictly restrict the entrance of foreigners, as a special pass is required to enter. This has, in part, resulted in safer places with higher qualities of life. Nonetheless, this safety comes with a price that most would not be willing to pay: the restriction of freedom.

Here is a list of ten closed cities in Russia that continue to exist in 2018. 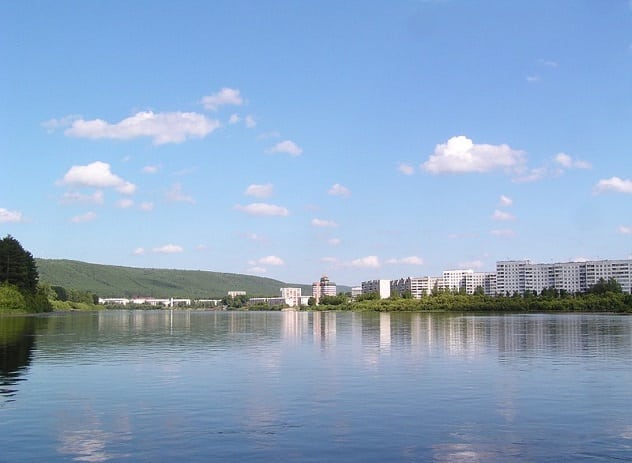 This Russian city, located on the bank of the Kan River, currently has a population of around 66,000. It was constructed with the purpose of enriching uranium for the Soviet nuclear weapons program in the late 1950s and early 1960s. Like other closed cities, Zelenogorsk was widely known under a code name, in this case Krasnoyarsk-45. In 1992, it was placed on Russian maps and allowed to use its real name.

The city currently supplies uranium to nuclear reactors in the United States and other countries for electrical production, accounting for approximately 29 percent of Russia’s enrichment capacity. In addition to uranium, this plant separates isotopes of nine different elements. In 1997, the United States-Russia Highly Enriched Uranium Purchase Agreement was put in place. In this treaty, the United States agreed to purchase Russian low-enriched uranium (LEU) fuel obtained from high-enriched uranium (HEU). As a result, the electrochemical plant in Zelenogorsk has been in charge of converting HEU from nuclear warheads into LEU.[1] 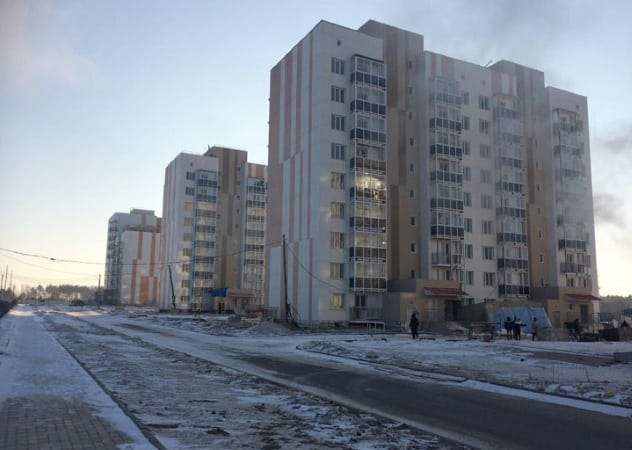 Tsiolkovsky is located next to the Bolyshaya Pyora River. Its present name, Tsiolkovsky, was given to the city in 2015 by President Vladimir Putin, after the Soviet rocket scientist Konstantin Tsiolkovsky. Konstantin, born in 1857, wrote more than 400 works on space travel, inspiring later scientists and greatly contributing to the success of the Soviet space program.

The town was originally founded in 1961 and built with the purpose of serving the intercontinental ballistic missile base of the Soviet Union. Its code name was Svobodny-18. Today, it has a total population of approximately 6,000 inhabitants. The city currently supports the Vostochny Cosmodrome, a space launch facility which aims to reduce Russian dependence on the Baikonur Cosmodrome in Kazakhstan.[2] 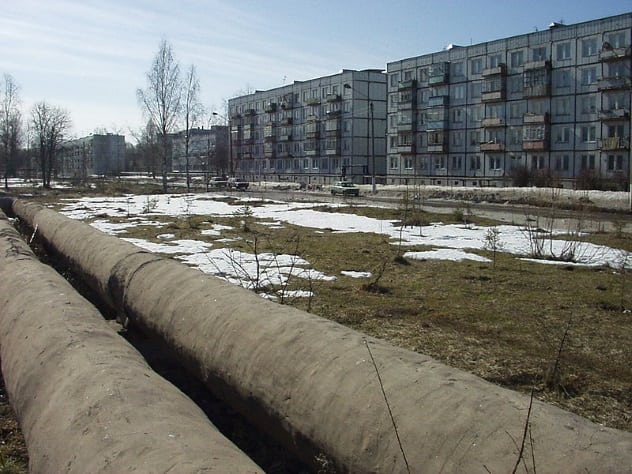 Mirny was established in 1960 close to the Yemsta and Mekhrenga Rivers in the western part of Arkhangelsk Oblast as a ballistic missile launch site. Six years later, however, a spaceport was developed here, known as the Plesetsk Cosmodrome. Despite its establishment in 1960, Mirny was only mentioned in the media 23 years later.[3] It currently has a population of about 30,000 and is located near a railway station as well as an airport. 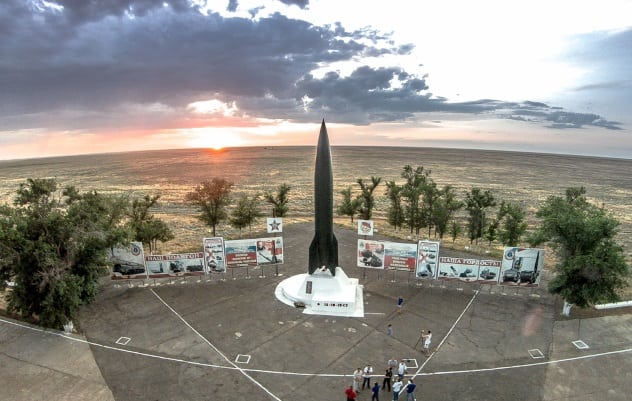 Kapustin Yar was built as a Soviet missile testing site in 1946.[4] It was home to the first launch of a ballistic missile in the Soviet Union on October 18, 1947, about one year after its establishment. In addition to this, between 1957 and 1961, five atmospheric nuclear tests of small power were conducted here. Evidence of Kapustin Yar’s existence was obtained by the Western world through spy flights and the infiltration of scientists.

In 1966, Kapustin Yar built a cosmodrome. It currently serves as a development site for new technology. It has been the site of a large number of UFO sightings and has been nicknamed “Russia’s Roswell” and the “Russian Area 51.” Of course, it has a closed city to support it, called Znamensk, with a population of roughly 30,000. 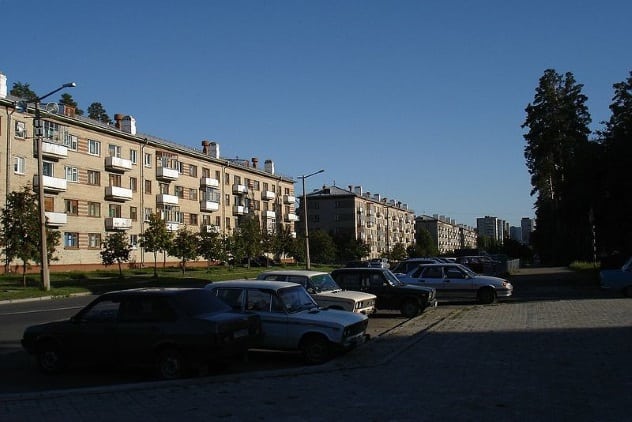 This city was founded in 1957 under the code name Chelyabinsk-70. It was granted town status in 1993. It is located near Lake Sinara and serves as one of the two centers of the Russian nuclear program. A thermonuclear device was designed and tested only a few months after Snezhinsk’s establishment. In 1997, Snezhinsk ironically imported a supercomputer from the United States.

The closed city currently has a total population of around 49,000 and is home to several mysterious artifacts that have been preserved from Soviet times, such as a series of tunnels, ventilation pipes, and odd structures.[5] The tight security in Snezhinsk, similar to all the other cities mentioned in this list, combined with its intriguing history and the artifacts mentioned, has increased curiosity among foreigners, creating the potential for future tourism if it were to be opened someday. 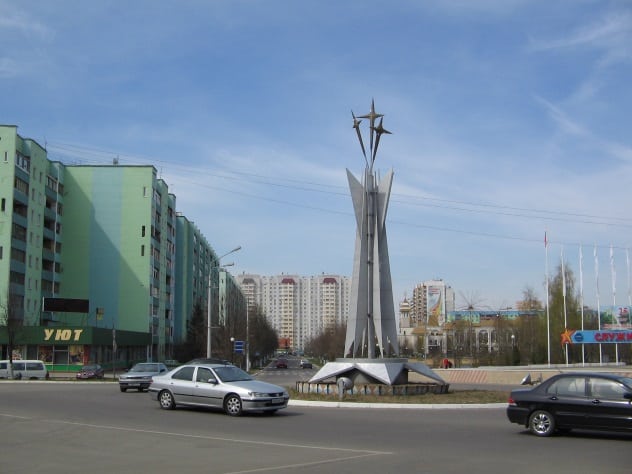 Unlike most of the other cities on this list, which were built close to a large body of water in order to deposit radioactive waste, Krasnoznamensk only contains a couple of very small lakes. This city is very close to the Russian capital of Moscow and serves as a space systems control center, a reserve mission control center, and the main center for aerospace intelligence.

Krasnoznamensk was known as Golitsyno-2 until 1994. Its current population is around 39,000.[6] Several rumors that spy satellites were launched from this city have recently emerged after claims from a Russian space command official. 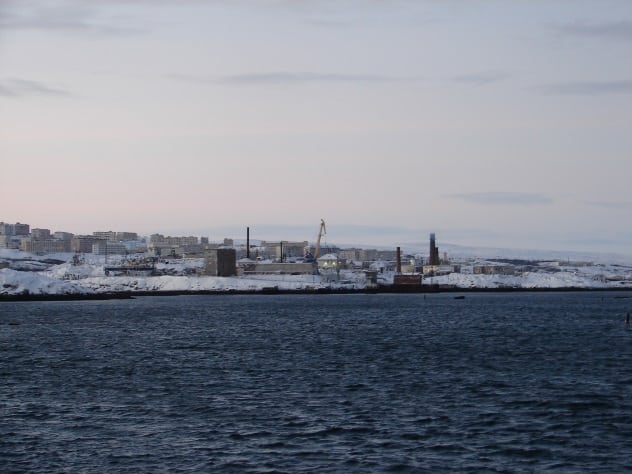 Ostrovnoy was founded as a Russian naval base in 1915. It is located next to the Arctic Ocean in Murmansk Oblast and is not connected to a rail network or a highway. As a result, it can only be reached by ship, helicopter, or small plane. Its code name was Gremikha, and it served as one of the main facilities for serving nuclear submarines.

In the 2002 census, the population was 5,032, but the the number of inhabitants has begun to decrease. In the last census, 2010, its population was 2,171.[7] As in most other closed cities, the inhabitants of Ostrovnoy were offered salaries 20 percent greater than normal and better food supplies during the Cold War. 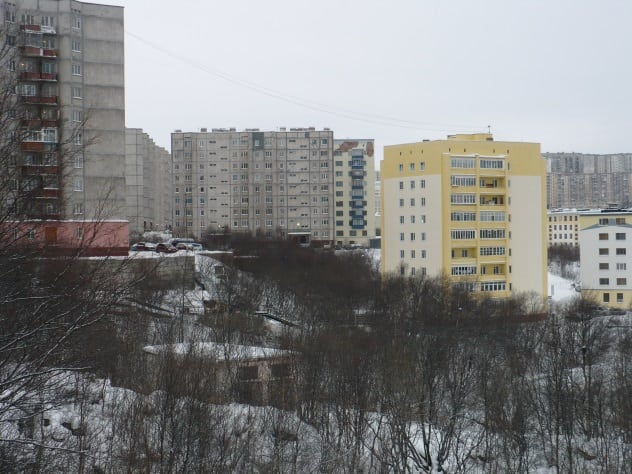 Severomorsk, previously known as Vayenga, was first settled in 1896. It is located on the Kola Peninsula along the coast of the Barents Sea. As a result of its advantageous location, it was named the main base of the Russian Northern Fleet. Several military installations were built in Severomorsk starting in 1934, and it was used during World War II. It was only converted to a closed city, however, in 1996 by decree of President Boris Yeltsin.[8]

From May 13 to 17, 1984, a series of fires resulted in the detonation of large amounts of munitions near the Severomorsk naval base. This calamity, now known as the Severomorsk disaster, resulted in the death of 200 to 300 people and the destruction of about 900 missiles. The city currently continues to be the administrative base of the Northern Fleet and has a population of around 50,000. 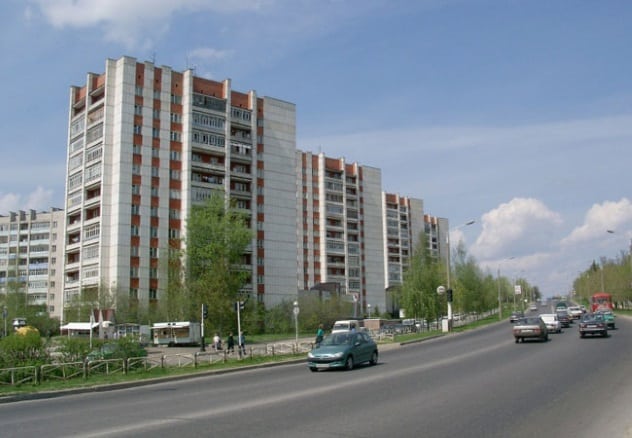 This city, located in Western Russia, relatively close to Moscow, was named after the Sarov Monastery, which was founded in 1706 in the site of the present city. It was a holy place for the Russian Orthodox Church until the monastery was closed in 1923. During World War II, the monastery buildings were used as factories to produce rockets. Afterward, in 1946, a nuclear weapons design facility was built, and Sarov became a closed city, with the code name Arzamas-16.

Not even Russians born close to Sarov can enter it. Like several other closed cities, it is surrounded by fencing and military patrols, and passes are required for entrance. Three types of passes can be acquired: one-time, temporary, and permanent. Nevertheless, it is almost impossible for normal tourists, especially foreigners, to enter the city. Currently, Sarov has a population of around 90,000 and is home to the Russian Federation Nuclear Center and an atomic bomb museum.[9] 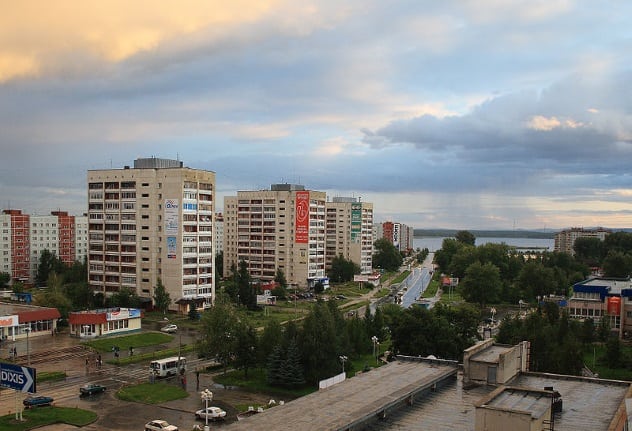 This closed city was founded next to Lake Irtyash and the Techa River in 1947, under the code name Chelyabinsk-40 or City-40 and then later Chelyabinsk-65. As a result of its proximity to Mayak, a plutonium plant, Ozersk (aka Ozyorsk) became the birthplace of the Russian nuclear weapons program. This city and its inhabitants have been frequently exposed to radioactivity. Between 1945 and 1957, the Mayak plant constantly dumped radioactive waste around its immediate surroundings.

During 1957, a nuclear waste tank exploded, releasing tons of radioactivity, behind only the Fukishuma and Chernobyl disasters. Before this, waste was also frequently dumped into the Techa River, which remains highly contaminated. Despite this, the city is currently home to around 82,000 people. In 2016, Russian documentary film called City 40 was released, documenting the lives of the inhabitants of this city.[10]

Read about more secret places you aren’t allowed to enter on 10 ‘Secret Cities’ That Were Kept Hidden From The Public and Top 10 Secret United States Government Bunkers.