Conjoined twins (or Siamese twins) are two babies whose bodies are born fused together. Although they can be joined in various ways, there are two distinct categories: symmetrical and asymmetrical conjoined twins. The two groups have radically different outcomes.

Symmetrical conjoined twins generally have all the body parts and organs needed to live as two complete individuals if separated. The only birth anomalies occur where the twins are fused. With asymmetrical conjoined twins, one twin is often small, weak, and dependent on his sibling for nutrition. These twins may be separated to increase the chances that the strong one will survive.

Conjoined twins are not the result of a genetic mutation. Instead, they may occur when a fertilized human egg that would have become twins is only partially split. Two human beings form. But a delay in the split of the embryonic layers into two separate individuals causes the twins to be conjoined. Another theory is that two embryos combine at an early stage of development.

Here are 10 of the most bizarre cases of people who were born fused together. 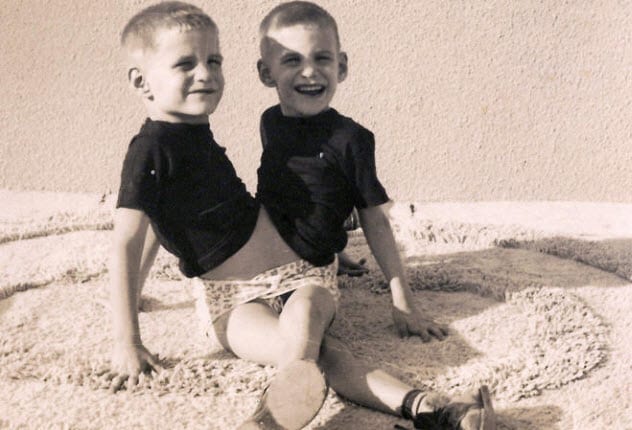 Ronnie and Donnie Galyon are symmetrical conjoined twins who were born fused together at the abdomen on October 28, 1951, in Ohio. These two individuals became the longest-living set of conjoined twins in 2014 when they turned 62 years, eight months, and eight days old.[1]

This is miraculous because conjoined twins have a lower chance of survival than the general population. Sadly, many such twins are stillborn and others die shortly after birth.

But Ronnie and Donnie survived, although they weren’t allowed in school due to fears that they would be a distraction to the other students. The twins became sideshow hits and made a decent living doing so. Connected straight down the abdomen, the pair had two of almost every body part, one for each individual, except they shared one colon and one penis. 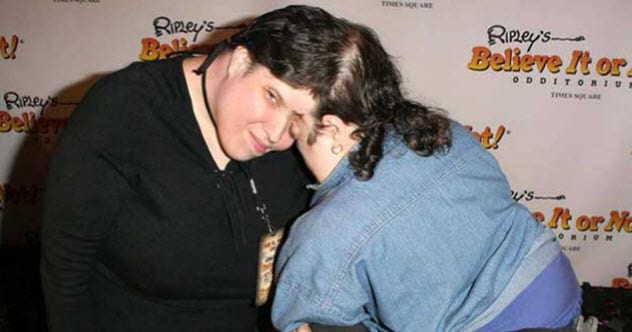 Lori and Reba Schappell are craniopagus conjoined twins, two people who are born connected at the head. This presents a difficult challenge for medical professionals who wish to separate conjoined twins so that they can live as individual, independent people.[2]

Craniopagus conjoined twins only occur in 1 of every 2.5 million live births and represent 2–6 percent of all cases of conjoined twins. Like Lori and Reba Schappell, these types of twins often share parts of the brain and cannot be separated.

Lori and Reba had to spend their lives attached to one another at the head. Despite this, Reba, who also goes by the name George Schappell, went on to become a country singer and enjoy a bit of an audience for a while. 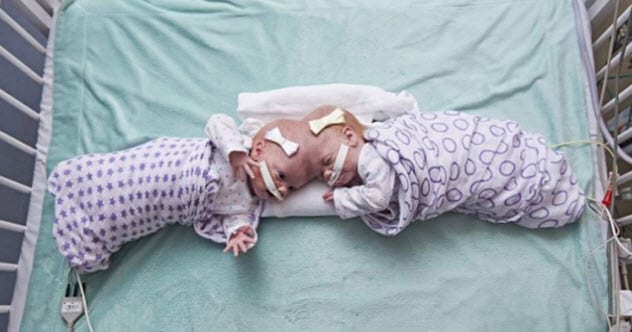 Erin and Abby Delaney are another example of craniopagus conjoined twins who were born on July 24, 2016. The two were fused at the top of their heads. Ten months later, the twins were separated in an 11-hour surgery that required a team of 30 healthcare professionals.[3]

It’s rare that such twins can be separated. The procedure was exceedingly difficult because they shared vital blood vessels needed for their brains to function. One mistake and both could have died. Being so young at separation, the twins will grow up to lead normal lives and never remember being physically connected. 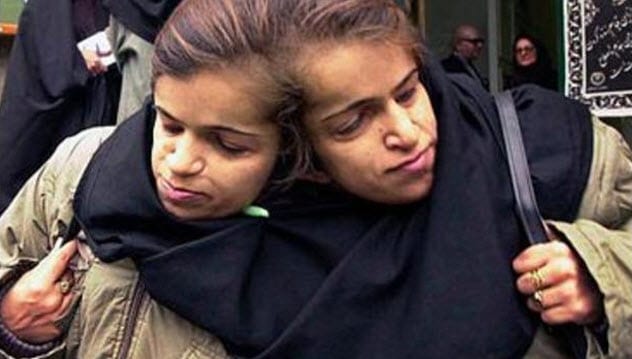 Born in Iran in 1974, Ladan and Laleh Bijani were one of the saddest cases of conjoined twins ever to live. They spent their entire lives wanting to be separated. They were craniopagus conjoined twins fused at the side of the head who shared some of the brain.

Citing the deadly risks, doctors in Germany refused to do a separation operation. However, the twins found a team of doctors willing to perform the highly risky operation in Singapore. One doctor said that the team had begged the twins not to go through with the surgery. Their adoptive father claimed that the doctors had insisted on the surgery, while their adoptive mother said that Ladan was adamant about undergoing the procedure. Laleh was scared.

Unfortunately, both twins died of surgical complications at age 29. Their deaths were not wholly in vain, though. Much was learned from a medical standpoint during the operation.[4] 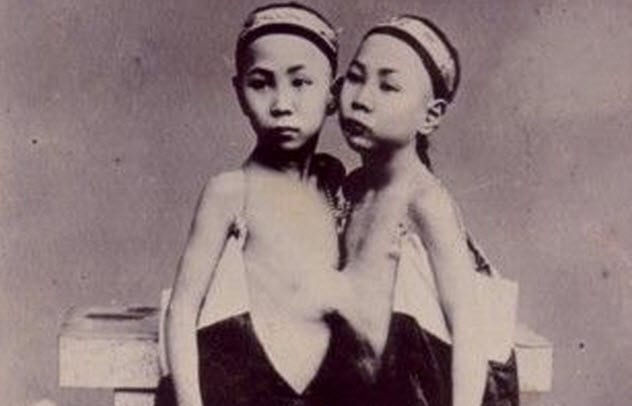 Liou Seng-Sen and Liou Tang-Sen were conjoined twins who are believed to have been born around 1886 in China. As xiphopagus conjoined twins, they were connected by a piece of cartilage straight down the abdomen.[5]

They became sideshow performers, traveling around Asia and appearing at fairs. Though their exact date of birth seems to have been lost to history, some people believe that they died at age 71. If true, this would make them the longest-living pair of conjoined twins. But it has not been confirmed. 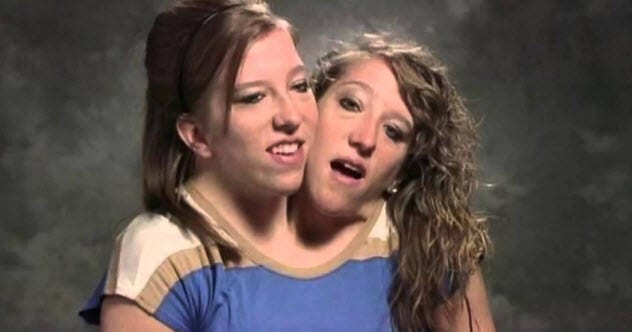 Born in 1990, Abby and Brittany Hensel are dicephalic parapagus twins. This means that they share one body yet have two separate heads. They have two minds with individual thoughts and different experiences in just one body.

Considering their rare condition, these girls from Minnesota live fairly regular lives. Each even obtained a driver’s license, which they had to do separately while sharing the same body to operate the vehicle. They both passed the test.

The two have been very open about their condition and even had their own television reality show at one point.[6] Interestingly, each twin controls one half of their body. So to perform daily tasks, they have to work in unison, using their respective portions of the body to accomplish something that, for instance, requires two hands. 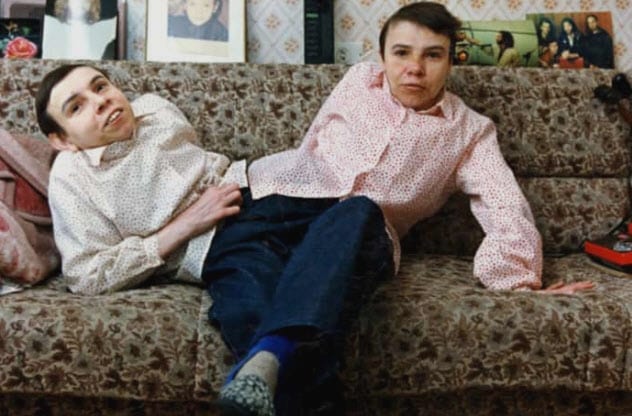 Masha and Dasha Krivoshlyapova were born in the former Soviet Union on January 3, 1950. As ischiopagus tripus conjoined twins, they were fused together at the waist with their bodies contorted into a 180-degree angle. They had two sets of almost everything. However, they only had one pair of legs shared by both. From the waist down, it was as if they were one person. From the waist up, they were two different people.

But their tale became dark and tragic when they were removed from their mother’s care by Soviet authorities shortly after birth. Eventually, the twins became test subjects for government medical authorities. To see how the girls would react, they were subjected to experiments that led to near death—like extreme temperatures, isolation, and sensory deprivation.

Eventually, they developed vastly different personalities that simply clashed. Dasha tried to hang herself at one point when Masha, the more dominant personality, wouldn’t allow a relationship between Dasha and her lover. The pair died in 2003 at age 53 when Masha had a heart attack. With a shared circulatory system, Masha’s decomposing body gave Dasha blood poisoning.[7] 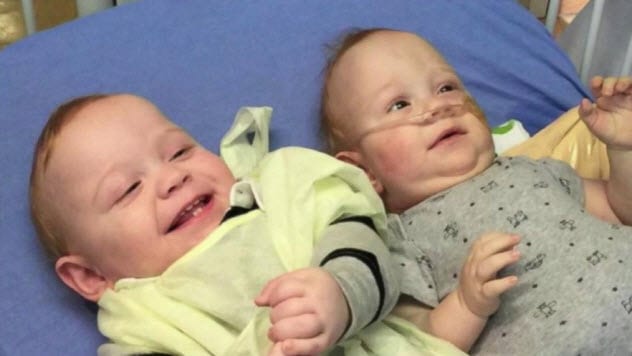 Conner and Carter Maribal were conjoined twins from Florida who were successfully separated by surgery at only five months old. The twins had been connected by the stomach, but they also shared a liver, parts of their intestines, and bile ducts.

Even so, a team of surgeons managed to divide those shared parts, giving the boys a good chance of survival after the operation. That doesn’t mean the procedure was without risk, though. The boys’ chance of survival was only 25 percent.[8]

Fortunately, they made it through the surgery. Thanks to advances in modern medicine, conjoined twins now have a greater chance of being successfully separated and living relatively normal lives. 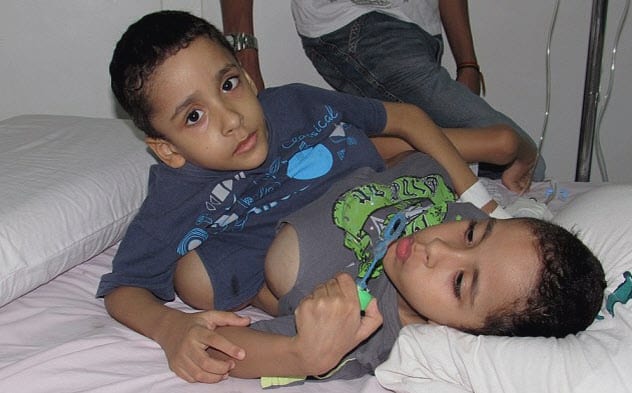 In Brazil, Artur and Heitor Rocha were born connected at the abdomen. These brothers were also featured on television and became quite popular. They shared a liver, intestine, and bladder.[9]

For five years, the brothers remained attached. But Heitor’s weight was pushing on the spine and internal organs of Artur, so their parents opted for separation surgery. Sadly, Artur died from the operation. A tragic reality is that such risky surgeries sometimes lead to the death of one or both twins. 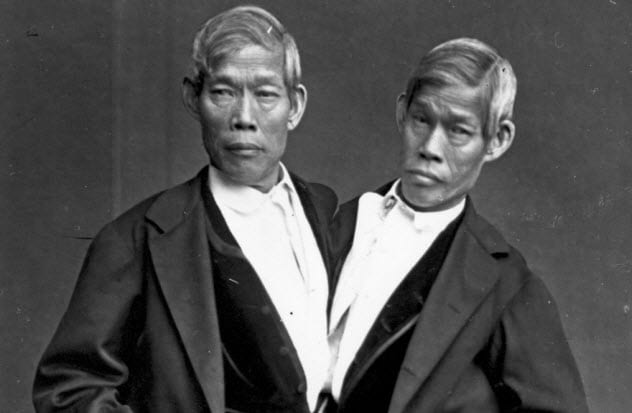 Chang and Eng Bunker lived extremely unusual lives even by the standards of conjoined twins. They are largely considered the original “Siamese twins,” an alternate term for conjoined twins that came about because the Bunkers were from Siam (modern-day Thailand).

Born in 1811, the twins were brought to the United States in 1829 to perform in circus sideshows. Initially, the two were exploited like slaves. Some Westerners saw in the Bunkers nothing more than the ability to make lucrative profits from a rare condition.

Eventually, the Bunkers were able to break free from their “managers,” who kept all the money from the twins’ performances, and become citizens of the United States. Acting as their own managers, the twins became quite wealthy. Each of them married and had several children. In fact, Chang had 11 kids and Eng had 10.

In the end, Chang suffered a stroke which paralyzed him. Eng had to drag Chang around with him until Chang died in 1874 at age 62. Eng died a few hours later.[10]

I like to write about dark stuff, horror, history, and philosophy.