There are lots of ailments that affect humans. But what about animals? As it turns out, they have their own afflictions, too, and they can be just as strange, or downright ridiculous, as anything that strikes us.

Take, for example, the syndrome that causes hedgehogs to blow up like beach balls or the condition that makes dogs’ tails limp, and it will become immediately apparent that humans don’t have a monopoly on bizarre medical issues. Here are ten strange syndromes that only affect animals. 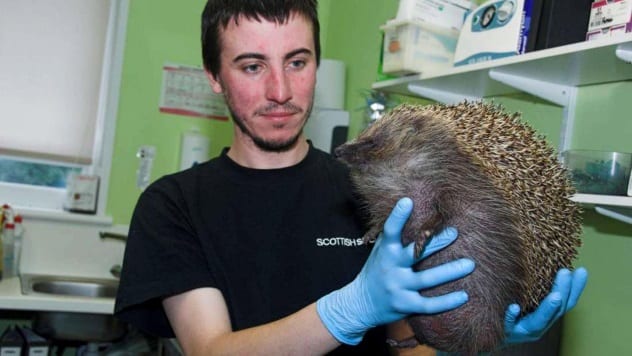 Balloon syndrome is what happens when a hedgehog becomes so puffed up that it resembles a beach ball. Scientists do not totally understand the condition, although they know it is caused when air gets trapped under the hedgehog’s skin.

They suspect balloon syndrome happens when hedgehogs suffer lung injuries. The lungs get punctured, sending air under the skin as the hedgehog breathes. This leaves the hedgehog at a disadvantage since it cannot curl itself, making it vulnerable to predators.

However, treatment is pretty easy. All veterinarians do is to make small cuts on the skin to allow the air to escape. Antibiotics can also be applied around the cuts to prevent infections. The cuts need to be left open while the hole in the lung heals; otherwise, the hedgehog will puff up again.[1] 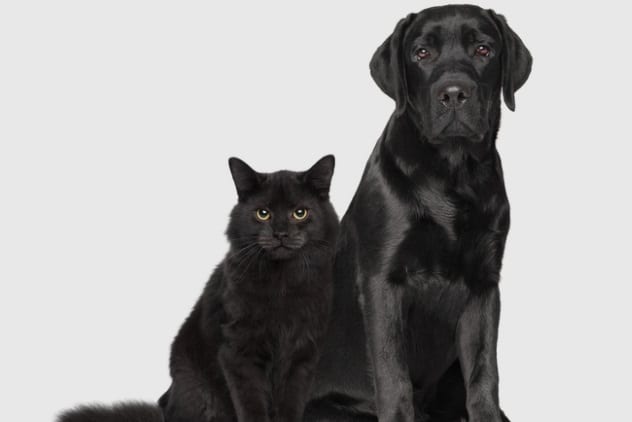 Animal shelters have observed that people are less likely to adopt black dogs and cats. This is what they call black dog syndrome and black cat syndrome. A study revealed that the average non-black dog spends 12.5 week at a shelter before it is adopted. However, black, disabled, and older dogs remain in the shelter for four times longer.

It is unclear why people avoid adopting black dogs and cats, but it seems to have something to do with their looks as well as stereotypes and superstitions surrounding black animals. Black dogs generally lack distinguishing features like other dogs. Their dark coats mean adopters might be less likely to notice them in shelters and will bypass them when they decide to adopt online.

Some superstitious people believe black dogs are actually vampires in disguise, while black cats are clearly involved in witchcraft. Black cats are so synonymous with witchcraft that some people reportedly use them for rituals during Halloween. Shelters have realized this, and many refuse to allow people to adopt black cats between September and November.[2]

However, it is agreed that black dogs finally get adopted, even though they take longer. When adopting a dog, people generally consider the dog’s breed, size, age, history, and color, in that order. So they will often overlook the color if they are comfortable with the first four. This could even be the reason some people say black dog syndrome does not exist and insist that black dogs get adopted at the same frequency as other dogs. 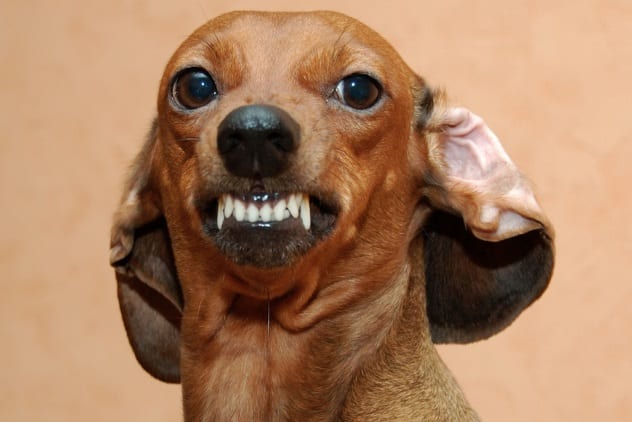 Small dog syndrome is a disorder only prevalent in small dogs. Dogs suffering from it will become overtly excited and aggressive when around humans and other dogs. They will often jump on their owners and other dogs and will growl and bite at anything they consider a threat.

Small dog syndrome is often fueled by the behavior of the dog’s owner. It happens when the owner becomes lax with the dog’s training and allows it to get away with certain things they would not have allowed if the dog were larger. Obviously, few dog owners would allow their large dog to jump on people every time or to growl at other people and dogs indiscriminately.[3] 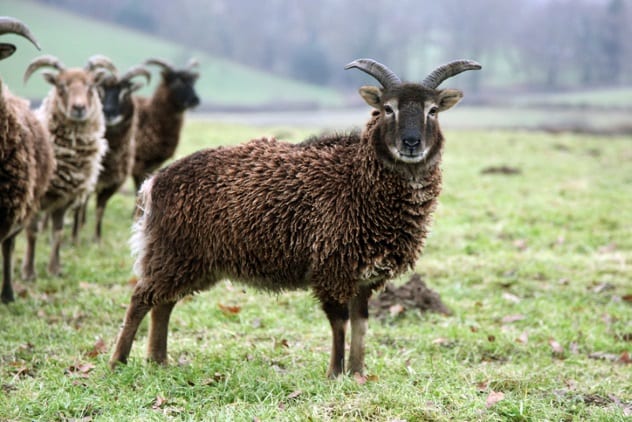 Irritable male syndrome is a disorder observed in Soay sheep, red deer, reindeer, Indian elephants, and other mammals with seasonal breeding patterns. It’s caused by a reduction in the production of testosterone. It was first described by Dr. Gerald Lincoln, who noticed that male Soays became aggressive in winter, just after their autumn mating season. The sheep would often become nervous and withdrawn and attack anything of interest.

Irritable male syndrome violates the premise of this list a bit, as it has also been arguably observed in adult human males between ages 40 and 60. The men are said to suddenly become bad-tempered, angry, irritated, and hostile. This usually affects their relationships with their spouses, as they become less tolerant and highly vocal.[4]

Researchers consider irritable male syndrome the male version of menopause, since sufferers feel similar symptoms to women undergoing menopause. Both generally have reddened faces, complain of excessive heat, and sweat more. However, some researchers say low production of testosterone has nothing to do with the grumpiness of older men. 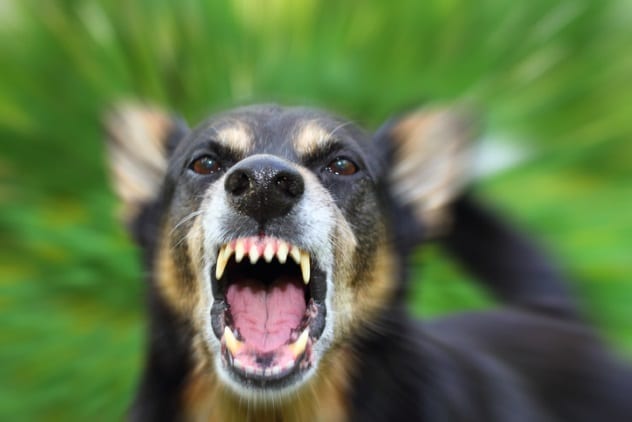 Rage syndrome (aka sudden onset aggression) is a disorder that makes certain dog breeds suddenly turn aggressive. The dogs will attack anybody around them, even if that person is their owner. They recover soon after the attack and will not even remember what they have done.[5] Some will even calmly walk up to the person they just attacked as if nothing happened.

Most attacks happen when a person suddenly approaches the dog when it is sleeping. The dog goes into a rage and attacks the person before suddenly stopping. There is usually little or no warning before the attack. However, the dog’s eyes will often look glazed before a rage attack.

Rage syndrome is most common in Springer Spaniels, which is why it is also called Springer rage. It also affects Dobermans, Poodles, and Golden Retrievers. Unlike many other syndromes, it is a genetic disorder. However, it is rare. Roger Mugford was the first to research the disorder. He noted that affected animals start showing symptoms around seven and a half months of age. Other studies claim the onset to be as soon as three months or up to two years. 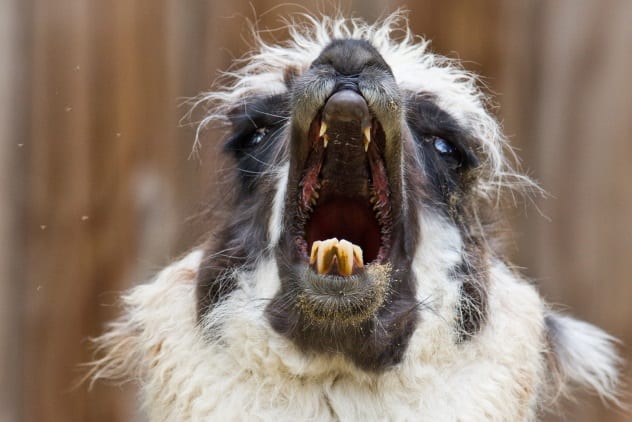 Berserk male syndrome (aka aberrant behavior syndrome) is a disorder that causes certain male animals to suddenly turn aggressive and attack anything in their path. The syndrome has been observed in the males of several species, including llamas, alpacas, and peacocks.

The syndrome is unwittingly caused by human owners who allow susceptible animals to stay around them when they are younger. The animals will essentially come to view the humans as a member of their own species and will usually engage in playful behavior like pushing their owners and pulling their clothes. This becomes a problem when the animal grows older, since bigger animals can injure their owners.

It becomes worse when the animals reach puberty. They suddenly become territorial and charge at anyone who encroaches into their personal space. Llama owners have ended up bitten and stomped because of this. Peacocks will often attack their owners with their sharp spurs. Interestingly, the syndrome has also been observed in peahens. The disorder is incurable, and the affected peafowl will have to be killed.[6] 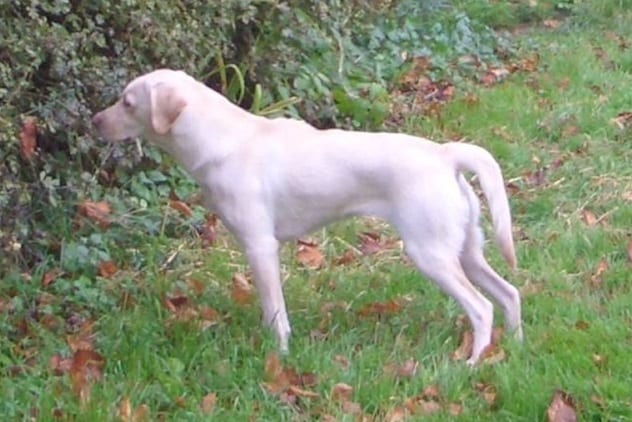 Limber tail syndrome is another name for acute caudal myopathy. It is an affliction that makes a dog’s tail go limp. Affected dogs lose control of their tails, which just hang down as if they were ropes. The dogs cannot lift their tails, wag them sideways, or use them for anything else.

Limber tail syndrome is caused when a dog engages in tiring activities or gets exposed to cold water. Blood does not reach the tail during the activity or exposure, causing it to swell. A part of the tail will usually remain stiff for some time before everything goes limp.

Affected dogs will usually refuse to sit or eat because of the pain and swelling. They will also experience serious pain when passing feces. Hunting dogs are at the most risk, since they engage in tiring activities and are more likely to be exposed to cold water. There is good news, though. The syndrome usually goes away in few days, and the tail returns back to normal.[7] 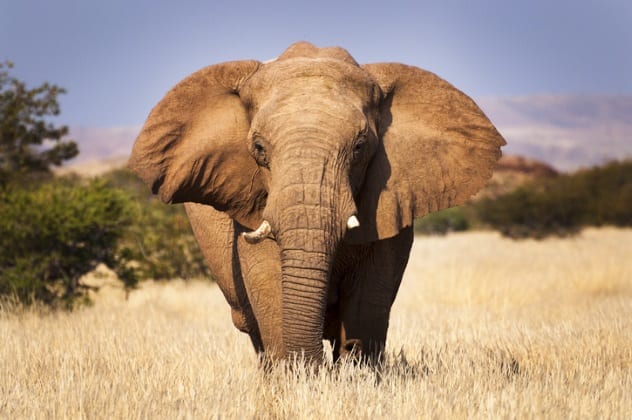 Also called flaccid trunk paralysis, floppy trunk syndrome is a disorder that causes an elephant’s trunk to go limp. The condition leaves affected elephants at risk of starving to death, since elephants use their trunks to pick up food. The syndrome is caused by heavy metal poisoning.

In 1992, scientists observed a floppy trunk syndrome epidemic sweeping through elephant populations around Lake Kariba in Zimbabwe. A good part of the lake had dried up, and the lead in the lake had become concentrated. The concentrated lead paralyzed the nerves of the trunks of elephants that drank from the lake. And the paralysis continued moving up until three fourths of the trunk became disabled.

The limp trunks quickly became a burden to the elephants. They could no longer use their trunks to feed and would often hang them over their tusks to avoid stepping on them. Affected elephants would usually use their feet to uproot grass from the ground. They would also throw their disabled trunks on trees to drag branches into their mouths. They also had to swim to the middle of the lake so that they could drink by scooping water with their mouths.[8] 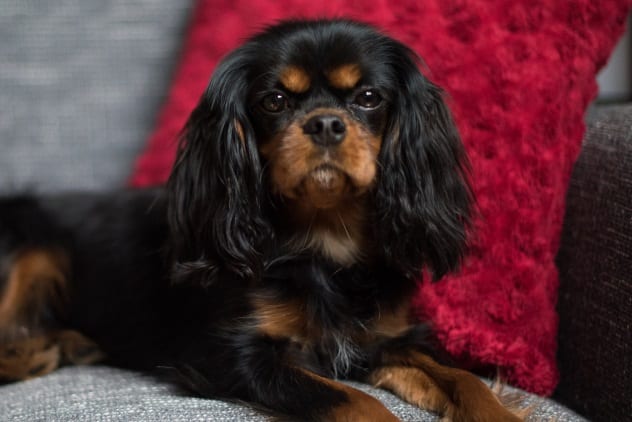 Domestication syndrome refers to certain features found in domesticated animals. These features are usually absent in their wild variants and ancestors. One is droopy ears. Other features include curly tails, lighter coats, and smaller brains, teeth, and tails.

According to researchers at South Africa’s Stellenbosch Institute of Advanced Study, domestication syndrome is the result of a mutation in the neural crest formed in the embryo. Domestication tends to select for genes which also have an effect on the neural crest’s development.

Modern evidence of the syndrome is seen in the domestication of the silver fox by Russian farmer Dmitry Belyaev. Dmitry started the domestication program in the 1950s. Twenty generations and 25 years later, he had created domesticated silver foxes. Like other domesticated animals, the foxes have droopy ears, curly tails, and smaller teeth and faces.[9] 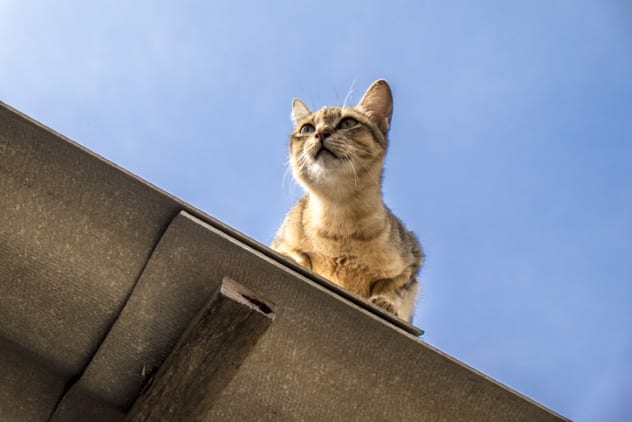 “High-rise syndrome” refers to cats falling from tall heights. Cats love climbing and will scale almost anything. However, climbing puts them at risk of falling, which happens a lot. Cats often fall when they attempt to jump from the top of one building or tree to another and when they attempt to catch birds in midair.

They also fall when they sleep on top of trees or on windows. Most of the time, a sudden sound will startle them from sleep and cause them to fall. Sometimes, they fall off while dreaming. It is not uncommon for a cat to dream of chasing and catching prey. The cat could think it has actually caught its prey and think it is on the ground when it wakes.

Read about some animal ailments that humans can catch on 10 Deadly Diseases We Picked Up From Animals and 10 Fascinating Animal-To-Human Diseases.