Life is so fast paced these days that we seldom have time to stop and breath. But so many pitfalls of life might be averted if we take the time to ask for a little help. Life for millennials is particularly hard—they are, perhaps, the most hard-done-by generation in human history if we believe the media. So, for the sake of our struggling younger audience, here are ten saints to help out with the trials and tribulations of modern life. 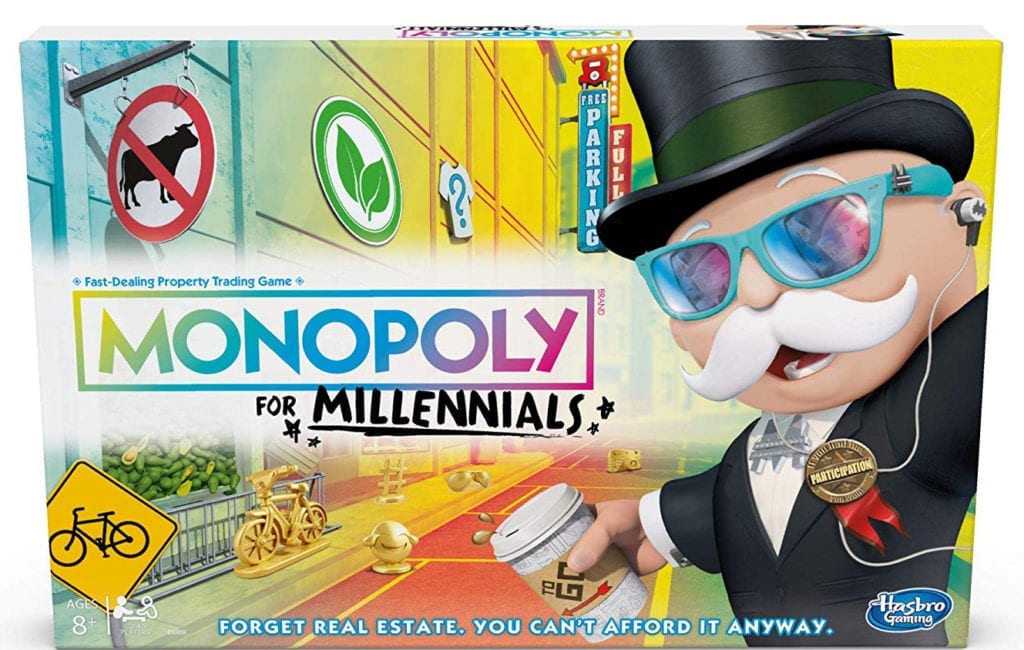 Once a millennial has left college saddled with immense student loan debt from a four year gender studies degree, they will want to call upon the help of St Nicholas (yep, the Christmas guy) who is the Patron Saint of money problems. With the help of good old St Nicholas you will no longer need to worry about where your next plate of artisanal kimchi tacos is coming from.

St Nicholas was born in Myra in Anatolia (modern-day Turkey) around 270 AD and while his official feast day is December 6, we celebrate him mostly in the form of Santa Claus. The reason he is the patron of debt and also Santa is because he gave three purses of gold to a poor man to use as a dowry for his three daughters so they wouldn’t have to become prostitutes (he is sometimes also regarded as the patron of prostitutes for that reason). While today he would probably post about his exploits on Facebook so his friends could all “like” his donation, at the time St Nicholas was very discreet and gave the gift under cover of night. 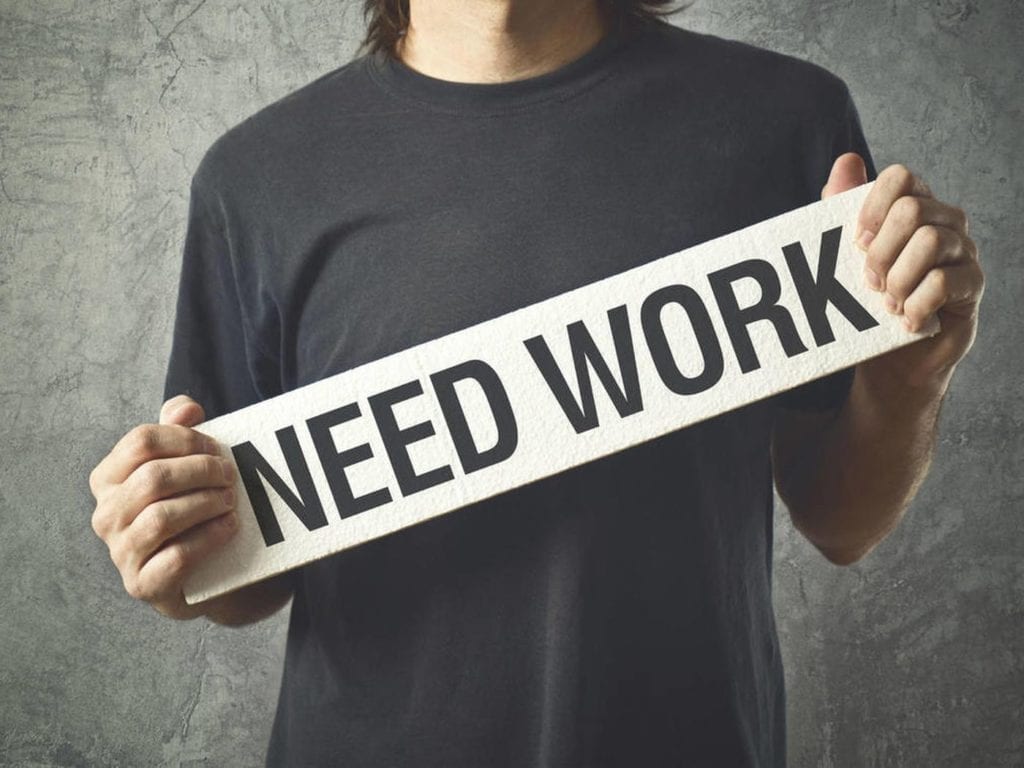 For a large number of millennials (who clearly didn’t bother asking for help from St Nicholas), life after college will mean unemployment. Unless you intend to teach others about intersectional race theory, there isn’t much use for a social justice degree. This is where St Cajetan comes in. St Cajetan is the patron saint of the unemployed. He can’t unteach you the “facts” you learnt at College, but he can at least help you to find a job. And if he fails on that score, you may want to call upon St Peter of Saint Joseph de Betancur y Gonzáles, the patron saint of the homeless.

Saint Cajetan was an Italian saint born in 1480 AD. He is known as the patron saint of the unemployed because he had a great passion for helping the poor (particularly those without work) and he founded a bank which charged no interest to compete against the usurious private banks of the time. 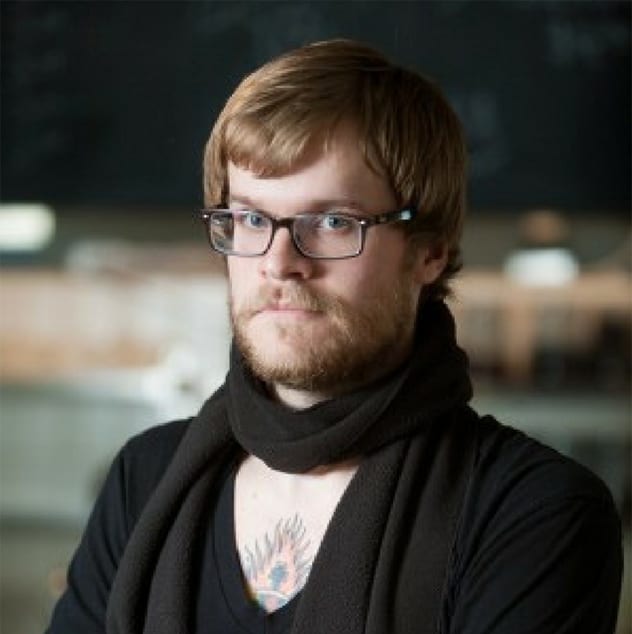 While economic improvements do seem to be in the air, the job market of the last decade is a disaster. So much so that a leading job for millennials who manage to get work after college is that of a barista. And chances are, if you aren’t working behind the coffee machine, you are sitting in front of it discussing your latest Antifa meetup or figuring out where to buy a Che Guevara tee in a color that matches your new hair dye. But instead of working on your world-saving plans, why not spend a few moments in prayer thanking St Drogo for the bounty in front of you, for St Drogo is the patron saint of Coffee—the number one fuel of millennials.

St Drogo of Sebourg was born in 1105 AD in Flanders. At 18 he gave away all of his belongings and became a pilgrim and shepherd. He became deformedattractively-challenged during a pilgrimage and was so ugly that a small cell was built in the local Church to keep him hidden from the populace. He lived there for forty years consuming only barley, warm water, and Holy Communion. Why is he the patron saint of Baristas and coffee? No one knows . . . he just is. Though perhaps it was on account of the extraordinary beard he must have grown.

It is widely-known that millennials are the selfie generation. The internet is awash with pics of young people in duck face, fish gape, finger mouthing, and the latest: hand-over-the-face poses (pictured). In this day and age it is not so easy to get noticed so your selfies need to pop. A little help from Saint Veronica, patron saint of photographers, may be just what you need.

Saint Veronica is the woman famed for wiping Christ’s face with a cloth as He passed her on the way to His crucifixion. His likeness was left imprinted on the veil (which you can see on Passion Sunday—5th Sunday of Lent—in St Peter’s Basilica in the Vatican). The connection between this and St Veronica’s patronage of photography is self-evident. So, what do you do now that you have the *perfect* selfie? Head over to instagram . . . 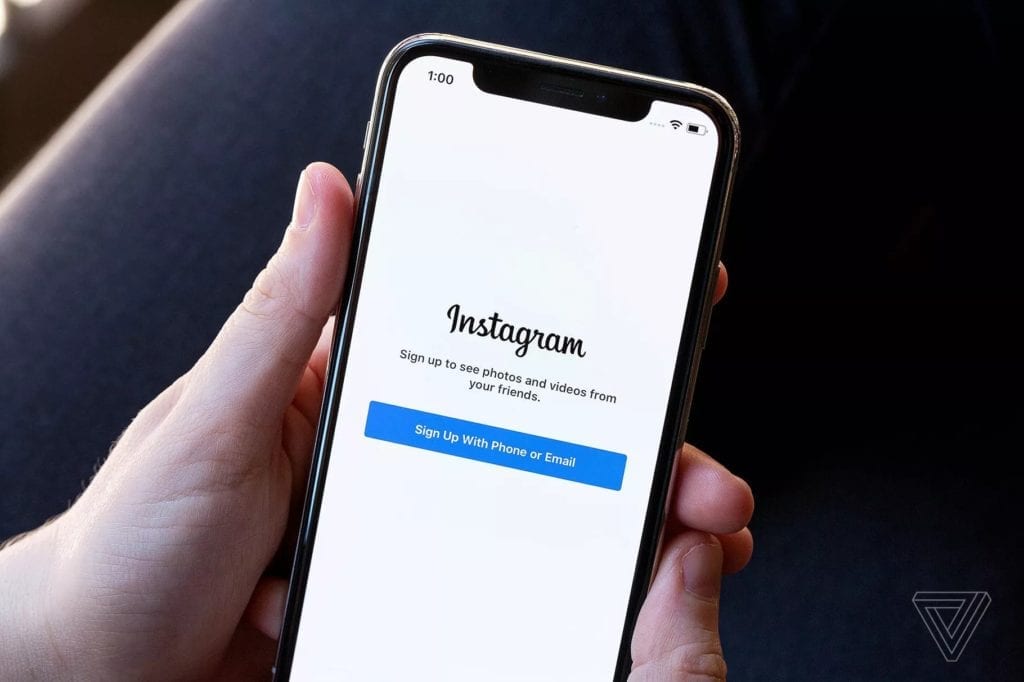 Instagram and snapchat are two favorites of the younger generation (Facebook is for old folk now don’t you know?) The rise of these two social media networks has led to a strange creature: the thot. Thot stands for “that hoe over there” and refers to people on instagram who typically describe themselves as “models”, posting softly-provocative photos in order to advertise their “private” feed (featuring far more revealing photos at a price). Believe it or not, the Church even has a saint for these instagram “models” or “influencers”. St Brigid to the rescue! The Patron Saint of Ireland is also the Patron Saint of fallen women!

St Brigid (also known as St Bridget of Ireland or St Brigid of Kildare) was born at the time of St Patrick and was, in fact, his friend. She founded the first community of women religious in Ireland. She is the patron saint of fallen women because a palace in a town named after her was converted to a correction facility for women of ill repute. (I know, I know . . . slut shaming is so last century!)

There may not be a patron saint of plaid shirts, but there is one for beards: St Wilgefortis. She is the patron saint of hipster beards! Well . . . facial hair in general, not just the ironic kind. Also, for the obvious reason that St Wilgefortis was a woman with a beard, she has more recently been seen as a kind of patron saint for transgendered people and a number of the newly discovered non-conventional gender types popping up these days. We are not sure what zir pronouns were but no doubt there is a PhD student/future barista out there working on just that question right now!

St Wilgefortis (a noblewoman) was betrothed against her will to a Muslim king. Rather than marry an unbeliever she prayed that God would make her repulsive. He granted her prayer by giving her a beard. Not even a niqab would suffice to conceal her facial hair from the Islamic king so he called the wedding off. St Wilgefortis’ father had her crucified in punishment. 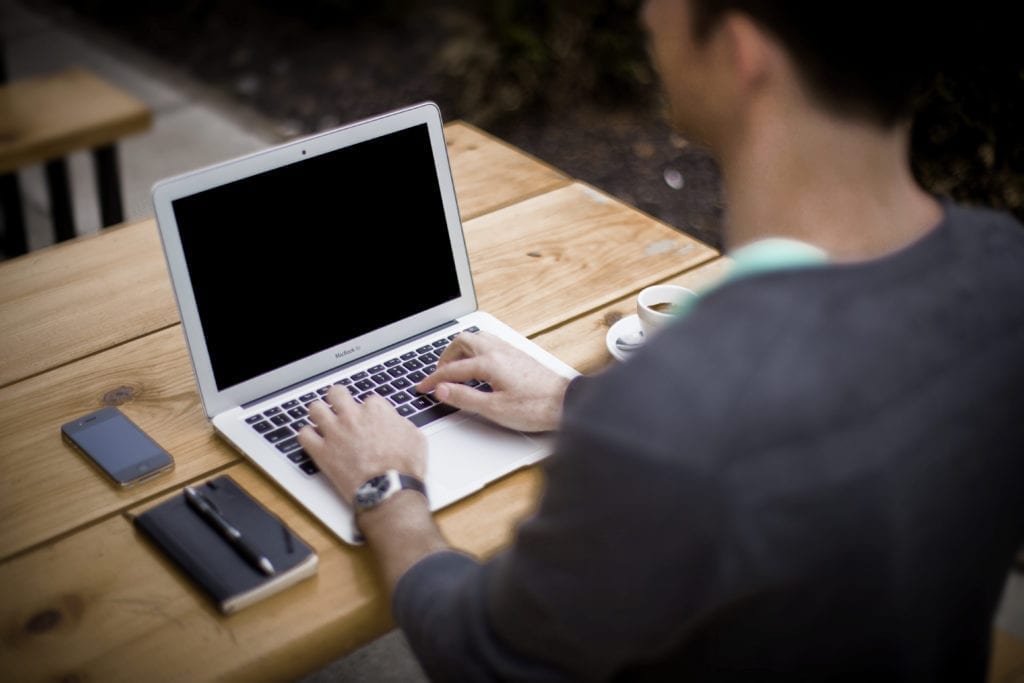 The internet might be considered the womb from which most millennials have sprung. They are the first generation raised in a completely connected world. So, effectively, millennials have been raised by Twitter, Facebook, and Google. No wonder they are the most woke generation! For many years St Gabriel the Archangel was the cool kid in school for being the ultimate tech saint (Patron of the telephone), but now the baton has been passed to St Isidore, Saint of the Internet.

Saint Isidore, born in 560 AD, was the Archbishop of Seville and is considered the last great scholar of the ancient world. This is somewhat ironic given that he is now the patron of the largest collection of useless information ever assembled by man.

3 The Environment
St Francis of Assisi 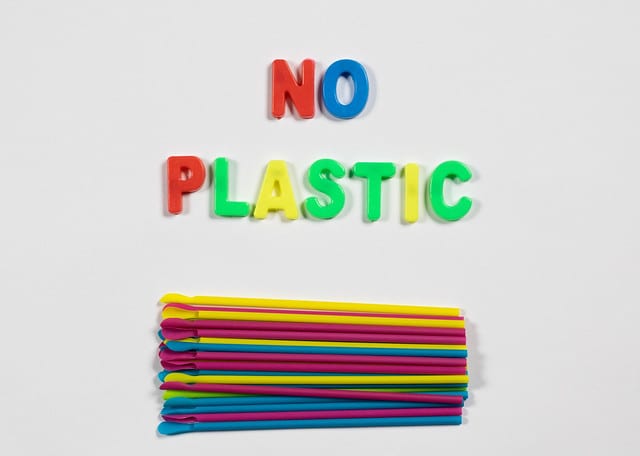 In twelve years we will all be dead because we destroyed the planet (and that’s for reals because this is the second time we’ve been told so!)[1] But only if the millennials don’t save us all from ourselves with environmental and ecological-awareness hashtags on Twitter. It can be an arduous task spending hours online educating those less-wise on the dangers of plastic straws, cow flatulence, and human reproduction.[1] But, as you would expect, there is a saint who can help. St Francis of Assisi is the official Patron Saint of Ecologists as declared in 1979 by Pope John Paul II. So next time you see an insta post of a starving polar bear or a turtle with a straw in its nostril, say a prayer to #stfrancis.

Most of us know the story of St Francis and his love of animals. He is probably the most widely known of all saints outside the Catholic Church. But what many don’t know was that St Francis took part in the 5th Crusade, traveling to Egypt to try to convert the Muslim Sultan to Christianity (or be martyred in the process). He met the sultan but failed to convert him, however the sultan, so impressed by the saint’s faith, let him preach publicly for a period of a few days. 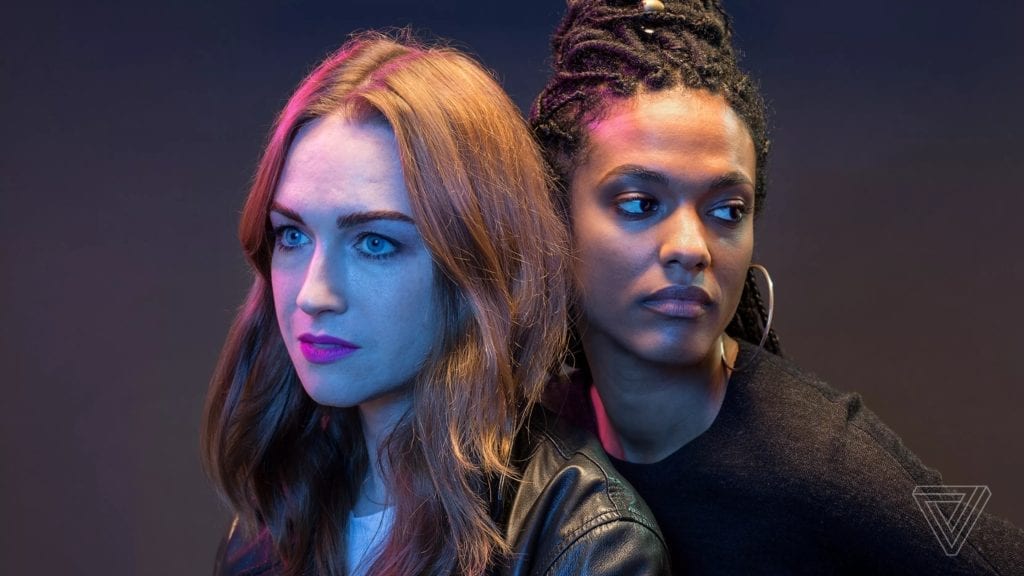 What does a millennial do to relax these days? He watches streaming TV or movies! Thanks to the likes of Netflix, Amazon Prime, and now AppleTV+ there is an endless list of programming created especially for the younger generation. No longer must the youth be compelled to watch shows full of cis-het-gender-normative characters because Netflix has a policy of diversity and LGBTTQQIAAP[2] characters in every show it produces! Perhaps we can thank St Clare, the Patron of television for this progressive approach to entertainment.

St Clare of Assisi (close friends with St Francis) became the patron saint of television in 1958 by Venerable Pope Pius XII because when she was too ill to attend Mass, she was able to see and hear it on her bedroom wall. I’m not sure what she would have thought of shows like Sense8 but we’ll just presume she would have given them the thumbs up (seeing as Netflix banned real ratings—thanks Amy Schumer!)[3] 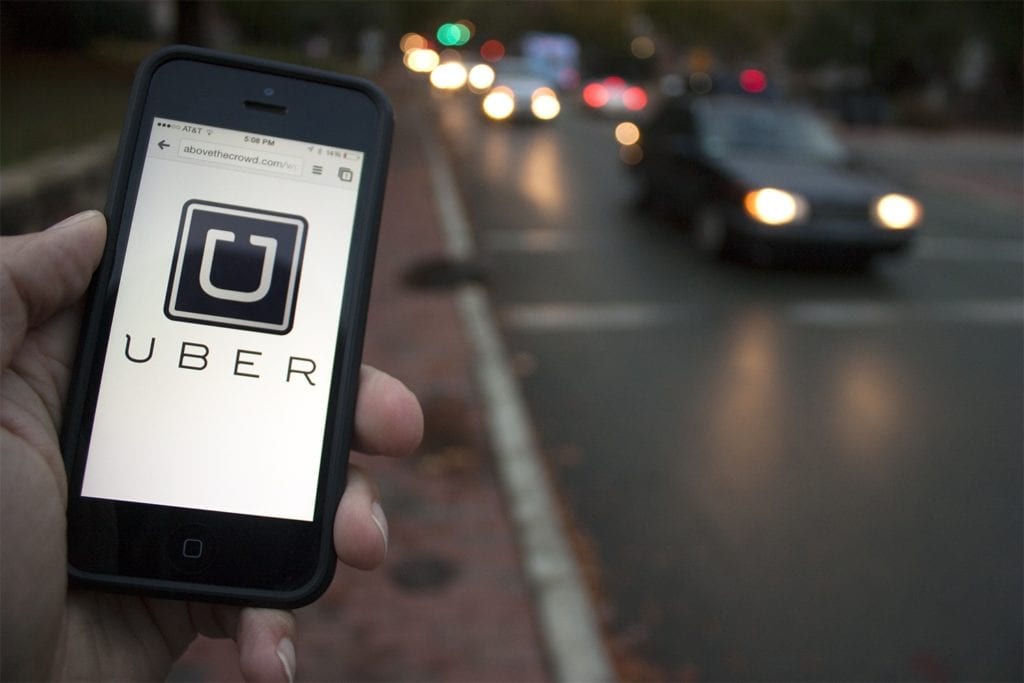 After an exhausting weekend binge-watching Stranger Things, millennials need to take a break. That often means a trip to the local farmer’s market for some artisanal treats or to the local Starbucks for a shot of coffee. The best way to get there, of course, is by bicycle as it will save the earth from impending destruction. But if the weather is particularly cold (which does NOT prove global warming is false!) you may need to get an Uber or Lyft. Uber may not be the most environmentally friendly mode of transportation but you can make up for it with a few extra eco-tweets later. However, you might also think about having a quiet word with Saint Fiacre, the patron saint of taxi drivers. If you ask nicely enough he may furnish you with an electric Uber! Phew! Climate catastrophe averted!

St Fiacre was born around 600 AD in Ireland. He became a monk and was known for his saintliness and skill in medicine. His patronage of taxi drivers is not officially recognized in the Church but has been known since the 17th century when the Hotel de Saint Fiacre in Paris hired out carriages known as fiacres. This fascinating saint is also the patron saint of gardeners (go green!) sufferers of venereal disease (see item 6) and hemorrhoids (known as St Fiacre’s figs in the Middle Ages).


Looking for more lists on saints? Check out our 10 Crazy Things Patron Saints Can Protect You From or 10 Incredibly Gross Stories About Beloved Saints.
Share
Tweet
WhatsApp
Pin
Share
Email