Halloween murders are usually just stories told in movies, TV shows, or books. But crimes committed on this holiday are more serious than the urban legends that you have heard.

The sick perpetrators tear families and communities apart with their horrible deeds. Many of the murders that occur on this already spooky night are directly related to the festivities that surround the holiday. Here are 10 of the most horrific murders committed on Halloween. 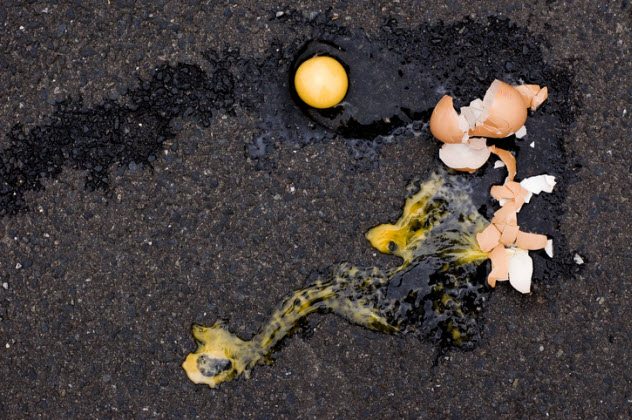 Egging someone’s home or car is a Halloween tradition for many, but it became deadly for one man. Twenty-one-year-old Karl Jackson was driving his girlfriend and her son home from a Halloween party in the Bronx when a group of young men started throwing eggs at Jackson’s car. He exited the vehicle and started to confront the men, but they shot him in the head. He was pronounced dead shortly afterward.

Curtis Sterling, who was only 17 years old at the time of the shooting, was prosecuted for the murder.[1] He is serving a 20-year sentence at a state prison in Ulster County. Every October, Jackson’s mom sends Sterling a Halloween card that reads, “I’m glad you’re still there.” 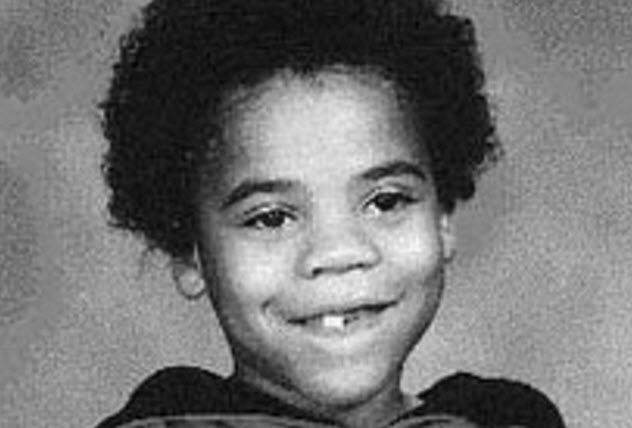 On Halloween night 1994, seven-year-old Tony Bagley was trick-or-treating with his family. Dressed in a skeleton costume, Tony was walking ahead of his sister, aunt, and mother when he approached the street corner near the next house. At the same time, a man wearing a hooded sweat suit ran into the street and started shooting the Bagley family.

The hooded man then jumped into a car waiting for him, and they took off. Tony’s sister, aunt, and mother were all sprayed with gunfire and lived, but Tony did not. The second-grader was shot in the head and later died at the hospital.

There were no leads on the man who committed this murder, but police chased a theory that it was a family member who was not present that night. Police could never prove that a family member was behind the shooting, and the case is still unsolved.[2] 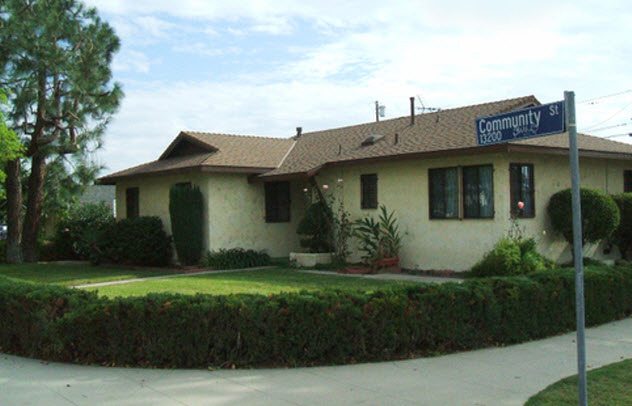 In 1957, hairdresser Peter Fabiano was murdered after answering the door to what he thought was a trick-or-treater. Fabiano’s wife had briefly left the marriage to shack up with a woman named Joan Rabel. But Betty Fabiano soon abandoned her female lover and returned to her husband, filling Rabel with jealousy. Rabel conspired with another woman, Goldyne Pizer, to murder Peter on Halloween.

Rabel wore a costume consisting of a mask, gloves, and face paint. She also had a gun in a brown paper sack to make it look like a bag of candy. The two women sat outside the house until the lights were turned off. Rabel then walked up to the house and rang the doorbell. Peter answered the door as Rabel shot him in the face with a .38-caliber handgun.

The police questioned Betty, and she revealed that she had briefly left her husband to be with Rabel. The police then questioned Rabel and followed the evidence. The gun was later obtained, and she was arrested for the murder.[3] 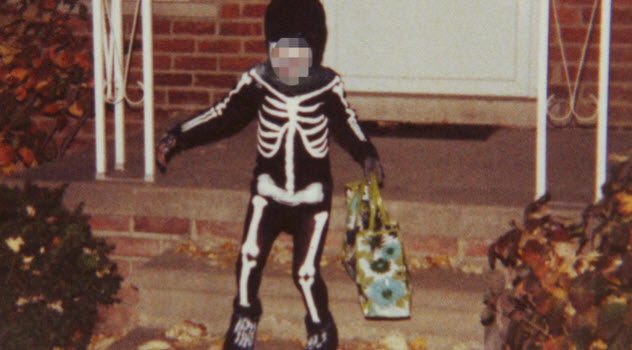 On Halloween night 1974, Timothy O’Bryan went trick-or-treating with his dad and friends in Deer Park, Texas. They approached a house with the lights turned off but decided to knock anyway. Nobody came to the door, and everyone in the group except Timothy’s dad moved on to the next house.

He quickly caught up with the group. He was holding a handful of Pixy Stix, claiming that they had come from the previous home. He passed some around to the children, including two of his own kids.

Timothy wanted a little snack that night from his stash of candy, and his dad, Ronald Clark O’Bryan, told Timothy that he could have the Pixy Stix. The boy ate a few and died just an hour later. The police determined that the Pixy Stix were partially filled with cyanide. Luckily, the other kids had not eaten theirs yet.

Ronald told authorities that the poisoned candy had come from the dark house that night, but the man living there had an alibi that checked out. He was not home that night. Police started to look toward Ronald for the murder, especially after realizing that he had just taken out life insurance policies on his children.[4]

He owed debts of over $100,000 and was hoping to use the insurance money to take care of them. Ronald maintained his innocence, but a jury took less than an hour to convict him of the murder. He was executed 10 years after his son’s death. 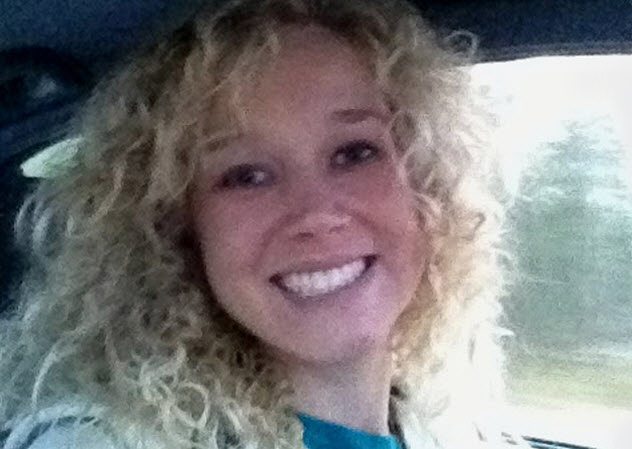 On Halloween night 2012, John D. White entered Rebekah Gay’s mobile home and murdered her. White struck her in the head with a mallet several times before tightening a large zip-tie around her neck. He had planned on having sex with the corpse after watching several necrophilia pornography videos online. But he was unable to do so because he was too drunk.

Gay’s three-year-old son was home at the time of the murder, and White stayed with the boy afterward. He dressed the kid in his Halloween costume and delivered him to his father. White confessed to police about the murder, and he was arrested.[5]

Later, White accepted a plea deal for second-degree murder and was sentenced to 56 years and three months in prison. He committed suicide in prison just months after being convicted. The prison staff tried to revive him after he was found hanging in his cell, but they were unable to do so. 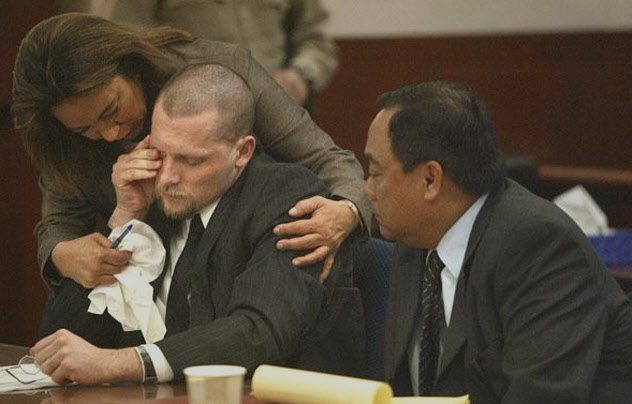 Leslie Mazzara, Adriane Insogna, and their friend Lauren Meanza were passing out candy at their house in Napa, California, on Halloween night 2004. The doorbell eventually stopped ringing, and the three women went to bed around 11:00 PM.

Later that night, an unidentified man entered the home and went upstairs. From her downstairs bedroom, Lauren heard screaming and knew something was wrong. But she waited until the house went silent before running out the back door and leaving in her car to escape the murderer.

After a year of searching for the murderer, police finally arrested Eric Copple, who was the husband of one of Adriane’s best friends. Copple turned himself in to authorities after they released information on the unusual cigarette brand used by the killer. The motive for the homicides may never be known to the public, but he did admit to murdering the two women.

Copple pleaded guilty in court to two counts of first-degree murder and will spend the rest of his life in prison. His plea allowed him to escape the death penalty. He waived his rights to seek an appeal and agreed never to profit financially from the women’s deaths.[6] 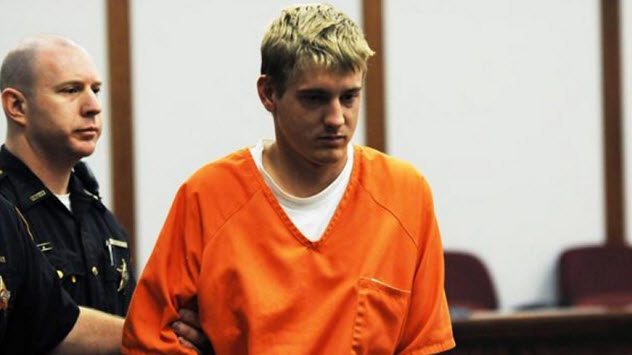 On Halloween night 2010, 16-year-old Devon Griffin returned to his family’s home after attending church, but it was unusually quiet. Then he stumbled upon the bodies of his brother, Derek Griffin, his mother, Susan Liske, and his stepfather, William Liske. Devon said the scene looked like something from a haunted house, but he quickly realized that it was not. The teen called an aunt, who then dialed 911.

In 2004, he was charged with assault and robbery and accused of hitting his stepmother with a coffee cup and stealing her keys. But the charges were dropped after he pleaded insanity.

Liske Jr. pleaded guilty to the murders of his family members and received three life sentences with no chance of parole. In 2015, he was found dead in his prison cell from a self-inflicted wound.[7] 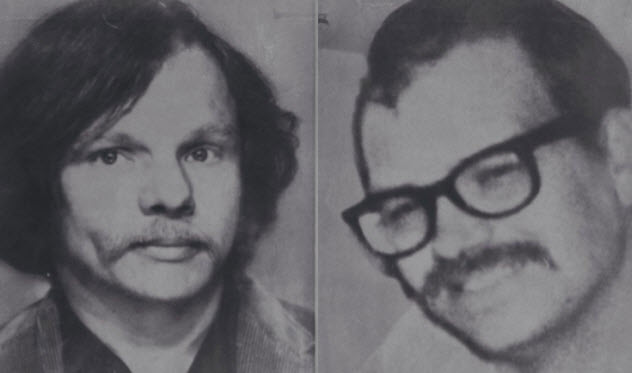 Lawrence Bittaker and Roy Norris were the torture team known as the “Toolbox Killers.” They received the name because they used basic household tools to inflict unimaginable torments on their victims, who were young teenage girls in the Los Angeles area.

The men would give rides to hitchhiking girls and take them to remote locations to rape, torment, and murder them. Then Bittaker and Norris would dump the bodies in the mountains. The men kept photographs and audiotapes of the girls while they were being raped and murdered.

The men’s fifth and final victim died on Halloween night 1979. Sixteen-year-old Shirley Ledford was hitchhiking home from a party when Bittaker and Norris pulled up and offered her a ride. Ledford was beaten with a sledgehammer, raped, and tortured with a pair of pliers while being recorded. Afterward, they tossed her body on the lawn of a house in the suburbs, where a jogger found it the next morning.

Norris bragged about the murder to an ex-convict friend, who gave the information to authorities. The men were arrested, and the photographic and audio evidence was recovered. Norris confessed to the abductions and rapes, but he blamed Bittaker for the murders.

Then Norris cut a plea deal: He testified against his partner in crime in exchange for life in prison. Bittaker was sentenced to death, but he is still alive today.[8] 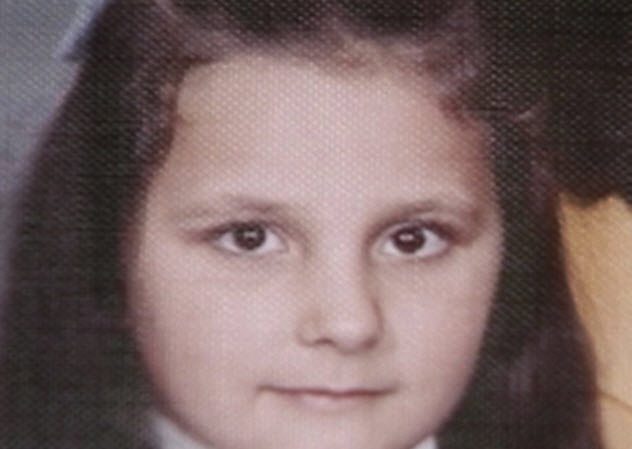 Nine-year-old Lisa French from Wisconsin was trick-or-treating in 1973 when she was murdered. French rang the doorbell of neighbor Gerald Turner, and he took her into his house and shut the door behind them. Turner forced her into his bedroom and violently raped the young girl. Afterward, he strangled her to death.

He packed her nude body into plastic garbage bags and left them alongside a country road next to a farm. The farmer who owned the land discovered her body four days later. Turner’s hair was found inside the plastic bag with the girl’s body, and he eventually confessed to the murder. The judge gave Turner a 38.5-year sentence with the possibility of parole.

He was paroled in 1992, which prompted Wisconsin state lawmakers to pass the Sexual Predator Law. This allows the state to keep some people convicted of sex crimes in custody if they are deemed potentially violent.

In 1998, Turner violated his parole when hard-core pornographic images were found on his computer. He was found guilty and sentenced to an additional 15 years in prison.[9] 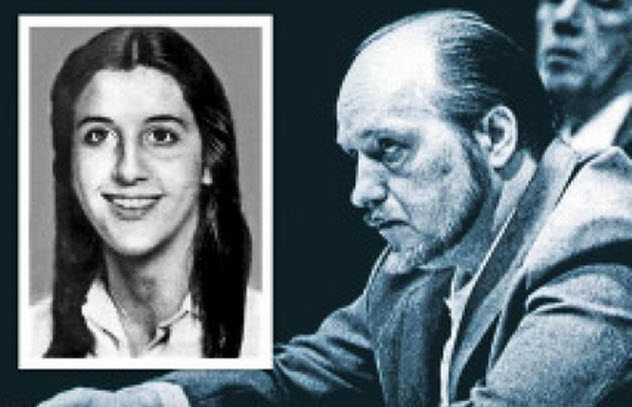 On Halloween night 1981, 17-year-old Maria Ciallella told her father that she was going out and would return around midnight. A patrolman spotted her walking on the side of the road that night and was going to give her a ride on his way back. He returned within 10 minutes, but she was nowhere to be seen. It was a year and a half before anyone found Maria.

In 1983, a body was spotted near some brush at a Burger King. After working a tip, police arrived at the home of Richard Biegenwald, his wife, and Dherran Fitzgerald. Both men had a long history of violence and crime, but the police nabbed Fitzgerald first.

He quickly pointed police to two more bodies before leading them to the home of Biegenwald’s mother. There, in the backyard, authorities dug up Maria’s body, which was cut into three pieces, and the body of Deborah Osborne, who was also 17 at the time of her murder.

Fitzgerald became the key witness for the prosecution when Biegenwald’s trial began for one of the five victims he had allegedly murdered. The prosecution claimed that Biegenwald killed just because he wanted to see someone die. They labeled him the Jersey Shore “Thrill Killer.”

Biegenwald was found guilty of two murders and confessed to killing the women found in his mother’s yard. Fitzgerald got off with five years because he had cooperated with police. After many appeals, Biegenwald stayed tucked away in a New Jersey state prison where he eventually died of natural causes in 2008.[10]

Read about more creepy happenings on Halloween on 10 Sinister Halloween Horror Stories That Really Happened and 10 Creepy Unsolved Mysteries That Happened On Halloween.