Series are the way of the future. Netflix has capitalized on this, and more traditional TV networks such as HBO, Fox, and ABC continue to do so. Many of you reading this have likely spent an evening or ten binge-watching your favorite shows, replete with all their in-depth story arcs and character development that few movies can hope to match. 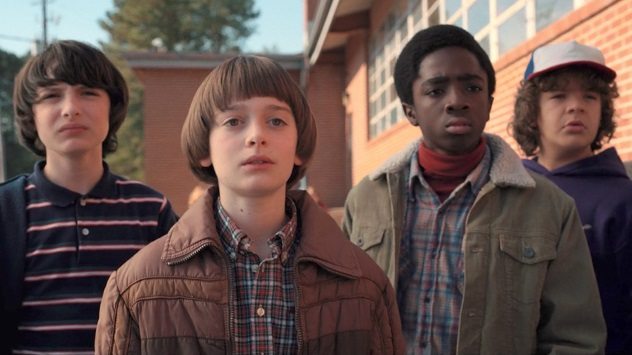 As with the first season, there are multiple fan theories about the fantastic second season of the Netflix hit Stranger Things. These include Eleven/Jane’s mother being connected to the Upside Down, Steve becoming a police officer in Season 3, and the Upside Down being in the past.

A theory that tops all of the above, however, is one that says Stranger Things and IT take place in the same universe. There have been references to other Stephen King books, such as The Mist and Firestarter, and then a reference to IT in Season 2. Bob tells Will about a clown that terrorized him as a child and how he eventually got the clown to stop coming to him in his dreams. Therefore, fans are now wondering if an It cameo is possible in future seasons.[1] 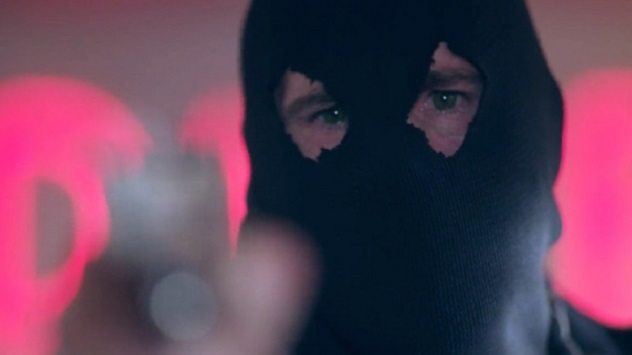 Riverdale is one of the best new series to have started in 2017. Based on the Archie characters, it follows the lives of teenagers Betty, Veronica, Archie, and Jughead as they navigate school and relationship issues and battle dark secrets within themselves and the town of Riverdale.[2]

At the end of the first season, Archie’s father, Fred Andrews, is shot at Pop’s diner by a figure in a black hood. He then went on to kill Geraldine Grundy in Season 2 as well as attack other people. It was eventually revealed during the show’s mid-season finale that the killer is the school janitor, Joseph Svenson. A fan theory now has it that this big reveal was simply a fake out. It is believed that the janitor is taking the rap for the real culprit for reasons still unknown or that he is the Black Hood, but he didn’t work alone. 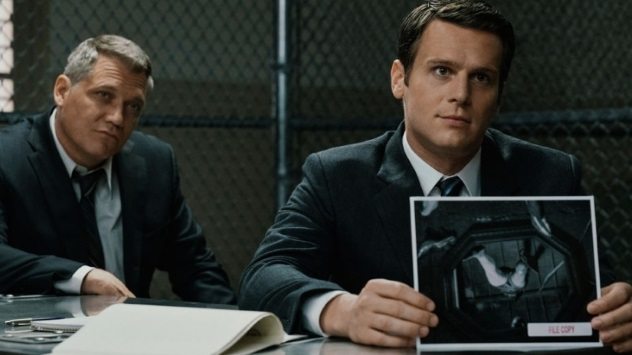 Mindhunter, another mind-blowingly good Netflix series based on a true crime book, had audiences glued to their screens in 2017. The series is centered around FBI agents Holden Ford and Bill Tench, who interview incarcerated serial killers, hoping to learn more about how they operate.

Holden Ford has captured the imagination of fans in a variety of ways, even to the extent of many believing that the show will lead to the FBI agent becoming a serial killer himself.[3] A fan theory on Reddit says that Ford exhibits all the signs of the serial killers he has interviewed. These include being overly sensitive about sexual issues, having had only one real relationship with a woman (that wasn’t working out), mommy issues, and exhibiting sociopathic behavior. At the end of the series, Ford will also be interviewed, if this theory pans out, that is. 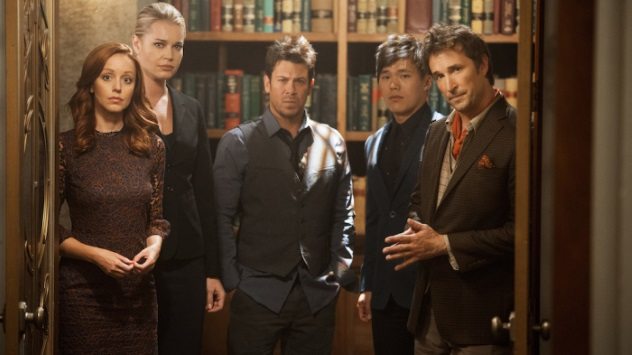 The Librarians is currently in its fourth season, and while it’s not everyone’s cup of tea, it has a cult following of fans who love adventure and fantasy shows. The show is centered around four people who fight off supernatural enemies, solve mysteries, and recover ancient artifacts.[4] In the series, the Library is a magical building filled with not only mystical books but also artifacts from lore.

Surprisingly enough, there aren’t many fan theories about this show, but in 2015, there was one on Reddit which surmised that King Arthur may have been the very first Librarian and that Avalon was, in fact, the Library. Traveling to a place “in the mists” could have referred to a realm connected to ours, just on a different plane. Also, in many legends, it is stated that when Arthur goes to Avalon, he doesn’t die there. He prepares to return at a future time. 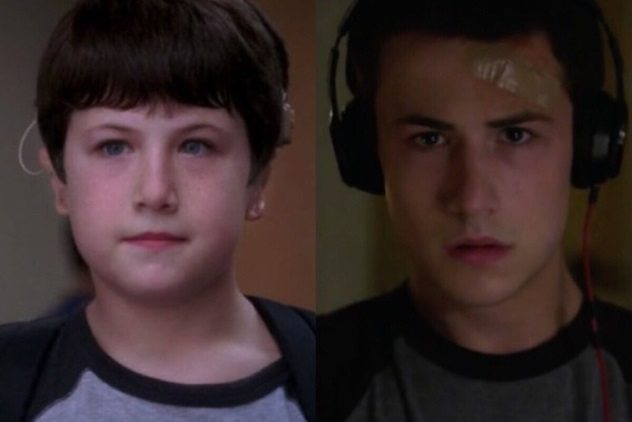 Grey’s Anatomy is the longest-running series on this list. It has delved into some ridiculous plotlines over the years, but that hasn’t stopped the fans from returning to the new seasons.[5]

It is, therefore, not surprising that the fan theories about the show are sometimes beyond crazy and over the top. Some of fans’ ideas about this much-loved medical series include that the characters are actually superheroes, that the whole show is an elaborate dream, that Lexie Grey wasn’t real, and that a tornado will kill everyone in the series finale.

One of the most popular ones is that Clay Jensen from 13 Reasons Why appeared in Grey’s to get new ears from plastic surgeon Mark Sloan so that he could listen to Hannah’s tapes when he got older. Then this would also mean that Addison is actually Hannah’s mom. Sounds right up Grey’s alley, right?

5 Once Upon A Time 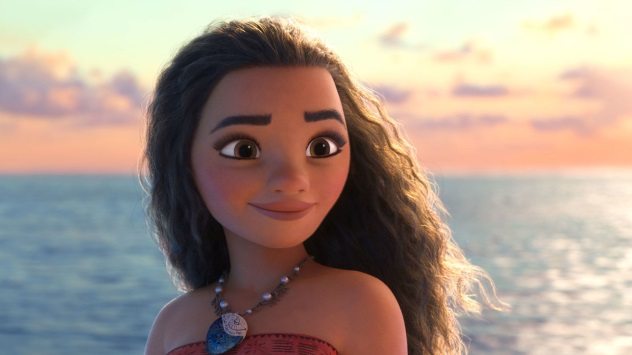 This series has had its ups and downs over the course of its seven seasons. Some fans gave up, while others remain loyal to see if it will get that X-factor back that made it so popular at the beginning. Fairy tales colliding with the real world is a great premise for a series, though, and Once Upon a Time is also no stranger when it comes to fan theories.[6]

Some of these are weirder than others, such as a romance between Ariel and Rumple, rumors that Dr. Who might feature in the series somehow, the belief that Green and Blue will have a epic fight, and the assertion that Emma is actually insane.

A very recent fan theory has it that the latest arrival in Storybrooke will be Moana. This is derived from the fact that Lucy’s mother hasn’t yet been revealed, and a Polynesian mask was hanging on a door during one of the episodes. 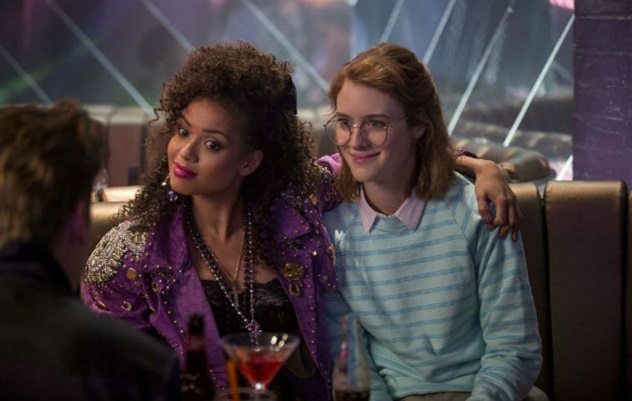 Black Mirror as an anthology sci-fi series centering on dark and satirical themes. This show went down very well with audiences worldwide and is currently in its fourth season. One of the theories that surrounds this series ties in with a very popular show that debuted in the 1990s: Friends.[7]

The theory is that Ross from Friends predicted the theme of a Black Mirror episode. In the episode, two women start a romance at a sea resort by the name of San Junipero. Later on, the resort is revealed to be a simulated reality where old or deceased people can live on in the form of their younger selves.

In a Friends episode, Ross tells Chandler about a book he’s reading in which it stated that by 2030, computers will be as functional as the human brain, and people will be able to download their memories and thoughts into a computer and live forever that way. This is said to be very similar to the aforementioned episode of Black Mirror. 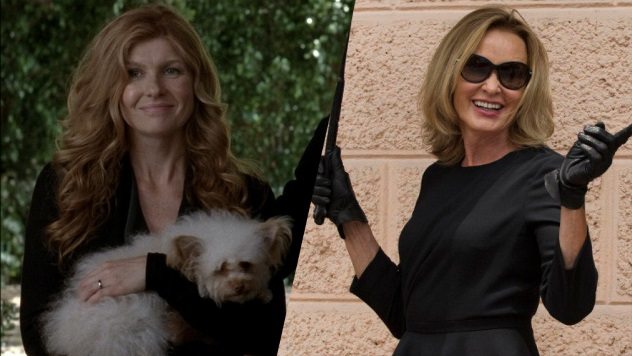 Much like The Librarians, American Horror Story isn’t for everyone, but the show also has a massive following. Featuring all sorts of ghouls and creepy stories each season, this series is perfect for horror fanatics. And, obviously, fan theories are plentiful.

Fans believe that later seasons of the show contain many references and story lines that mirror earlier seasons. Then they theorized that this trend will continue as a major crossover event in Season 8. The crossover would be between the Murder House characters and the Coven characters. The creator of the show, Ryan Murphy, has since revealed that he is planning this, so in this case, a fan theory became a reality.[8] 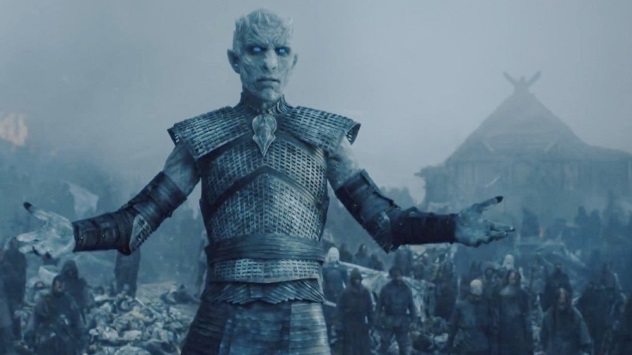 Game of Thrones is likely the most watched show on this list. It also very likely has the most fan theories on the Internet. These include theories about mysterious notes and incest, among others.[9]

One of the most epic theories is that Game of Thrones is an analogy for climate change. Much like how in the show, humans are out to get each other while the world crumbles around them, humans in real life do the same while climate change runs rampant.

Also, the story of GoT goes under the “banner” of A Song of Ice and Fire. In the show, the ice is represented by the White Walkers and the fire by the dragons. The wildfire started by Cersei Lannister is also used as evidence for this theory—one that goes into a lot more detail, hoping to convince fans of its validity. 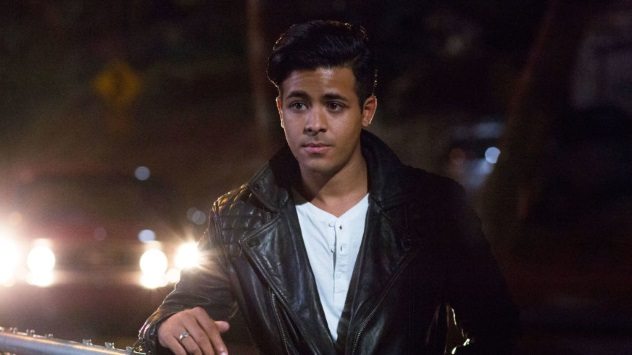 This Netflix hit stirred up a lot of controversy over its depiction of rape and suicide. That didn’t stop hordes of fans from binging the show and also coming up with far-out theories about its characters.[10]

Theories include that Alex attempted suicide but will survive, that Alex is hiding the fact that he’s gay from his father, that Alex wasn’t the one in the ambulance, an alternate ending in Season 2, and so on.

The craziest theory, however, has nothing to do with Alex or alternate endings. Instead, there is a rumor that the ever-helpful Tony Padilla is a ghost. Despite being debunked by the actor who plays Tony, the theory is still gaining traction. Fans are convinced that Tony is either a figment of Clay’s imagination or dead and talking to Clay from the other side.