The night sky appears static, but the universe is a busy monkey. Cutting-edge science follows its trail, and increasingly, the pickings are unusual and spectacular.

Sometimes, answers are given with a flourish or mysteries throw back a couple of sticky wrenches. From the smallest diamond on Earth to the biggest structure in the known universe and everything in between, space continues to amuse, stun, and even frighten us with several brand-new discoveries. 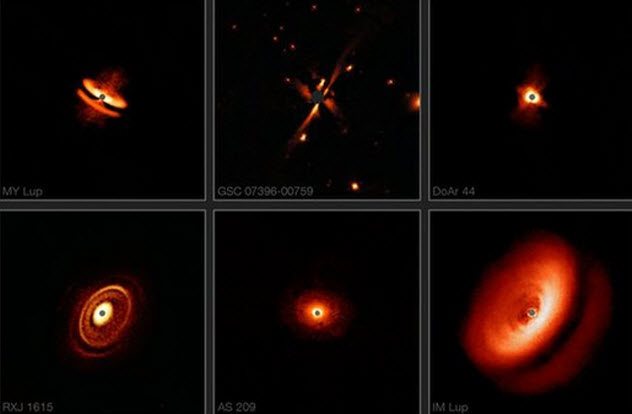 In 2018, an observatory in Chile gazed at nearby stars and dusty disks filled the telescope’s view. They were a motley crew. Some had rings that shone with varying brightness, while others were shaped like hamburgers. The size and the angle of each also differed.

But the disks all contained the ingredients of future planets—dust, gas, and planetesimals. Since the group also hung around young stars, it supports the idea that the disks are incubating worlds.

These stars are nearly one million years old, which is very young in space terms. The discovery of the sooty circles could help researchers gaze back in time and understand how our solar system birthed its own planets. In addition, with a better understanding of regions that spawn planets, it may also reveal what the solar system looked like during its youth around four billion years ago.[1] 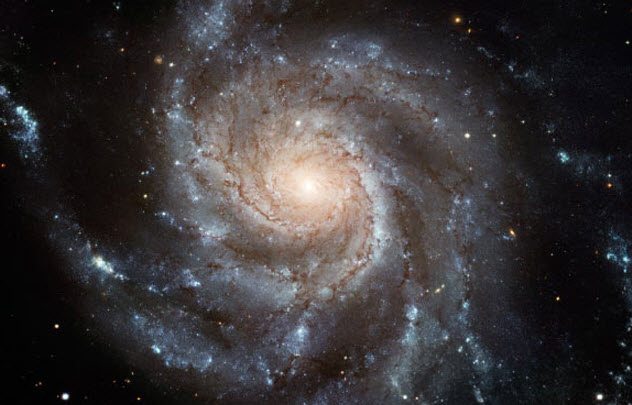 The time it takes for each planet in the solar system to turn around its own axis and the Sun was determined long ago. So, a mixed batch of scientists from the United States, China, and Australia turned their interest to galaxies. In the same vein, the quest was to discover the length of one galactic swirl.

Surprisingly, the answer was every billion years. It was not so much the mind-boggling time span but that it applied to every galaxy, no matter its size or density. For some reason, like clocks, every galaxy completes a full turn after a billion years.

Since rotation happens mainly at the outskirts of the spirals, researchers found another unexpected thing. Scientists always believed that a galaxy’s fringe consisted of sparsely placed young stars and gas. While both were confirmed, an unforeseen solid population of older stars also studded the region.[2] 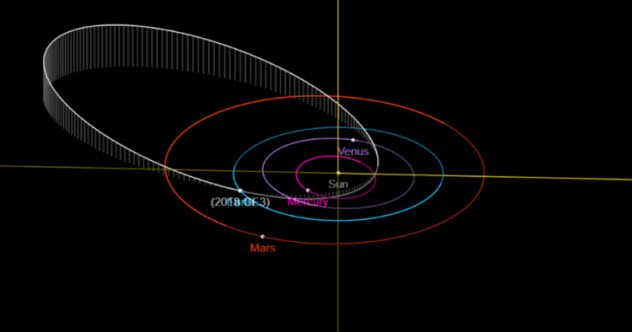 Over a century ago, an asteroid exploded over Tunguska and razed 500,000 acres of trees. In April 2018, out of nowhere, another space rock hurled past Earth. Called 2018 GE3, it was only spotted a day before its surprise flyby.

It was so hair-raising because it could have been bigger than the Siberian asteroid of 1908. 2018 GE3 measured between 48–110 meters (157–360 ft) wide. At the extreme, it was almost four times bigger than its Tunguska cousin.

Buzzing Earth on April 15, the asteroid chose an uncomfortably close lane at about 192,000 kilometers (119,400 mi) from Earth. The Moon was nearly double that distance from the Earth.[3]

Although an impact would not have caused global damage, 2018 GE3 is nothing to laugh at. It was up to six times larger than another rock that burst over Chelyabinsk, Russia, in 2013. That event caused property damage up to 93 kilometers (58 mi) away and injured over 1,000 people.

Most sobering was 2018 GE3’s stealthy approach that avoided detection until the last day. 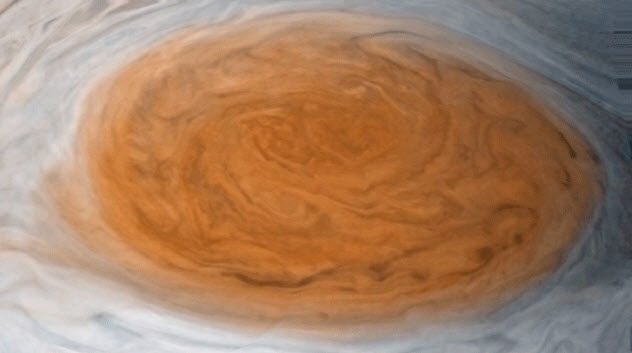 If space tourists flew past Jupiter, the planet’s most iconic feature would undoubtedly be on the program. Jupiter’s Great Red Spot, the biggest storm in the solar system, has been raging for about 188 years. However, the Earth-engulfing swirl might not see its 200th birthday.

In 2018, scientists from NASA revealed that the violent, hurricane-like tempest was losing its juice. In fact, the Great Red Spot has been shrinking for some time. When the eye was discovered in 1830, two Earths could snugly fit inside, side by side. Today, only one hypothetical Earth and a fractional second would make it.

It is not entirely clear why the storm sees a drop in strength every day. But at this rate, the monster storm could be gone in 10 years. The Great Red Spot lasted so long because it was trapped between two powerful jet streams. Flowing in opposite directions, they kept the storm stable in Jupiter’s atmosphere for almost two centuries.[4] 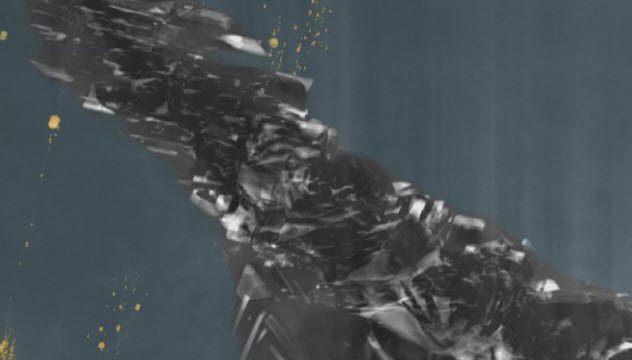 When meteorites rained over the Sudan desert in 2008, they arrived with a unique pedigree. Researchers managed to find 50 fragments from what was once an asteroid 4 meters (13 ft) across. The tiny slivers were infused with nanodiamonds.

This is the only time that traces of the precious stone showed up in something from outer space. The origins of the bejeweled asteroid remained a puzzle until a 2018 study traced its history. The rock likely came from an embryonic planet. Remarkably, it was old enough to hail from the earliest days of the solar system.

Besides revealing a lost world, the gems also suggested its size. The diamonds needed certain circumstances—most of all, extremely high pressure. For a planet’s internal squeeze to be that powerful (above 20 gigapascals), it had to be as big as Mars or Mercury. Obviously, the diamond world is long gone and probably ended with a stellar smash. Amazingly, one piece arrived in Sudan billions of years later.[5] 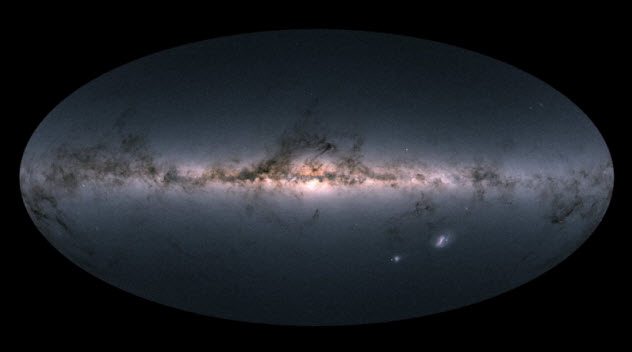 After a year-long journey through space, a probe called Gaia settled into orbit around the Sun. The 1,390-kilogram (3,000 lb) spacecraft had one mission—to map the Milky Way.

Data from Gaia was released in 2016 and 2018, and the result was a stunning color map of 1.7 billion stars. In addition, the probe also marked the exact locations of around 14,000 objects sharing its solar orbit.

The European Space Agency, the brains behind the most detailed 3-D map of the galaxy, did not hog the view, either. The interactive map can be accessed by anyone who wishes to explore the Milky Way. Gaia also calculated distance and movement for nearly every object it marked.

The amount of information is enough to keep researchers busy for the rest of their lives. Incredibly, Gaia is not done. So far, the survey has counted an estimated 2 percent of the Milky Way, which may ultimately yield around 100 billion stars.[6] 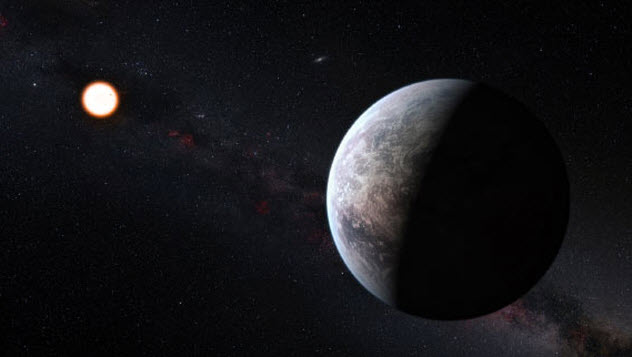 Burdened with the forgettable name of K2-229b, a freshly discovered planet is a scientific darling—if you like planet density. About 20 percent larger than Earth and more metal than rock, the far-off world shocked researchers when it turned out to be as dense as Mercury.

The exoplanet and Mercury are both the first planets from their suns. However, K2-229b is significantly closer, resulting in a toasty daytime temperature of 2,000 degrees Celsius (3,632 °F).

By keeping a close watch on its star and how it shifted against K2-229b’s orbit, researchers calculated the planet’s mass, size, and position. Its mass is about 2.6 times that of Earth, making it the densest Earth-sized world out there.

Apart from being a scientific surprise, it suggested that mysteriously dense planets are more numerous than we thought. If its birth can be deciphered, so will the riddle behind how these mega-mass worlds form. Three leading theories proposed that the metallic density was caused by solar damage to K2-229b’s atmosphere, that there was a planetary collision, or that K2-229b congealed from the same material as its star.[7] 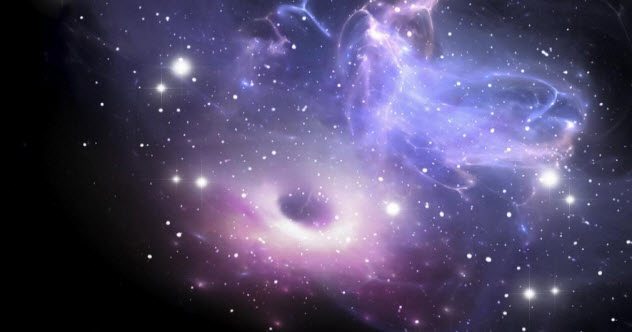 The deadly leftovers of collapsed stars, black holes suck in everything with an insatiable appetite. Famously, not even light can escape.

One black hole is scary enough. In 2018, astronomers found hundreds together after they examined old X-ray images. Hanging in the center of the Milky Way, most were busy eating nearby stars. The snacking made them more visible. However, most black holes cannot be seen this way or are not binary. (“Binary” means that they come with a star to feed on.)

Considering this cloaked nature, an estimated 10,000 of them may orbit a supermassive black hole called Sagittarius A. Throughout the rest of the Milky Way, they are scarcer. But most are drawn to the galactic center because of their mass.[8]

The newly discovered black holes each have 10 times more mass than the Sun. Sagittarius A has the mass of four million Suns. More importantly, the galactic center has all the right properties, including copious amounts of gas and dust, to spawn black holes and to hang on to them. 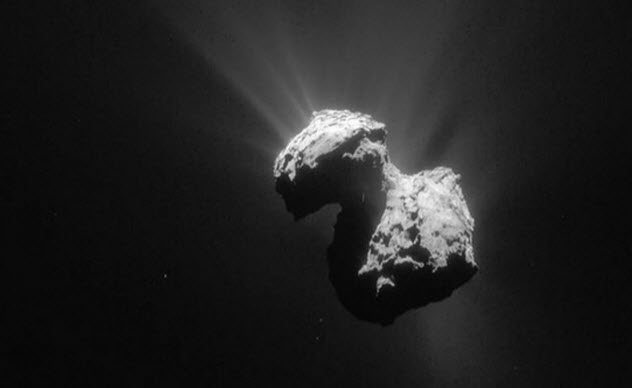 In 2018, years after the Rosetta probe parked on a comet, the probe beamed back information proving that it was hitchhiking with one unusual customer. Comet 67P/Churyumov-Gerasimenko is loosely referred to as the “rubber ducky” due to its toylike shape.

It is also incredibly old, zooming straight from the time when the solar system held more debris than worlds. The 4.1-kilometer-wide (2.5 mi) object once drifted in a ring of rubble that orbited the Sun at a distance far beyond Earth’s current position.[9]

By all accounts, the rocky duck should not exist. Collisions within the dust disk should have crushed it. Yet somehow, it hangs around the inner planets today. Its survival is a serious challenge to the belief that the disk existed for 400 million years. There was no way that 67P could have dodged countless missiles all that time.

Some researchers speculate that a residency of 10 million years gave the comet a better chance and that it was likely rescued by a planet. The existence of 67P only makes sense if Neptune barreled into the 10-million-year-old ring and scattered it. If so, then the comet is the only trace of Neptune’s interesting early history. 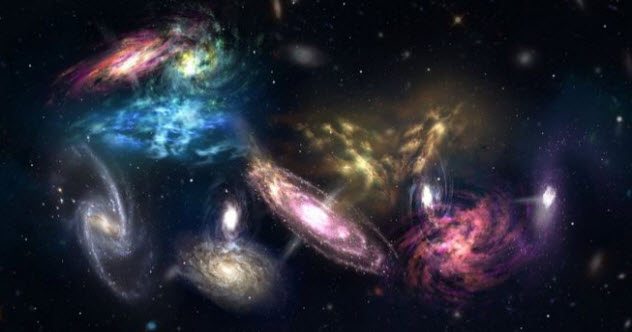 When researchers found a bright spot at the edge of the explored cosmos, they did not immediately grasp the enormity of the discovery. Then the spot was identified as 14 galaxies piling up in a collision. This was enough to make any devoted astronomer faint. In addition, these were starbursts—galaxies that churn out thousands of stars.[10]

One or two together is unusual, but 14 is unheard-of. The unique smash comes with a twist. What scientists saw in 2018 happened 12 billion years ago. The event happened so far away that the light has only now reached Earth. Calculations determined that the starbursts have merged by now and turned into the center of a galaxy cluster big enough to rival Coma.

Holding over 1,000 galaxies, the Coma Cluster is the biggest thing in the known universe. Such monster structures are extremely rare. To witness one being born is even more so.

The unique find has its mysteries. Researchers cannot explain why 14 starburst galaxies spawned so closely together, especially during a time when star formation was yet to peak.

Read more stunning space stories on Top 10 Things Going On In Space That Will Melt Your Brain and 10 New Space Discoveries With Crazy Cosmic Consequences.