Mankind’s love of records left behind countless documents. Needless to say, some are so common that the very sight of them makes people regret going to the museum.

Then there are the secret codes and oaths, unique manuscripts, and caves marked with people’s fear. Text-obsessed scholars are talking in dead tongues and admit once again that the ancient Egyptians did some amazing things.

The world of rare words and pictures is a magnetic one. Sometimes, it’s even downright funny. 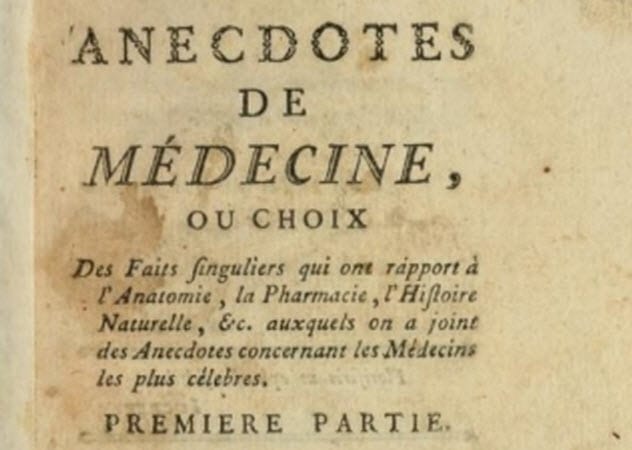 In 1740, a French doctor called Pierre-Jean du Monchaux described a curious case. An unconscious patient had recovered, only to describe a light so pure and white that the man was convinced he had stood with one shoe in Heaven. The case was included in the doctor’s book, Anecdotes de Medecine.

It might have gone unnoticed if not for Phillippe Charlier, who recently riffled through an antique shop. Ironically, he was also a French doctor. He found the book by chance and bought it for less than $1.

When he read about the case, Charlier realized he was looking at the world’s oldest report of a near-death experience. It was a time when people leaned on religion to explain such things, but the ancient physician stayed professional. He suggested a medical reason—too much blood rushing to the brain.

Monchaux’s assessment nearly matched modern explanations. Today, researchers think a lack of blood flow and oxygen to the brain cause the sensations of a near-death experience.[1] 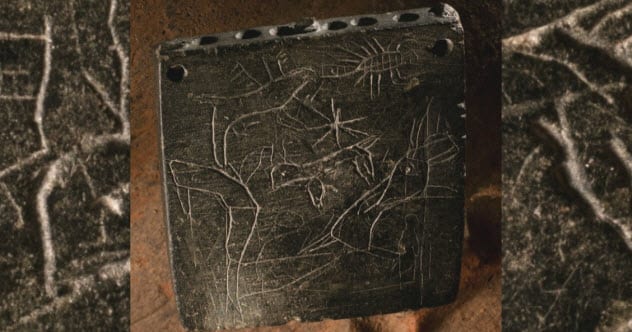 In 2017, archaeologists took their shovels to a shrine-like building. The small structure stood at Zincirli in Turkey and soon yielded a pot. The stone vessel originally held cosmetics but was reused to display an incantation.

A story was carved over the surface, describing the capture of something called a “devourer” which was said to bring “fire” to its victims. The only way a person could recover was to use the devourer’s own blood.

The incantation did not specify how the blood was to be administered or the creature’s identity. Illustrations suggested that it was either a centipede or a scorpion. The “fire” sounds like a painful sting.

The author was a magician called Rahim, who carved the advice in Aramaic 2,800 years ago. This made it the oldest Aramaic incantation ever found. Archaeologists believe that the incantation was important enough to preserve after the magician’s lifetime because the inscription was already over a century old by the time the temple was built.[2] 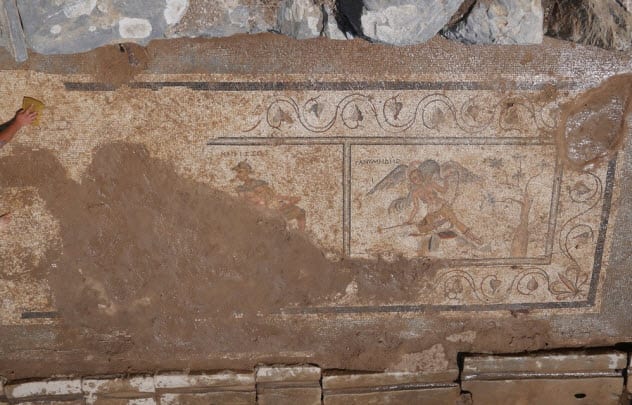 Ancient bathrooms with floor mosaics are rare. When one was found in 2018 in Turkey’s ancient city of Antiochia ad Cragum, it was a cause for celebration. However, the images were not beautifully rendered legends or geometric patterns. The tiny tiles told dirty jokes.

As Roman men visited the latrine around 1,800 years ago, they would have been amused by the antics of Narcissus and Ganymede. Both men belonged to real myths. Narcissus was in love with his own image. Ganymede was kidnapped by the god Zeus as a slave but also as a love interest.

The mosaics twisted the stories, first by giving Narcissus an ugly nose. Instead of admiring his reflection, he appeared to be fixated on his genitals. Ganymede’s scene was even more detailed. He was getting his private parts sponged clean by a heron. The type of sponge was usually reserved for cleaning toilets, and the bird represented Zeus.[3]

The unusual theme stunned archaeologists but at least proved that bathroom humor is nothing new.

The border of Nottinghamshire and Derbyshire is marked by a limestone gorge. Called Creswell Crags, the site is historically significant. Apart from past discoveries of ancient remains, Creswell holds the only Ice Age art in Britain.

After years of investigations, the caves managed to deliver a big surprise in 2019. A tour group stumbled upon the country’s largest collection of apotropaic marks. The engravings had nothing do to with the Ice Age gallery. The latter were thousands of years older, while the newfound carvings were from medieval times until the 19th century.

Historians recognized several of the symbols. Also called witches’ marks, their purpose was to protect the living from bad supernatural influences. Among the most popular was “VV,” invoking the Virgin Mary. Others—like boxes, mazes, and diagonal stripes—captured whatever mysterious evil brought diseases and made the crops fail.[4]

Dense clusters of symbols lined the ceilings and walls of the caves, a testament to the local people’s fear of the unknown. 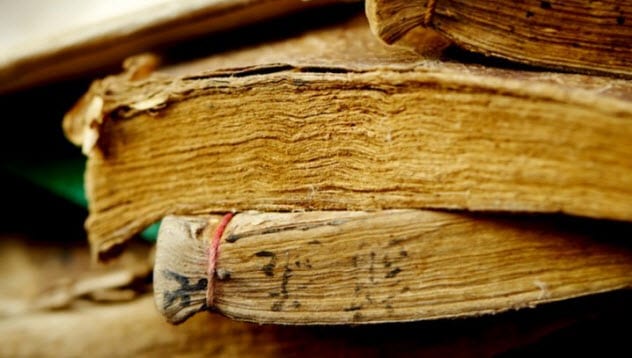 Around 1,400 years ago, a jar was buried in Egypt. Containing 13 codices, the vessel was rediscovered in 1945 near the town of Nag Hammadi. The rolls contained Gnostic records of Jesus. The Gnostic tradition, an early and sometimes mystical branch of Christianity, is considered to be heretical by mainstream Christians. Most were traditionally penned in Coptic, a language that was spoken in Egypt for centuries.[5]

In 2017, researchers in Texas found that one codex was different. Instead of Coptic scribbles, the text was Greek. This was exceptional. The work in question, the First Apocalypse of James, had never been recovered in ancient Greek before. The piece covered a conversation between Jesus and James, the latter taking instructions on how to continue teaching after Jesus’s death.

Another feature that set the scroll apart was little dots that divided the text into syllables. This rare technique is known from educational texts, which suggested the writer used the heretical gospel to teach Greek to students. 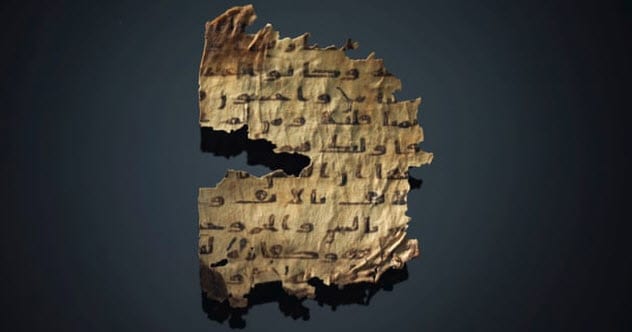 Centuries ago, writing material was expensive. Sometimes, an old manuscript would be scraped clean and inked with new information. These recycled documents are known as palimpsests.

The find was extraordinary. Quran palimpsests are rare enough, but never before had a Christian document been erased to make space for the Islamic holy book. The writing style dated the Arabic text, but the Coptic was more difficult to place.[6]

The fragility of the manuscript prevented carbon dating. Even if the document was strong enough, the technique can only date the paper and not the writing. Once again, the style was the only clue.

Unfortunately, it was a very broad one. The original Coptic was not written before the seventh century. Despite the dating issue, the palimpsest remains invaluable for its uniqueness. 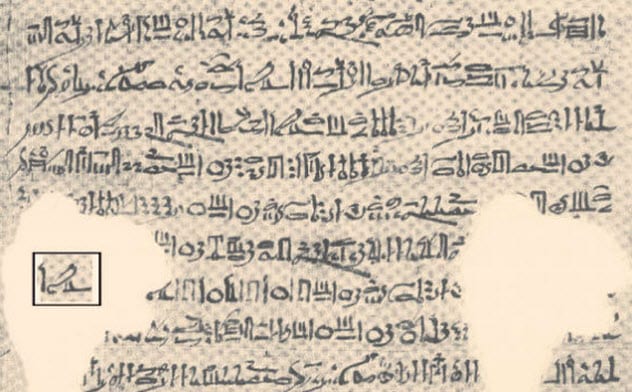 The star Algol is actually a 3-in-1 deal. Officially discovered in 1669, the three suns move around each other, causing the “star” to dim and brighten. A papyrus studied in 2015 suggested that the ancient Egyptians discovered it first.

Called the Cairo Calendar, the document guided each day of the year, giving auspicious dates for ceremonies, forecasts, warnings, and even the activities of the gods. Previously, researchers felt the ancient calendar had a link to the heavens, but they never had any proof.

The study found that the calendar’s positive days matched Algol’s brightest days as well as those of the Moon. The appearances of one deity, Horus, also matched the star system’s 2,867-day cycle.

This strongly suggests that the ancient Egyptians were the first to follow Algol around 3,200 years ago. More remarkably, they did so without a telescope even though the system was almost 92.25 light-years away.[7] 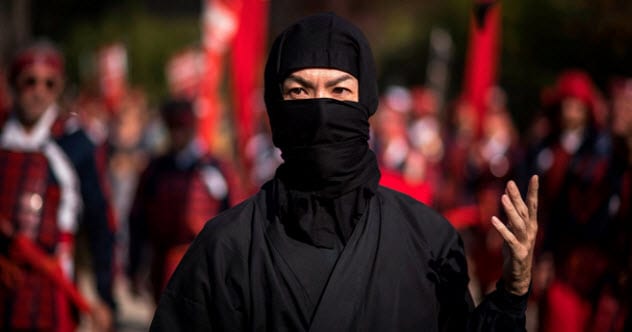 In Japan, rumors of a written ninja oath persisted for almost 50 years. If true, this was a historic gem. Unlike movie ninjas, the real guys used stealth to gather intelligence and rarely used weapons. Most of their traditions and training were passed down verbally from master to student. A written document, especially an oath, would be a first.

In 2018, the piece finally surfaced. It was donated to a museum by the Kizu family, once a ninja clan from the town of Iga. The donated cache consisted of 130 ancient documents, but the oath was the most remarkable. Written by a man called Inosuke Kizu, he thanked his masters for the ninjutsu training and vowed to never reveal the secret knowledge. Not even to his immediate family.

The 300-year-old paper also captured the penalty of sharing ninja techniques with outsiders. The author accepted that his betrayal would cause his descendants to be tortured by the gods for generations. The letter was probably handed to his masters and returned to the Kizu family after his death.[8] 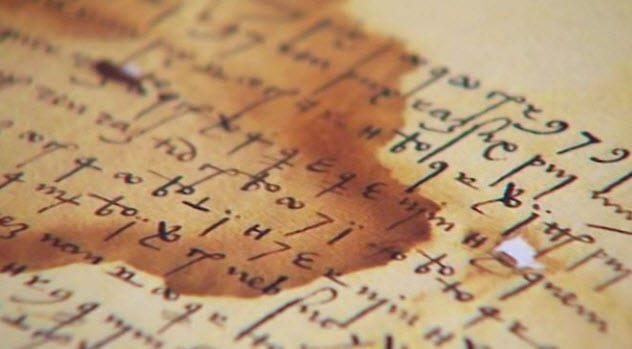 To safeguard military information from his enemies, King Ferdinand of Spain wrote in secret code. It was a little too effective. His correspondence with a commander named Gonzalo de Cordoba went undeciphered for 500 years.

Ferdinand sponsored Christopher Columbus’s trips to the Americas and fought several enemies. He recaptured Spain from the Moors in 1492 and battled France for the Mediterranean.

The letters promised interesting insights into the war king’s mind. Spain’s intelligence agency picked up the challenge. Ferdinand’s alphabet had 88 symbols, 237 letters, and six accompanying characters (such as numbers and triangles) that made each letter’s meaning more complex. In addition, the “language” ran continuously without breaks to indicate words.[9]

In 2018, after six months, the agency cracked enough of the code to read four pieces of correspondence. They revealed details ranging from instructions on troop deployment in Italy to berating the commander for making decisions without Ferdinand’s approval. The breakthrough is a good step toward cracking the rest of the royal mail. 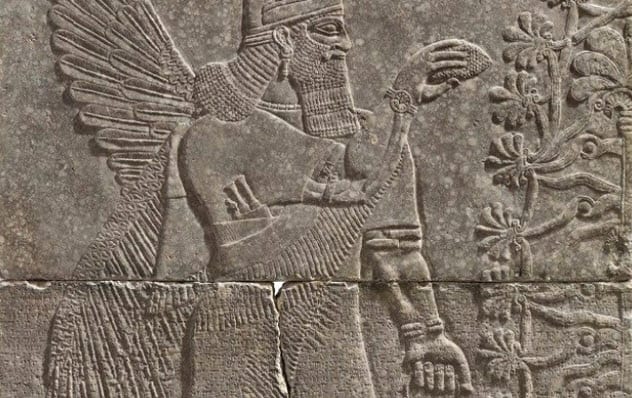 A Cambridge academic loved ancient Babylonian so much that he decided to learn the language. Not just to read it but to speak it correctly. Babylonian went extinct around the time that Jesus was born.

Nearly 2,000 years of silence did not deter Dr. Martin Worthington, who already spoke Sumerian, Assyrian, English, Italian, and French. For over 20 years, he dove into ancient scripts and compiled a unique archive of research.

After gleaning correspondence, treaties, letters, and scientific reports written in Babylonian, Worthington arrived at a point where he could speak it. He was the first to admit that the project was not perfect. Although he could give a speech in the lost language, he was not fluent.

Worthington now teaches the language to Assyriology students, mainly to bring them closer to the ancient world they chose to study. Interestingly, if the two were to meet, ancient Babylonians might understand modern speakers because the language is related to Hebrew and Arabic, which replaced Babylonian as the Middle East’s dominant language.[10]

Read about more intriguing cases involving ancient art and writing on 10 Fascinating Pieces Of History Revealed By Ancient Art and 10 Unusual Art And Writing Discoveries From The Ancient World.