Every year, more animals are added to the endangered species list, with quite a few eventually listed as extinct. Clear-cutting of forest areas, controlled burns of grasslands, and the introduction of dogs and other predators have added to the burden of existing wildlife.

We will never see another dodo bird, certain subspecies of black rhino, or a quagga unless someone figures out how to apply the scientific methods that were used in the movie Jurassic Park.

But what if some of these animals aren’t really gone? What if a few of them still exist? We’re not hoping for a T. rex to walk down the street, but maybe a Tasmanian tiger? With the way new species are being discovered so often, it wouldn’t surprise us to see a few of these special creatures return.

Here are 10 notable cases of the possibly extinct coming back for a second chance at life. 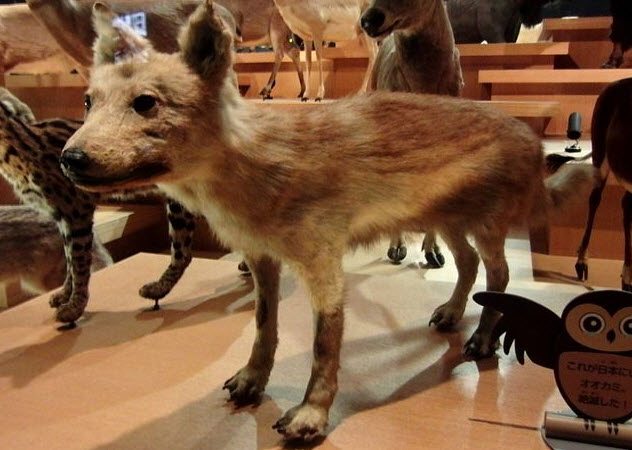 The Honshu wolf (aka the Japanese wolf) was the smallest breed of wolf in the world. They were only about 76–89 centimeters (30–35 in) long and about 30 centimeters (12 in) in height. They had short, wiry hair (almost like a coyote), short legs, and a tail more closely resembling a dog than a wolf.

They were believed to be a subspecies of the gray wolf when they were first identified in 1839. Some scientists believe that the Honshu wolf wasn’t a wolf at all, being closely related to dogs of the area.[1]

They were believed to have been ravaged by rabies outbreaks when the disease was introduced to the region by domesticated dogs and cats. Areas deforested for crop growth and natural conflicts with humans added to the Honshu wolf’s demise, with the last one officially killed in 1905.

Villagers have reportedly seen possible Honshu wolves walking along the edges of streams in the highlands. But none of the sightings have been verified to date. 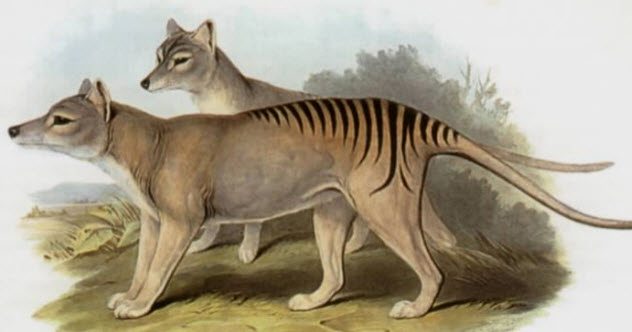 The thylacine (aka the Tasmanian tiger or Tasmanian wolf) supposedly became extinct in 1936. They were named “tigers” because of the stripes on their fur. However, they were actually marsupials, more closely related to the Tasmanian devil. During the 19th and early 20th centuries, ranchers actively hunted thylacines to prevent them from attacking livestock.[2]

Little is known about the thylacines’ mating and reproductive habits because all our information comes from the dissection of organs and sightings by various naturalists and native bushmen. As the thylacine had been opened up to a government bounty, the results of any studies may have been skewed.

Since that time, there have been quite a few sightings from respected resources in mainland Australia and Tasmania. This isn’t unusual as other supposedly extinct creatures have been found in the area. 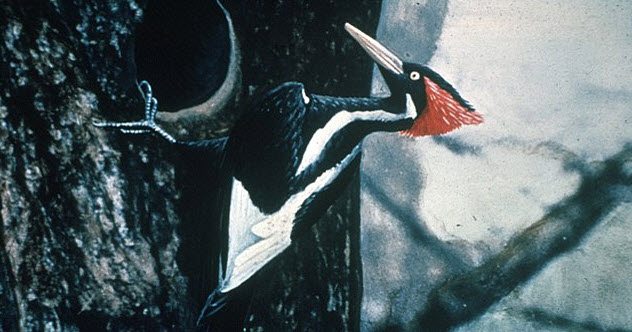 This beautiful, large woodpecker had been believed to be extinct for decades until a man walking through a swamp forest in Arkansas took a picture of one. It had been 73 years since the last verified picture of the bird was taken.

Though this new image cannot be verified as an ivory-billed woodpecker, there are enough hints to lead conservationists to believe that there may be more around the area. Others argue that it is a photo of a pileated woodpecker as the two birds are hard to distinguish from each other at a distance.

Two videos taken in 2006 and 2007 from the Pearl River on the Mississippi-Louisiana border and another from 2007 in the Choctawhatchee River swamp in Florida clearly show a large woodpecker that could easily be an ivory-billed woodpecker.

These birds grew to a length of up to 51 centimeters (20 in) and a wingspan of around 76 centimeters (30 in). They were considered to be carnivores as they relied mainly on insects for their diet.[3] 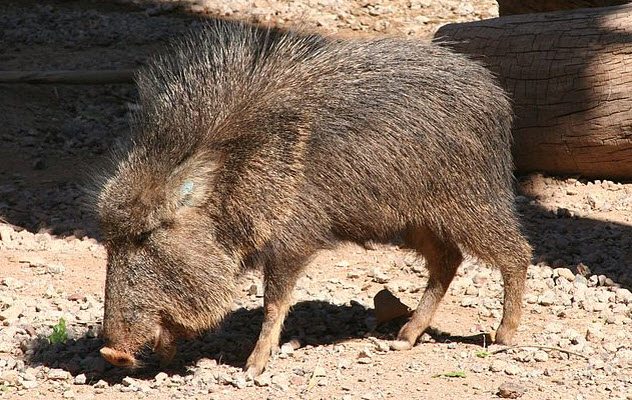 They tend to travel in groups. When frightened, they raise the hairs on their backs and spray a fluid from glands that will tell other peccaries to stay together. They have a lot of piglike features.

In 1971, it was discovered that groups of them were hiding in Bolivia, Argentina, and Paraguay in the Gran Chaco region. The native peoples of the area had been aware of their existence the whole time.[4]

But don’t celebrate just yet. Hunting Chacoan peccaries is legal, and they seem to have naturally occurring health problems. So they may go right back to being extinct sooner rather than later. 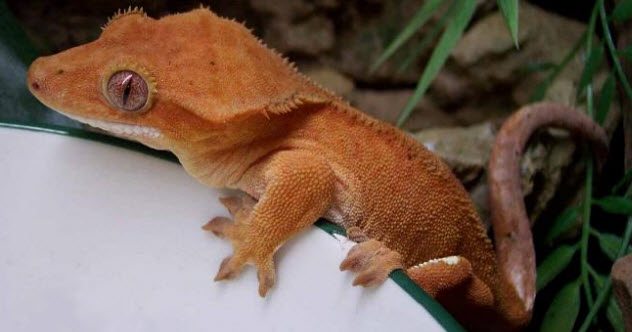 Having once been found in the South Province in New Caledonia, the crested gecko was thought to be extinct for ages. Then, in 1994, they suddenly reappeared. Crested geckos grow to a total length of 20 centimeters (8 in) for both males and females.

The crested gecko has tiny projections around its eyes that look like eyelashes. This led to the nickname “eyelash gecko.” They have a crest that runs from the edge of each eye all the way back to the tail. As crested geckos do not have eyelids, they lick their eyes to keep them wet.

Since their rediscovery, they have made an unbelievable comeback. They can live to the ripe old age of 15–20 years and are quickly becoming popular pets for lizard enthusiasts. However, they can be expensive to purchase. Prices range from around $70 to well over $400. They are true omnivores and eat insects, fruit, and seeds as a balanced diet.[5] 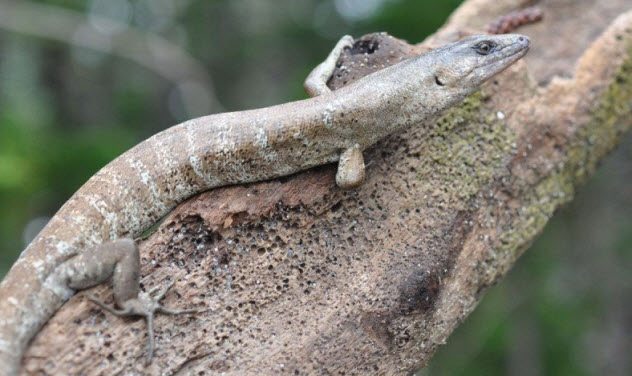 What is it about the area around New Caledonia and seemingly extinct lizards? The terror skink is a fairly large lizard measuring up to 50 centimeters (20 in) in length that was native to the Isle of Pines off the coast of New Caledonia.

They mainly live on land and are probably nocturnal. They may also climb trees. Like most skinks, they are omnivores, eating a regular diet of other smaller lizards, insects, birds, and eggs from birds and lizards.[6]

Terror skinks have teeth that are long, sharp, and curved. These animals were thought to be extinct for over 100 years because only one specimen had been found in the early 1870s. Then, in December 2003, specialists from the French Natural History Museum caught a terror skink, filmed it, measured it, and let it go.

As they are still so rare, terror skinks are considered to be endangered. Cats brought to the islands by settlers and rats that live in the area have become the natural enemies of terror skinks.

The Laotian rock rat—also known as a “rat-squirrel” due to its thick, furry tail—was at one time considered to be a separate breed from other rats. It was referred to as a living fossil, with some remains dating back 11 million years.

There have been ongoing arguments concerning the rat’s exact genus and family. These animals live in spaces between karst limestone falls and boulders on hillsides. As they are rarely seen in daylight, they are believed to be nocturnal. They are herbivores, mostly eating grass, seeds, and leaves. Occasionally, they eat insects. Female Laotian rock rats only give birth to one baby per cycle.

The animal was rediscovered in 1996 when its meat was found in a local meat market. Several other specimens have been found since then, making scientists believe that there may be far more Laotian rock rats than were thought. This animal is still listed as endangered. It can be found in the Khammouan area of Laos.[7] 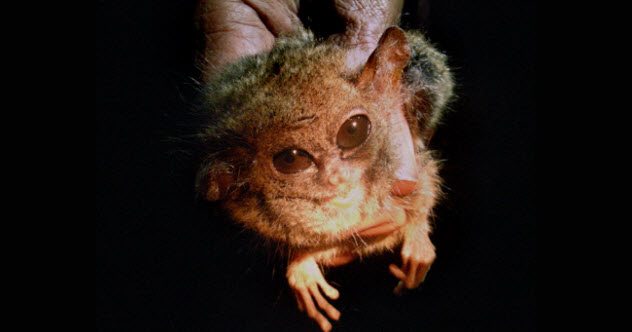 If you ever want to hide from the world, you should take lessons from the pygmy tarsier. These tiny primates have large round eyes, hairless ears, long fingers ending in sharp claws, and long thin tails to help with balance and holding onto branches.

They are native to Indonesian cloud forests at elevations over 1,800 meters (5,900 ft). They are basically ground dwellers, living around pine saplings on the floors of the forests. They were added to the list of extinct creatures when no specimens could be found by 1930.

Eighty years later, an exploration team set out to verify that pygmy tarsiers were indeed extinct. Surprise! As they are so tiny—only 10 centimeters (4 in)—and are strictly nocturnal, they are pros at hiding. Though some people would love to have a pygmy tarsier as a pet, it is strictly forbidden in most countries. Only four have been found and radio collared.[8] 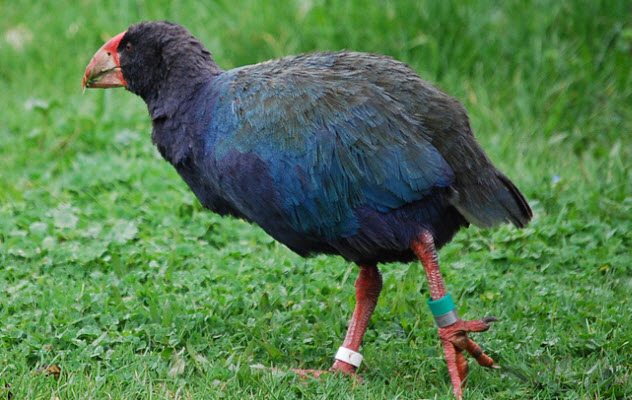 Like the pygmy tarsier, the takahe was rediscovered while trying to verify that it was extinct.

The takahe was declared extinct in 1898 and then discovered to be alive 50 years later. These flightless birds are native to New Zealand. They have beautifully colored feathers of turquoise, peacock blue, and olive green as well as strong beaks and legs with red markings.

Although they don’t fly, takahes have wings. But they are only used for mating displays. The biggest danger to takahe populations was the introduction of predators such as cats, dogs, ferrets, and stoats (a type of weasel). Stoats have become numerous in the main regions where takahes live.[9]

Due to captive breeding programs, the takahe population has increased over the years. But there are not as many as we would like, so the takahe is still considered to be endangered. 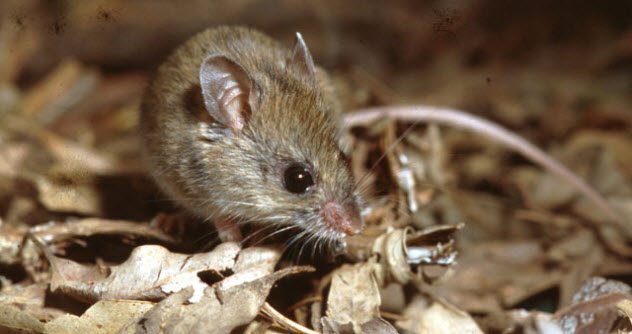 These creatures can only be found in the Australian states of Queensland, Tasmania, New South Wales, and Victoria. New Holland mice from Tasmania have slightly heavier body weights.

Strangely enough, New Holland mouse populations tend to rise a few years after wildfire outbreaks. Like all mice, these animals are omnivores. They mostly eat seeds and fungus.

Female New Holland mice typically have one litter during the first year in which they are able to reproduce. In the second year, they can have up to three or four litters of one to six babies each. Due to habitat loss, wildfires, fungus, and more, the New Holland mouse population is expected to decline by about 10 percent over the next decade.[10]

Joan is a little old nerd.