Do you have a kink? Perhaps one you’re ashamed of or keep secret? Or do you rock your leather proudly for nights out on the town, strutting your stuff with the best of them?

Kinks and taboos have been built into the very fabric of the sexual experience since the dawn of time, and people have been kinky for as long as they’ve been having sex. Have you ever wondered where your kinks come from? Have you ever thought about who started this unorthodox sex act or that one? 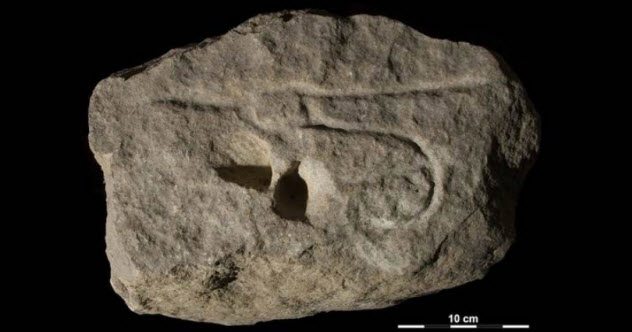 Kink and sex has a long, rich tradition. In fact, sexuality is so deeply ingrained in the human experience that some of our earliest art was of sexual organs and the sex act. In caves that may have been inhabited as early as 37,000 years ago, depictions of the human vagina were found etched into the rock.

Although some animal pictures are mixed in, the site in southeastern France mainly contains explicit depictions of the human vulva. Cave art with a sex theme has also taught us a lot about history, especially about the Americas and their people.[1]

Recent discoveries of cave paintings in Brazil show that people may have crossed over and inhabited the Americas as early as 30,000 years ago, 18,000 years earlier than previously believed. What was the content of some cave paintings that taught us this? Sex, of course. 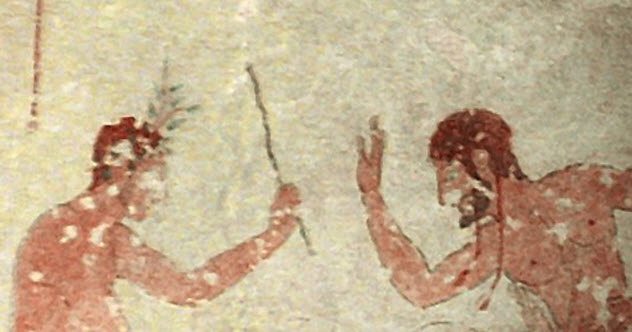 Both men have their hands raised. One has a stick, prepared to spank her behind as she pleasures both men. The painting is fairly worn down. But the scene is still explicit, and it’s obvious that the artist was trying to portray some kinky stuff from thousands of years ago.

We often like to think of these activities as something new, as perverse symptoms of immoral times. But human sexuality has been around since the dawn of time, and mammalian and primate sexuality have been with us even longer. 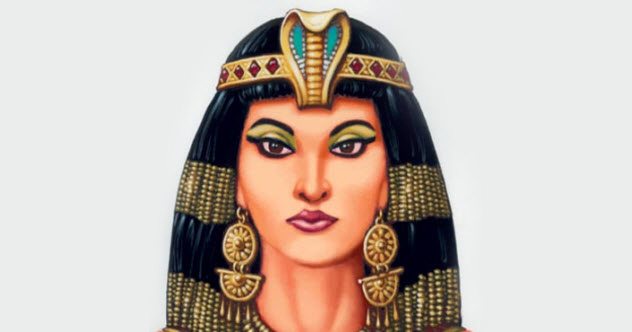 Ancient Egypt was rife with prehistoric sex practices. As can be imagined by looking at their art and religious practices, ancient Egyptians commonly engaged in zoophilia (aka bestiality). Men had sex with cattle and many other domesticated animals. In fact, ancient Egyptian hieroglyphics depict bestiality as early as 3000 BC.

Cleopatra was definitely on the kinky side, and this invention was a hallmark of ancient ingenuity. The concept is simple: She had a phallic-shaped object hollowed out and filled with live bees, which would then stir about angrily and cause the object to vibrate and bounce around. In a time before mechanics and motors, human inventiveness and dirty desire found a way. 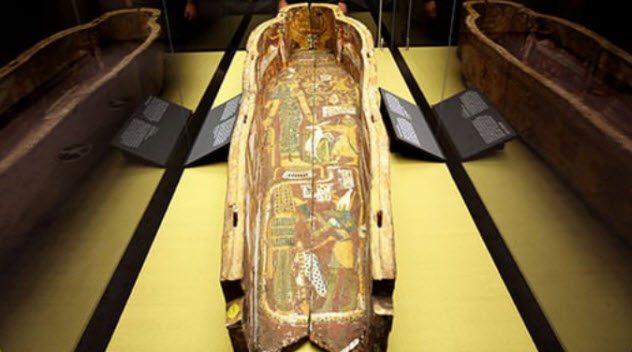 In keeping with their death worship, ancient Egyptians frequently practiced necrophilia (sex with the dead). From religious obsession with the afterlife to admirable embalming practices and massive pyramid graves, ancient Egyptians were fascinated with death.

The wives of men of rank are not given to be embalmed immediately after death, nor indeed are any of the more beautiful and valued women. It is not till they have been dead three or four days that they are carried to the embalmers. This is done to prevent indignities from being offered them.[4]

In other words, let the body lie a few days so that putrefaction sets in. That way, an embalmer can’t have sex with your dead friend or relative.

Even ancient Egyptian mythology is filled with necrophilia. For example, Osiris and Seth were enemies. Seth destroyed Osiris and cut him up. The goddess Isis was charged with collecting the dead body parts, although the only body part that came up lacking when she tried to put Osiris back together was his penis.

So Isis created a new penis and attached it to the body of Osiris, who was now pieced back together. Then she had sex with the recreated corpse. This myth permeated the sexually liberal culture of ancient Egypt, where virginity was almost unheard of and unmentioned. 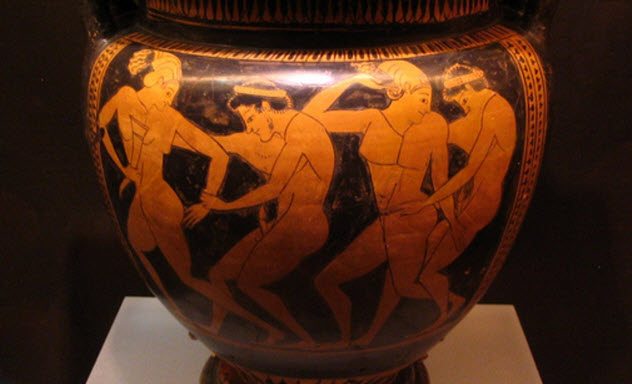 Group sex wasn’t limited to ancient paintings of threesomes. Greece was world-renowned for its debauchery and still lives in infamy over its rampant homosexuality. One thing that stands out as patently Greco-Roman is the obscene and extreme acts of group sex which were common throughout those ancient cultures.

A large part of the ancient Greeks becoming a cornerstone of Western civilization was their olive oil, a treasure throughout the entire known world at the time. Thus, the olive oil couldn’t be transported in any old container.

Taking great pride in their olive oil pots, the Greeks assigned their greatest artists to painstakingly inscribe various types of art on those pots. One of the most common themes was group sex.[5]

5 Cake And Sodomy With Caligula 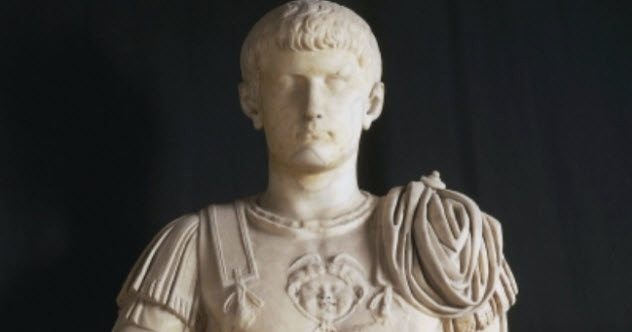 When it comes to exotic sex, nobody did it like Gaius Julius Caesar Augustus Germanicus (aka Caligula). As the emperor of ancient Rome from AD 37 to 41, Caligula used his power in the most provocative ways to exploit people.

Narcissistic, antisocial, violent, bloodthirsty, and hypersexual, Caligula did what he wanted and his abuses of power were seemingly never-ending. He effectively discarded the Roman Senate so that they could not obstruct him. Caligula even forced senators to serve him in the ancient Roman version of the miniskirt to embarrass them in front of good company.

Cut to 1932: Italy is frantically searching for boats called the Nemi Ships, which belonged to this ancient Roman emperor. Then-dictator Mussolini is trying to drum up Italian nationalism for the war effort and the newly employed Italian fascism. He thinks these boats are of great historical relevance.

Why, you may ask? Because they represent ancient Italian power.

Whether slaves or soldiers, Caligula had sex with whomever he wanted in any way that he wanted. When it comes to group sex, the Greeks couldn’t hold a candle to Caligula. Reportedly, he also enjoyed incest and murdering people during sex for fun.[6] 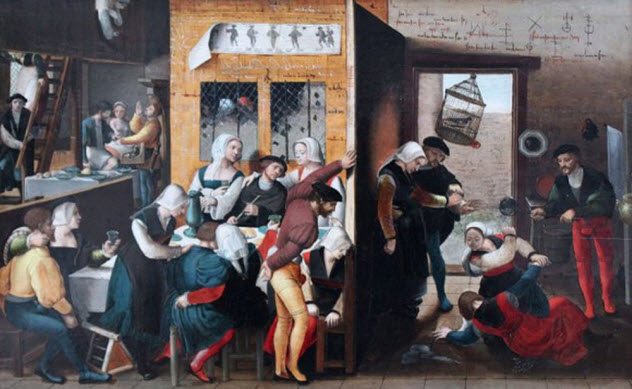 Contrary to popular belief, sex wasn’t the prudish, shunned thing in the Middle Ages that we tend to think it was. Sex was common, natural, and somewhat free (when done for the right reasons and phrased in the right ways in discussion). In medieval times, it was believed that sex was necessary and that abstinence could lead to severe sickness.

Women served as a religious sacrifice, and many devout Christians of the Middle Ages firmly believed that prostitution was good for religious men. Supposedly, men who did not release their sexual urges would go on to commit more vulgar and evil sins.[7]

If a woman was seen as impure, she would simply be a prostitute, which was rampant in the Middle Ages. To keep away from supposedly chaste women, men slept with prostitutes. Brothels were even set up so that the “good women” could remain “pure.”

In many places at that time, the church considered prostitution a necessary evil to keep men away from extreme violence. This is also why prostitution was actually a booming business at a time of seemingly rigorous chastity. 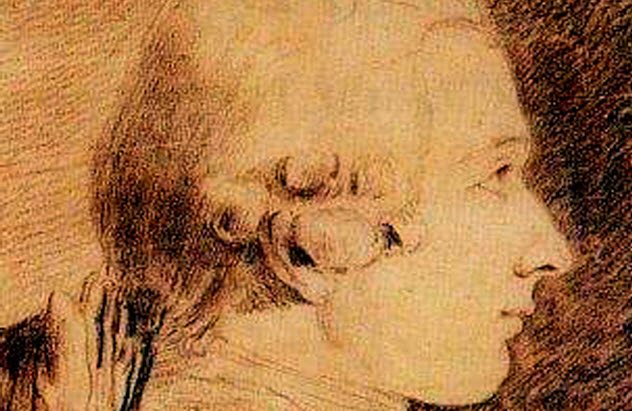 Marquis de Sade was a French writer who was heavily interested in sex and eroticism. He was most famous for a work called Justine, the 1791 version of Fifty Shades of Grey. The term “sadism,” which refers to sexual gratification from inflicting pain on another person, comes from “Sade.” 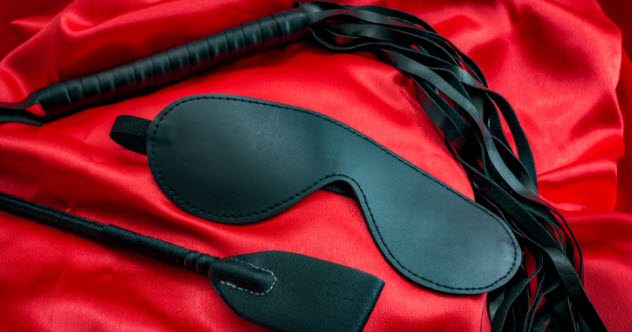 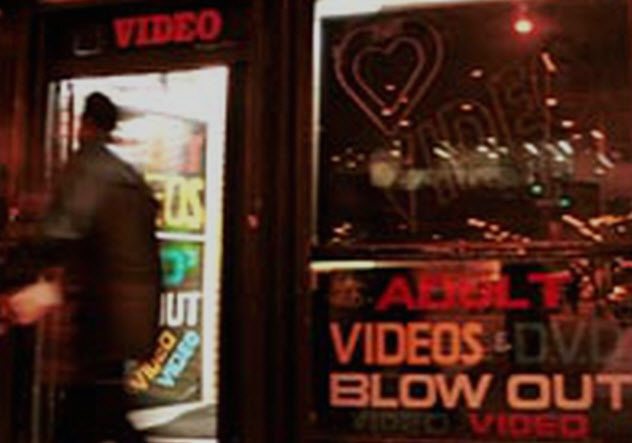 The world is full of quirks. For example, troilism (aka “cuckoldry”) is when a man likes to watch his partner have sex with other men, often without the other party’s knowledge. Then there are the things that you almost never hear about, like telephone scatologia, which is sexual pleasure derived from obscene phone calls or using foul language over the phone.

Not only are people out there doing kinks, there’s video evidence of it. While a definitive number of sexual kinks is hard to tie down, many estimates say at least 500 paraphilias exist. It seems that they always have. But they’re at our fingertips in today’s digital world instead of being practiced in basements or on lavish Roman ships.

The DSM-5 does note that paraphilias are not mental illnesses. So whatever your flavor of kink, rest assured that someone out there has probably done it tens of thousands of years before you were born.