“Don’t count your chickens before they hatch!” “Who let the cat out of the bag?” “Let’s kill two birds with one stone.”

These are just some of the phrases, expressions, and proverbs that we all use on a daily basis when conversing with one another. Whether you’re at work, at home, or hanging out with your friends at a bar, chances are you’ve uttered one of these phrases more than once in your life.

But do we ever stop and think about what these expressions really mean? Where do they come from? What are their origin stories? Heck, some of them don’t even make sense. So let’s chow down on some facts and learn where these phrases came from. More information is just a stone’s throw away. 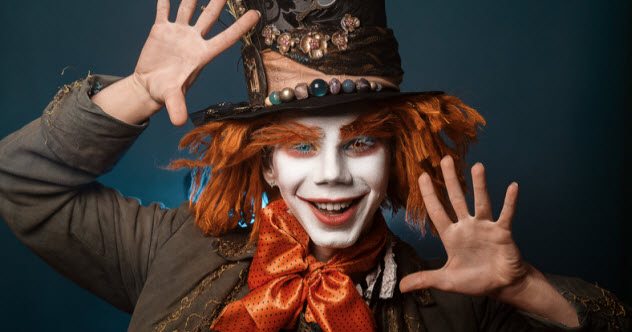 Ask the average person, and they’ll tell you this famous expression comes from Alice in Wonderland. But they would be mistaken. The Mad Hatter character isn’t the reason you use this phrase when describing someone who has completely lost his mind.

The true story goes back to the days when actual hatmakers used mercury to construct their products. The mercury used for the hat felt poisoned the hatmakers by negatively affecting their nervous systems.

Mercury caused aggressiveness, heavy mood swings, and erratic behavior. “Mad hatter’s disease” became the nickname for mercury poisoning, and the expression has been popular ever since.[1] 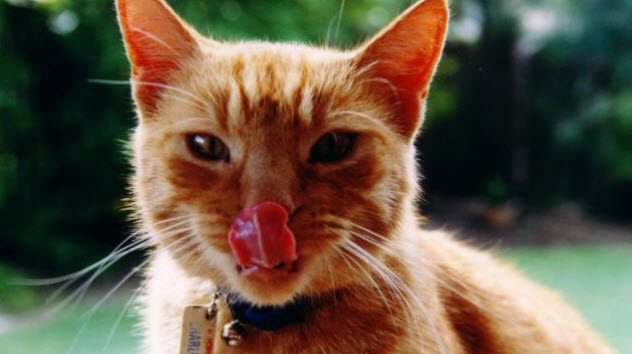 Often recited with a smirk, this expression has an interesting background and origin story. “Cat got your tongue?” is a line we use when reacting to someone who has been silenced or is at a loss for words.

So, what does it mean?

Well, surprisingly, it has nothing do with cats. In the English navy, punishments were handed out in the form of flogging, which was done with a whip known as a cat-o’-nine-tails.

It was quite the weapon. The pain was so bad that it caused its victims to go mute. They would be afraid to speak and would often remain silent for a long period of time after the flogging.

Drunken navy sailors would then walk around yelling, “Cat got your tongue?” as a way of taunting the victims.[2] So, next time you are left speechless because someone made a really good point, remember that it could be much worse.

8 ‘Don’t Throw The Baby Out With The Bathwater’ 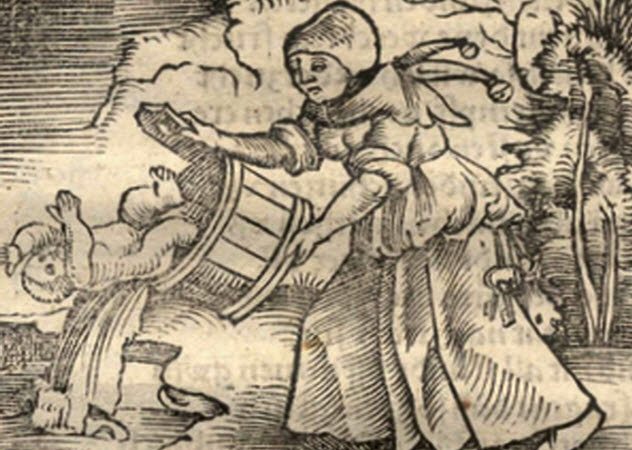 This strange expression dates all the way back to the 1500s. Believe it or not, people in the 16th century only bathed once a year! To make matters worse, entire groups of people used the same bath and the same water. The water was not changed as each person took turns bathing.[3]

The men would go first, the women were second, and the children and babies went last. You can imagine how dirty that water was by the time the babies were up. In fact, it was so filthy that the water became clouded. Sometimes, mothers had to make sure that the babies weren’t literally thrown out with the dirty bathwater. Whatever happened to women and children first?

The phrase, “don’t throw the baby out with the bathwater,” now means that you should make sure you don’t throw out anything valuable while disposing of unnecessary things. Nothing is more valuable than a newborn baby, so the phrase still rings true today. Fortunately, we all get to take our own baths (or showers) today. 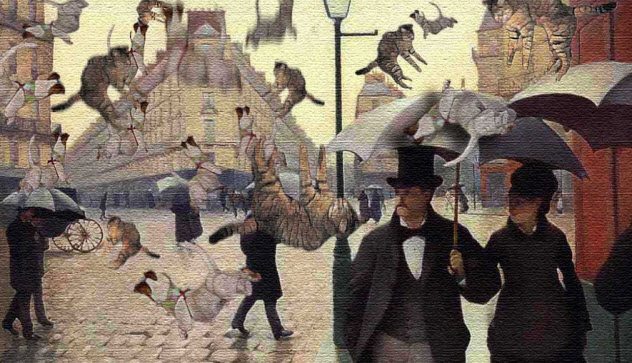 A long time ago, houses had thatched roofs. These roofs had thick straw piled together to form a ceiling but contained no wood underneath. They were typically seen on farms or in areas where there was a higher than average amount of wildlife.

On cold nights, the animals would search for warmth in their surroundings. According to one theory, the most reliable place was on top of that thatched roof with the pile of straw. Animals like dogs, cats, mice, and rats climbed on these roofs to sleep in a warm place. Bugs went there, too.

That’s one possible origin of this phrase. But many people feel that this story has been debunked over the years. Apparently, the animals would have had to lie on the outside of a thatched roof, which is a silly place to seek shelter during heavy rain.

So the origin of this phrase remains unclear. There are many alternative theories, including a popular one from Norse mythology. The Norse story features the storm god Odin, who was attended by dogs and wolves. It also has witches in it, who rode on their brooms with black cats during storms. When Odin became angry and caused a storm, cats were said to bring the rain and dogs brought the wind. 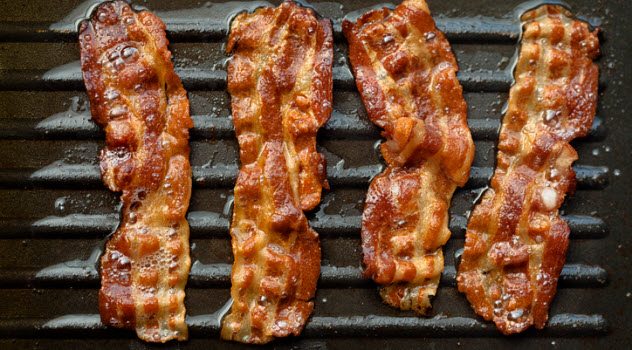 There are multiple theories as to where this phrase comes from. But the two most popular have to do with pigs. According to one theory, “bring home the bacon” comes from winners at state fairs bringing home the greased pigs they caught in competitions. The winners showed a sense of power and dominance.

The more popular theory[5] is that highly successful men back in the day would buy pork, cook up some bacon, and then hang the bacon on their walls when guests came over. This showed everyone how successful the men were.

Walking into a man’s house and seeing his bacon hanging on the wall meant that he was to be respected. In this case, bringing home the literal bacon was the ultimate sign of power and class. 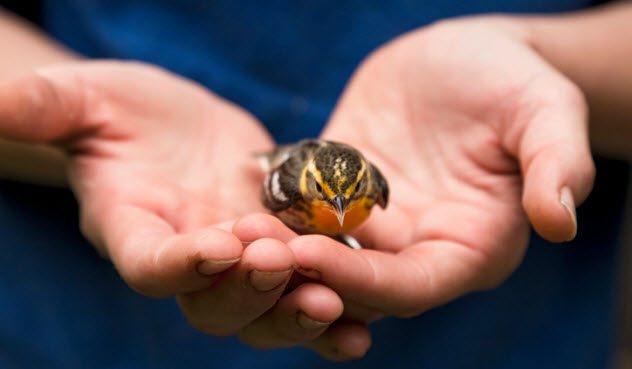 According to this popular proverb, it is sometimes better to have a lesser advantage if that advantage has a more certain outcome than to seek a greater advantage that could come to nothing. So where does this interesting expression come from?

The first known use of the proverb goes back to 1670 when John Ray used it in an A Hand-book of Proverbs.[6] 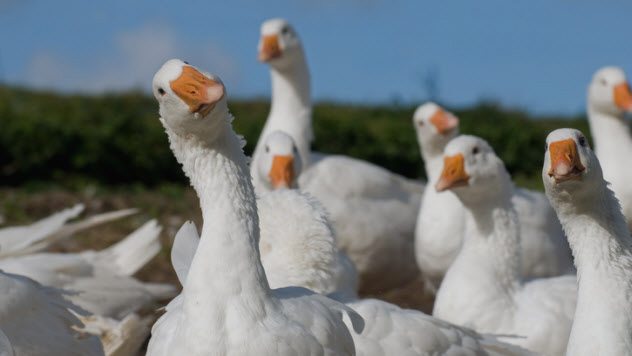 Jerry Seinfeld would tell you that this popular proverb refers to “a goose that had the ol’ switcheroo pulled on ‘em.” But like much of what that famous comedian says, he’s joking. 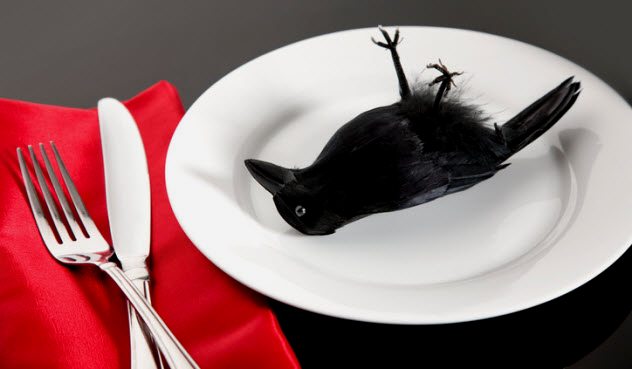 If we have to “eat crow,” it’s usually when we’ve been proven wrong after taking a particularly strong position on something. It doesn’t sound nice, and it isn’t.

The expression originates from exactly where you’d expect. The meat of a crow tastes as bad as it looks. It’s distasteful and hard to swallow. The simple connection to the term “eating crow” can start and end there, but there is an even more interesting origin story.

Back in the War of 1812, an American accidentally went hunting across British enemy lines. The US soldier was caught shooting and killing a crow by a British soldier in the area. As punishment, the British soldier, after complimenting the American on his accurate shooting, tricked the US soldier into giving up his gun. 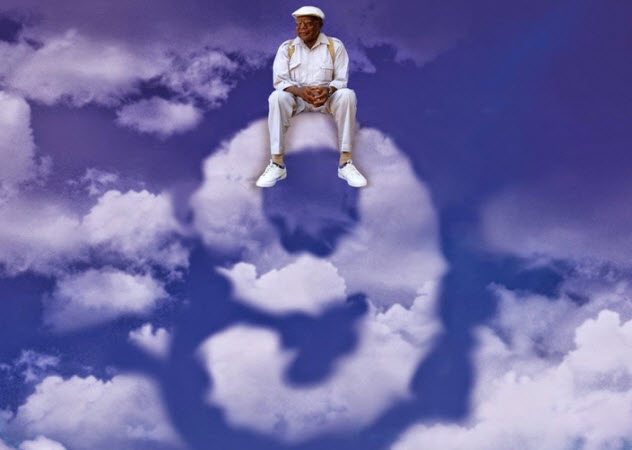 If you’ve lived a good life, chances are quite a lot. But did you ever stop to think about where the expression comes from? We always thought it was a reference to Heaven, but these theories explain the true nature of the phrase.

According to one known origin of the expression, one of the classifications of clouds, defined by the US Weather Bureau in the 1950s, is known as “Cloud Nine.” It is a fluffy, cumulonimbus type of cloud.[9]

What makes this cloud so special? Well, in the cloud community, it is considered to be the most attractive, which gives the phrase “on cloud nine” its positive connotation.

Another theory states that “Cloud Nine” is one of the stages of enlightenment in Buddhism. 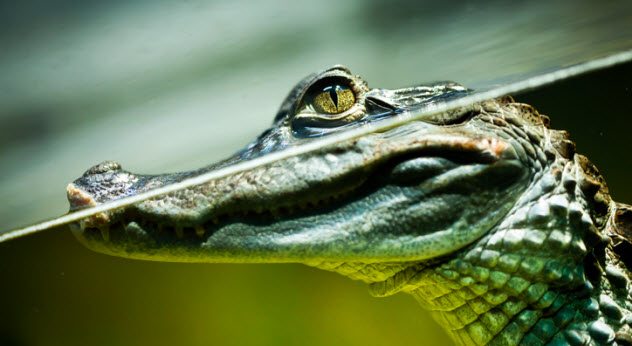 We all know what it means to cry “crocodile tears.” For those who may not, allow us to explain. The expression references someone who is faking crying or pretending to be upset. When they do this, they are known to be shedding crocodile tears.

What does this phrase mean, and where does it come from? Do crocodiles cry a lot? Is it because they never cry?[10]

Well, no, the origin is believed to be much more interesting. In an ancient anecdote, Photios claimed that crocodiles cry to strategically lure their prey closer to them. When the prey gets closer, the crocodiles drop the act and pounce on their prey.

So if a crocodile is sad and sincerely upset, is the crocodile’s tears still considered crocodile tears? 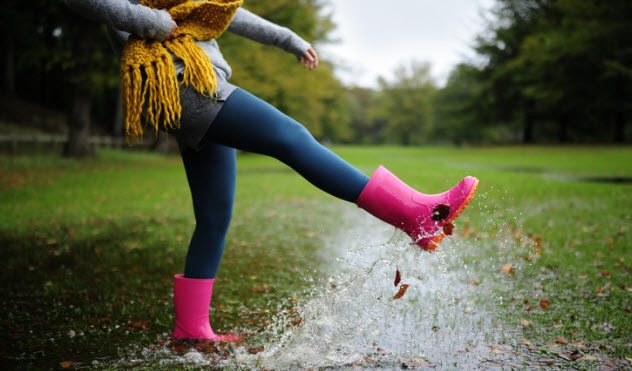 Here’s a bonus item on the list to boot.

“To boot” is an expression that means “in addition to” or “besides.” However, it has nothing to do with the type of footwear that we throw on our feet in the winter.

So, why do we use the term to describe adding on to something?[11]

Legend has it that the word “boot” in this instance comes from Old English and Middle English. The original word, bote, meant “to have an advantage” or “to have something included in a bargain.” Over time, as the English language evolved, the word bote became “boot” and the rest is history.

Zachary is an aspiring freelancer open to writing about sports, television, travel, and all things interesting. For bookings, please contact him here.