The 20th century was a time of immense global achievement but also of global unrest. It saw the fall and rise of empires, borders redivided, and nations created. It was a time when the world had a better standard of living then all human civilizations across all eras of time, but it was on the tip of a nuclear apocalypse.

10 The Curse Of Timur 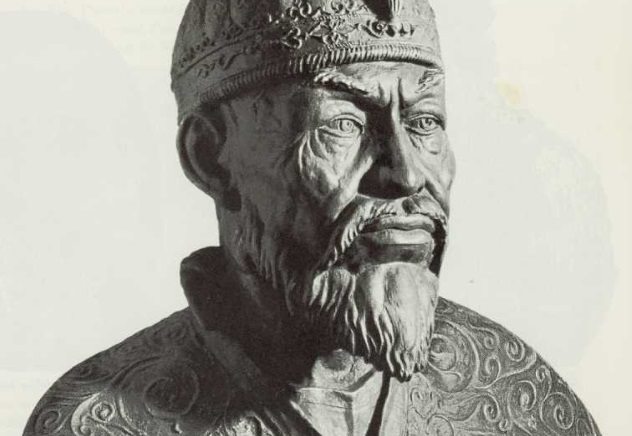 Timur (aka Tamerlane) declared himself a great khan in the year 1369 and made it his mission to rebuild the Mongol Empire into what it was at the time of Genghis Khan. After his death, he was buried with an alleged curse on his tomb stating that whoever shall disturb it will face an invader far worse than himself. According to local lore, the curse was said to take three days to affect the cursed.

In 1941, under the command of Joseph Stalin, Soviet anthropologist Mikhail Gerasimov excavated the tomb for the purpose of recreating Timur’s face. Three days after the excavation, the Nazis executed Operation Barbarossa, invading the Soviet Union without warning. This resulted in some of the deadliest battles in human history and many Soviet defeats. Only after Joseph Stalin ordered the reburial of Timur did the tides of war change in favor of the Soviets, allowing them to gain the upper hand against Nazi Germany, push their forces west, and turn the tide of the war in favor of the allies.[1] 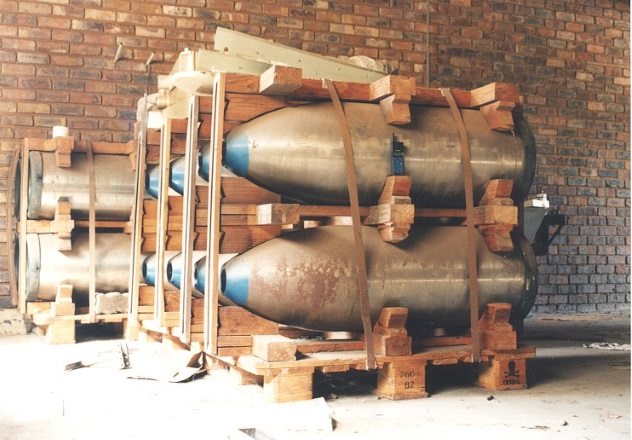 In a session of the South African parliament in 1993, President F.W. de Klerk revealed that at one point, the nation had developed a small arsenal of nuclear weapons. This confirmed the fears of many other African nations that the South African government had done so. However, in 1990, all South African nuclear warheads were dismantled in order to create “international cooperation and trust,” in the words of President de Klerk.

This was the first time in history that a nation voluntarily dismantled its nuclear arms and one of only four instances in history. The other nations dismantled theirs because they could no longer keep up with the maintenance after the collapse of the Soviet Union. South Africa’s decision, however, was made in order to extend an olive branch to the global community and show the nation’s devotion to peace.[2] 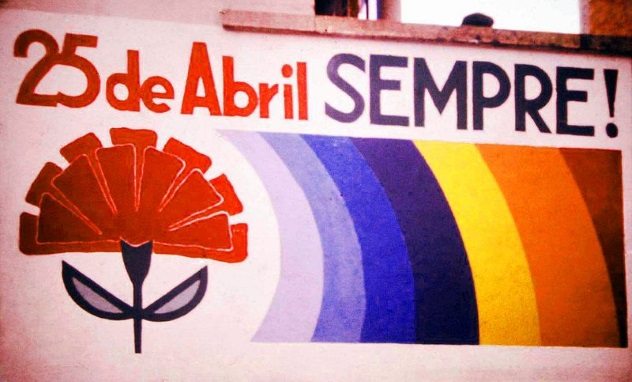 The Carnation Revolution took place on April 25, 1974, when the Armed Forces Movement, led by General Antonio Spinola and backed by many Portuguese military members and prominent civilians, ended the Estado Novo regime in Portugal.[3] The regime was replaced with a democratic system which restored many civil rights in Portugal. Over the course of the next ten years, a constitution was established, and a stable two-party system was formed.

One of the revolution’s main triggers was a large portion of Portugal’s budget being spent on fighting wars in the African colonies. After many years of fighting, the Portuguese military had become fed up with the large loss of life in an unwinnable war, thus motivating the coup. After the revolution, the new government gave independence to Portugal’s colonies. 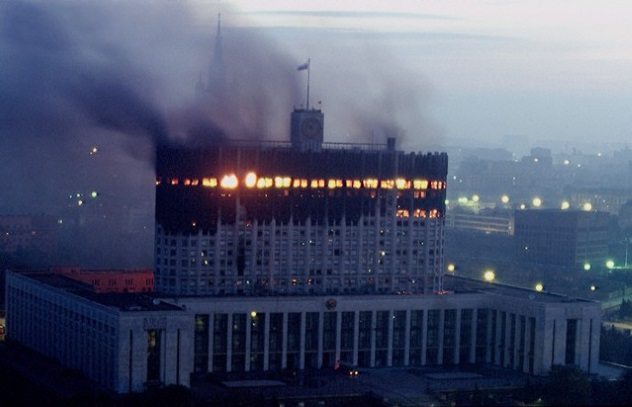 Not since the 1917 Communist revolution had Russia seen the level of political violence that it did during this crisis. It began due to the growing tensions between Russia’s parliament and President Boris Yeltsin. The peak of the crisis came on September 21, 1993, when President Yeltsin attempted to dissolve the parliament despite not having the authority to do so. As a direct response, the parliament impeached Yeltsin and named Vice President Aleksandr Rutskoy as the acting president.

The situation escalated on October 3, when demonstrators attacked Russian police surrounding the parliament, invaded mayors’ offices, and attempted to invade a Russian television network. The conflict ended on October 4, when the previously neutral army stormed Moscow’s White House (where the members of parliament were holed up) and arrested the leaders of the resistance under the orders of Yeltsin.[4]

George Wallace was the 45th governor of Alabama and the final independent presidential candidate to win promised electoral college votes. George Wallace was also one of the most controversial politicians in US history due to his extreme segregationist views. During his third presidential campaign in 1972, he was shot by Arthur Bremer during a campaign rally.[5] At the time of the assassination attempt, Wallace was showing positive support numbers due to his more moderate platform, but the shooting derailed his campaign.

Bremer served 35 years in prison before being released on parole in 2007. Wallace returned to Alabama and served out his remaining term as governor, despite being paralyzed from the waist down. He later tried unsuccessfully to run for president again. Wallace was later elected as Alabama’s governor for a final term before retiring from politics. 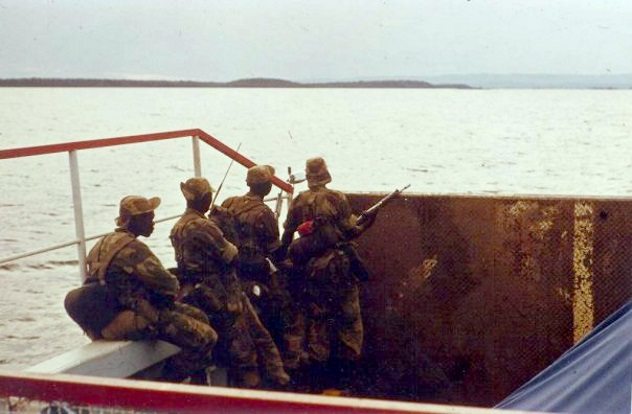 Founded as a British colony in 1890 by South African entrepreneur Cecil Rhodes, Rhodesia was nicknamed “The Breadbasket of Africa,” due to the extremely fertile farmland and hospitable climate. These features attracted many European settlers, primarily from Britain, during the 20th century. Rhodesia developed quickly into one of the most prosperous and developed regions in Africa and produced large amounts of natural resources, such as chrome and nickel. Rhodesians served Britain in both World Wars, and many Rhodesian men served as mercenaries during the Congo Crisis.

In spite of the development in Rhodesia, much of the native population felt disenfranchised by the white minority government, which largely excluded them from the political process. This gave rise to communist black nationalist groups, which waged guerrilla war on Rhodesia. During the conflict, Rhodesia unilaterally declared independence from Britain in 1965, resulting in heavy international sanctions.[6] The rebel government, led by Prime Minister Ian Smith, received aid from South Africa as well as the Portuguese colonies in the region, allowing the Rhodesian forces to fight for as long as they did. After the Portuguese colonies fell and the US government successfully pressured South Africa to stop aiding Ian Smith and his government, Rhodesia was left on its own.

The war lasted from 1965 to 1980, when the Lancaster Agreement gave the African natives control of the government, resulting in Rhodesia being renamed Zimbabwe and President Robert Mugabe coming into power, never to step down. 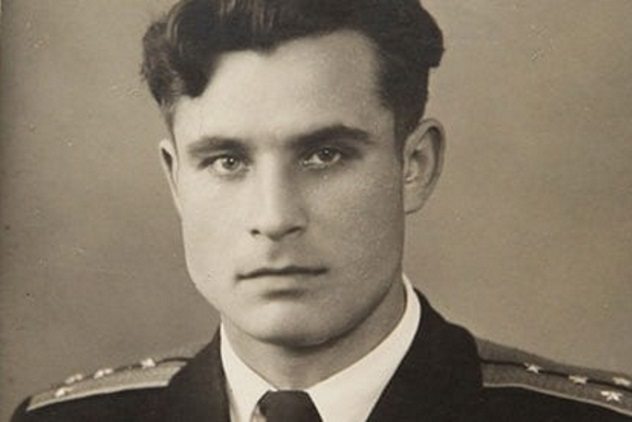 During the Cuban Missile Crisis, a Russian B-59 submarine was operating in the Caribbean while US military forces were dropping depth charges as part of their Cuban blockade. Panicked, the captain and senior officers debated what to do. On board this B-59 was a nuclear warhead, and as the bombs fell, the submarine’s captain felt it was necessary to launch the warhead.

Thankfully, according to Soviet protocol, all senior officers aboard must approve any launch of a nuclear warhead. Two of the officers voted in favor of a launch, but one senior officer named Vasili Arkhipov voted against it, thus saving the world from nuclear destruction.[7] 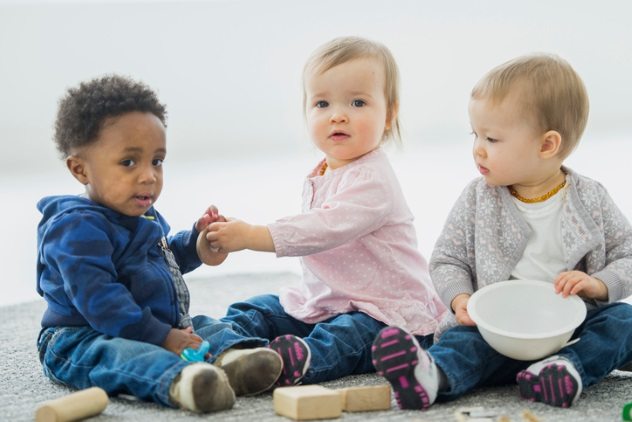 From 1980 to 1999, over 200 babies were born using the sperm of Nobel Prize winners, high-IQ individuals, and athletes. The project was founded by a Southern California tycoon named Robert K. Graham. Graham’s goal was to create a better generation through the use of positive eugenics. At the time, the project was controversial, with opinions ranging from it being elitist to straight-up genocidal. Nevertheless, the effort lasted for almost 20 years, with many babies being born.

Although no evidence has been brought forward to suggest that the children are above average in any way, shape, or form, largely due to the secrecy of the project, the families who have spoken about their children have described them as “wonderful.”[8]

2 Attack Of The Dead Men 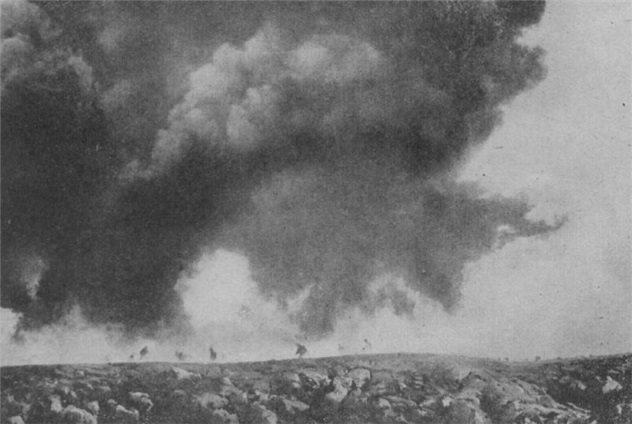 In 1915, World War I was in full rage, with never-before-seen weapons and tactics being employed by both sides of the conflict. According to one story, during a German offensive on the Russian Fort of Osowiec, located in modern-day Poland, the German forces employed chemical weapons on the Russians. The effects of the deadly gas on the Russian soldiers were catastrophic, causing them to cough up blood onto their uniforms.

When the Russians launched a counteroffensive, the invading German forces were horrified when they saw what appeared to be zombie-like soldiers. This resulted in the terrified German army retreating, despite having superior numbers against the Russian forces.[9] This story, although virtually unknown in the West, is a symbol of Russian military power and is commonly told and taught in Russia. 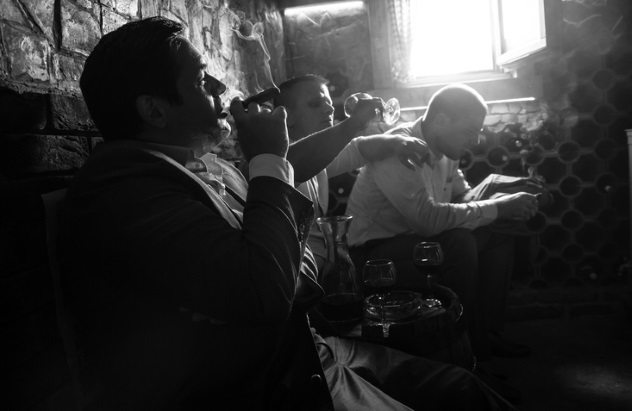 The months between the election and inauguration of President Franklin Delano Roosevelt was a time when American democracy hung in the balance. This was the Great Depression, and President Roosevelt’s plan to minimize its effects angered legislators on both the left and the right. The left argued that he hadn’t gone far enough, while the right believed that the new president’s policies were evidence that he was a socialist or communist, with some even going so far as to say that due to his Dutch descent, Roosevelt was a Jew and a part of a larger Jewish plot. This led to many calling for an end to American democracy and the institution of a communist or fascist regime.

These calls were taken a step further by a group of right-wing financiers. They hoped to convince President Roosevelt to step down and leave a military-led fascist government in his place. This group was able to gather millions in funds and also stockpile weapons in preparation for their new government. Their plan was derailed when they approached former Marine general Smedley Darlington Butler to lead their forces. Instead of joining the conspiracy, Butler reported the conspirators to Congress, recognizing them as traitors, thus putting an end to their plot.[10]

I am just a guy writing lists and trying to make money.

For more forgotten 20th-century events, check out 10 Lesser-Known Transport Disasters Of The 20th Century and 10 Nearly Forgotten Acts Of Terrorism From The 20th Century.